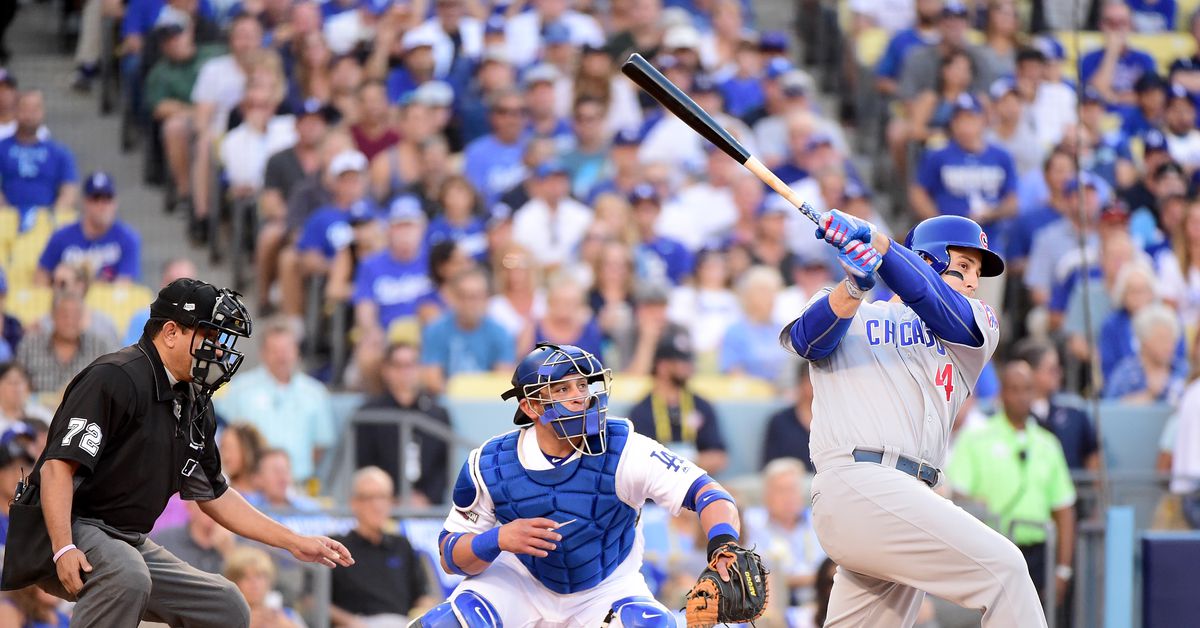 In a time of uncertainty for the Cubs, David Ross implored fans to keep believing.

‘‘People just need to stay positive,’’ he said. ‘‘We need the love. We need them rooting us on through thick and thin, good and bad. There are lots of quality human beings on this team and some good guys to root for. Continue having our backs and supporting us. That’s all we can ask for.’’

Manager Ross, at the crossroads of fading hope and inevitable change as his team faces a challenging offseason?

Nope. That was catcher Ross — exactly four years ago, in fact.

On Oct. 16, 2016, the Cubs were shut out by the Dodgers’ Clayton Kershaw and Kenley Jansen 1-0 in Game 2 of the National League Championship Series at Wrigley Field. Heading into a day off in Los Angeles, Ross spoke the words above. But the Cubs were shut out again, this time 6-0, in Game 3 at Dodger Stadium. The offense was stuck. Then-shortstop Addison Russell was at the tail end of a devastating 4-for-56 slump going back to the final week of the regular season. First baseman Anthony Rizzo’s postseason slump was about to reach a five-alarm 2-for-28.

Then-manager Joe Maddon kept telling his players to approach the games as though it was July or August, not October. Rather famously, of course, the offense got un-stuck and the series turned. The season would have the happiest of endings.

And since then? A lot of good times. And a lot of frustration. Offensively, the Cubs are stuck on stuck. It would be hard for anyone to ask fans with a straight face to believe that’s going to change with the same core of hitters who somehow managed to win it all once.

The same probably could’ve been written a year ago. Come to think of it, it was. It was written again at the start of this month as the Cubs fell to the Marlins — silently, like trees in a forest — in two wild-card games at Wrigley Field.

Well, here we are, writing it some more. Something about the Braves, Dodgers, Rays and Astros displaying lately just how thrilling it is when bats explode into baseballs in October has driven home the harsh reality about the Cubs: Nothing’s going to change unless and until the names on Ross’ lineup card do.

The question isn’t whether Kris Bryant, Javy Baez, Kyle Schwarber, Rizzo or anyone else should be moved; it’s how many of them and how soon it can happen.

‘‘Clearly, some change is warranted and necessary,’’ president Theo Epstein said. ‘‘We have not performed up to our expectations offensively, and especially at the most important times of year. Simply hoping for a better outcome moving forward doesn’t seem like a thoughtful approach.’’

Epstein has talked many times about his own shelf life, figuring a decade is long enough for him to be anywhere. The 2021 season will be his 10th with the Cubs. Maybe he’ll pick up and leave himself before then. Why not embrace the change?

Maddon was a terrific guy to have around, both as a manager and a character. He loved his slogans, didn’t he? ‘‘Try not to suck.’’ ‘‘Do simple better.’’ ‘‘Respect 90.’’ ‘‘Set the alarm.’’ ‘‘Pass the salt.’’ Some of those might be inaccurate; there were too many to remember.

For some of us, it’s hard to stop living in the past — to stop writing about it, too — when it comes to the Cubs. It might be because the present never quite lived up to it. Regardless, it’s time to cut it out. Time to get un-stuck.