I guess I could have pre-written this column. Just hours before one of the now-three World Series of Poker main event final tables, a player was disqualified for testing positive for COVID-19.

Whatever the actual chances are of someone testing positive for a disease that’s been at the heart of so much misery and pain for the year 2020, it felt to me like this was inevitable. Having people play in a tournament online and then fly to Las Vegas for the live final table in the midst of a pandemic was inviting disaster.

In fact, I said as much just a few weeks ago. (Vol. 34 Issue 1: This Is Not The Main Event You’re Looking For)

“Offering a tournament like this where players will have to travel to play in it, during the worst days of the pandemic, is a cynical and irresponsible move by those in charge at the WSOP and, even though I live only a four-hour drive from Las Vegas and have a safe place to play, I will not be participating in this event. I just don’t feel comfortable supporting it.”

There has been a lot of discussion on the internet about what should have been done by the WSOP after someone tested positive, including many suggestions that would not have been so harsh. But for all of the discussion, everyone who played in the tournament knew exactly what would happen if they made the final table and subsequently contracted coronavirus. It was stated right in the tournament’s FAQ that “any player who tests positive for COVID-19 prior to the start of final table play will be disqualified and receive the minimum final table payout.”

Everyone who decided to play in this event was aware of the risks associated with playing it and agreed to be disqualified if they made the final table and tested positive. The player who tested positive, Upeshka De Silva, received the ninth-place payout of $98,813.

De Silva was supposed to come into the final table with the eighth-most chips and is, therefore, not losing much theoretical value. However, the fact that it was De Silva who was disqualified is an interesting wrinkle. He is by far, the most successful tournament player of those who made the final table, with five times more earnings than his opponents and three WSOP bracelets already to his name.

The really unfortunate thing about all this story, other than Upeshka getting a disease that may have long-term effects on his health, is that I’m now more than halfway through this column and I still haven’t mentioned the winner of the tournament, Joseph Hebert.

It’s often said that nobody remembers the runner-up in major sports competitions. This is a situation where we might not even be able to recall the winner.

I really hope that we remember Hebert’s accomplishment, but if you imagine that Hebert loses to Damian Salas, the man who won the international version of this hybrid event, will we remember Hebert, or the fact that De Silva was disqualified?

If Salas loses, will we remember his win, or Peiyuan Sun, the Chinese poker player who opted to not travel to the Czech Republic for the international main event final table? What about Stoyan Madanzhiev, who won $3.9 million in the first WSOP main event of 2020, held this summer online?

(In fact, since Salas’ entry into the US has been delayed and the heads-up match will now be played in January, will we even consider the winner a 2020 champion?)

The sad fact is that there is a terrific story in each one of these people that made the final table, as the people who produce the WSOP broadcasts so often prove. The best story this year might be Gershon Distenfeld, who had just $10,375 in tournament earnings going into the final table but still pledged to donate all of his net winnings from his $125,885 eighth-place finish to charity. I hope that his story, and all of the interesting stories from the tournament, don’t get overshadowed by the coronavirus disqualification, but I have my doubts.

With a clear mind, and pure understanding of what they were getting into, each of the 705 entrants to the US main event and 674 entrants to the international main event put up their $10,000 buy-in and agreed to the terms and conditions surrounding this most unusual of main events. Now that the seemingly inevitable has come to fruition, there is nothing to do but accept the consequences therein.

So, while it’s still fresh in our minds. Please join me in wishing congratulations to Joseph Hebert, Damian Salas, and Stoyan Madanzhiev, the joint-winners of the 2020 WSOP main event. 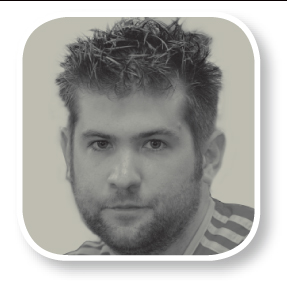 Gavin Griffin was the first poker player to win the Triple Crown, capturing a World Series of Poker, European Poker Tour, and World Poker Tour title, and has amassed more than $5 million in lifetime tournament winnings. You can follow him on Twitter @NHGG