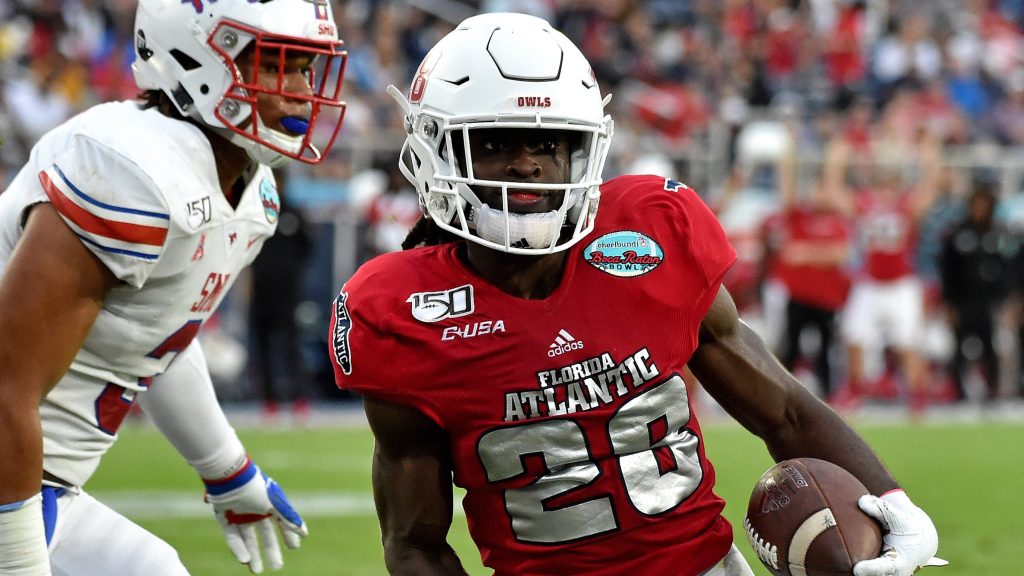 The Western Kentucky Hilltoppers (2-5, 1-2 C-USA) and FAU Owls (2-1, 2-1) meet in Boca Raton, Fla., for a 6 p.m. ET kickoff Saturday. Below, we analyze the Western Kentucky-FAU college football betting odds and lines, with picks and predictions.

Western Kentucky has stumbled through the first seven games on its schedule, winning just twice. WKU topped Middle Tennessee by 3 points (20-17) on Oct. 3, and FCS Chattanooga by 3 points (13-10) on Oct. 24. In its other five games, they have lost by an average of 18.4 points.
Last week’s cover by the Hilltoppers (+31.5) at BYU was their first of the season against six non-covers, and they covered by just a half-point, losing 41-10.
Florida Atlantic has covered each of its past two games since a non-cover (by 1 point) in the opener against Charlotte. The Owls are averaging just 18.0 PPG, as there has been a power outage since head coach Lane Kiffin left town. However, the defense has stepped up, allowing just 13.3 PPG to rank 10th in the country.

Get some action on this game or any other matchup with a legal, online bet at BetMGM in CO, IN, NJ, TN and WV. Risk-free first bet up to $500, paid in free bets. Terms and conditions apply. Bet now!

FAU (-278) has had difficulty moving the ball on offense this season, as new QB Nick Tronti has had some growing pains in his first full season under center. While the Owls “should” be able to get well against a poor Hilltoppers (+220) side, you can’t risk nearly three times your return on a struggling offense. AVOID.

Against the spread (ATS)

FAU -6.5 (-115) has covered each of its past two, while Western Kentucky is just 1-6 ATS, and that lone cover was just by a half-point in a 31-point loss. The Owls should get rolling against the struggling Hilltoppers, and FAU is particularly attractive since this line is on the favorable side of a flat 7.

A total in the 30’s in college football in this day and age is very irregular. It’s like going back to the 1990’s. However, playing OVER 39.5 (-110) is the way to go. The Owls will be able to get cooking against a defense allowing 29.7 PPG. RBs Malcolm Davidson, the team’s leading rusher, and James Charles should be leaned upon heavily to dent a WKU defense allowing 185.7 yards per game on the ground, 81st in the nation

Want some action in this one? Place a bet at BetMGM now. For more sports betting picks and tips, visit SportsbookWire.com. Please gamble responsibly.