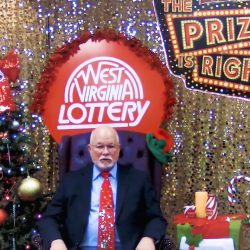 West Virginia legalized online poker, casino games, and sports betting in March 2019 after years of pushes by lawmakers like State Delegate Shawn Fluharty. There were five casinos with which online gambling operators could partner:

–The Casino Club at the Greenbrier (independent ownership by Governor Justice)

Not much happened in 2019, and the West Virginia Lottery Commission knew that it would take some time to devise the internet gaming rules and issue licenses. The original hope was that it would be completed by the summer of 2020.

By March 2020, the coronavirus pandemic was in full swing. Casinos across America shut their doors per government and health official mandates, and West Virginia’s five properties were no exceptions. Of course, West Virginia had not launched sites prior to that point, so it couldn’t take in the alternate revenue from online gambling like New Jersey and Pennsylvania.

What a missed opportunity in WV. Always the bridesmaid never the bride. #iGaming #wvpol https://t.co/5IIT12XINj

Lottery Director John Myers did see the missed opportunity and pushed forward with a set of emergency rules. The West Virginia Secretary of State approved the rules in the summer. And Myers said it was “conceivable” that igaming operators could launch as soon as June or July.

It seemed like a stretch to think that online casinos or poker sites could launch in such a short period of time. One site did manage to do it. The goal may have been for DraftKings, partnered with Hollywood Casino at Charles Town Races, to launch mobile sports betting, but it also delivered its online casino at the same time – July 2020.

Well, hello there. iGaming is live in WV: pic.twitter.com/NT9A7gG3Ro

BetMGM Casino launched its online casino games in August, via its relationship with the Greenbrier Casino Club.

Revenue began rolling for some West Virginia casinos as the pandemic continued to damage land-based gambling revenue throughout 2020.

What About Online Poker?

There is one thing standing in the way of Myers approving the launch of any online poker sites. That is a major federal lawsuit regarding the 1961 Wire Act.

The lawsuit came about after a 2018 memo from the US Department of Justice’s Office of Legal Counsel. It issued an opinion that the Wire Act could still apply to online gambling other than sports betting, despite a 2011 opinion that declared the opposite. The New Hampshire Lottery Commission and its lottery platform provider, NeoPollard, filed a lawsuit against the DOJ, US Attorney General, and the United States in general.

The US District Court ruled for the plaintiffs in a straightforward decision that set aside the Barr-led-DOJ memo. Of course, the DOJ appealed the case in the First Circuit Court of Appeals, and both sides presented oral arguments in June 2020.

The Appeals Court could render a decision at any time. The latest news from that court, however, was in late October when one of the three judges for the First Circuit died.

Judge Juan Torruella – one of the three First Circuit judges considering the NH Lottery Wire Act case – passed away yesterday. He was a brilliant jurist, an Olympic athlete, and a fascinating man. His passing will almost assuredly slow resolution of the landmark gambling case.

Even if the Appeals Court renders a decision in the coming months, the loser is very likely to appeal the case to the US Supreme Court. The filing of the appeal alone could take up to 90 days, and the case would then go to the pile of thousands of cases asking for a SCOTUS opinion. Should at least four justices agree to hear the case, it may take months to schedule oral arguments. Often, the court releases its major opinions in May or June.

Myers, on the advice of West Virginia Attorney General Patrick Morrisey, believes that the final ruling on the case will determine if interstate gambling is legal. Since the success of online poker depends primarily upon interstate poker site liquidity, Myers doesn’t see a point in launching sites that could – theoretically – be rendered useless by the Wire Act decision.

Myers told PlayWV in October, “We would love to see the launch of an online poker option with a provider in West Virginia. … We understand that the size of our market and concerns over the Wire Act are likely impacting our casinos and provider’s business plans in regards to offering online poker in our jurisdiction.”

When we contacted Myers in mid-December, he reiterated that his remarks stand. There is no change.

It is unlikely that West Virginia will see state-regulated online poker before 2022.