This week’s casino news starts us off with the news from a trio of states that are looking to push forward with sports betting. Let’s take a closer look at what progress is being made:

For Massachusetts, their bill is currently being represented by Sen. Brendan Creighton. Creighton had made this bill last year, but it ended up dying rather quickly. He is now reintroducing the bill with the same argument, that residents of their state will simply use black market sportsbooks if they continue to keep it illegal. This particular bill would allow people to bet in person while also changing the age restriction to 21.

Lastly, Minnesota has created a bipartisan bill in the hopes that it can be passed as well. As of right now, there are a ton of states that are looking to legalize or expand their sports betting, such as New York, Arizona, Kentucky, Georgia and Florida. 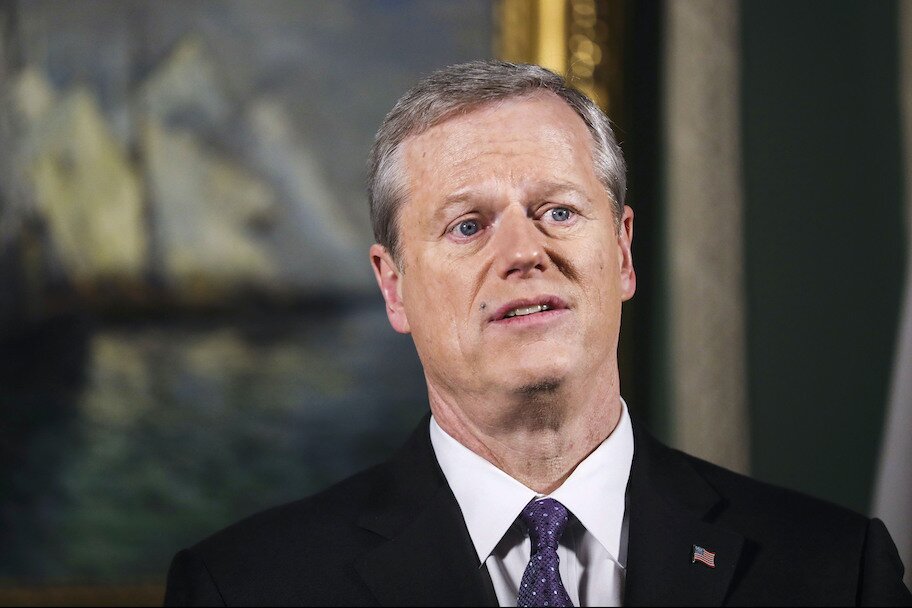 Massachusetts Gov. Charlie Baker during his State of the Commonwealth address.

Things may be slowly returning to normal to be as several states are attempting to lift their restrictions and reopen a few casinos following COVID-19 shutdowns. In the state of California, many of the casinos that operated outdoor tents in recent times will be allowed to reopen. The Bicycle Casino and the Commerce Casino both tweeted out that they will be returning very soon.

In Massachusetts, Gov. Charlie Baker is going to allow his casinos to go back to 24-hour operations this week. This was one of the largest restrictions that states had put into place but it appears that Baker is confident that his casinos will be able to succeed without it.

Gov. Tom Wolf in Pennsylvania had shut down his casinos towards the end of December but has since allowed them to reopen just after the new year began. That’s good news for players looking to get back in action as they can get back to playing as per usual.

Caesars Entertainment Proclaimed As One Of ‘America’s Most Responsible Companies’

Caesars was able to get a total score of 79.7 out of 100, doing pretty well in multiple categories such as environmental, social and corporate governance. There was one category that set them apart from the rest and that was the Entertainment, Leisure and Dining category, that saw them rank No. 1.

Arguably, the most impressive statistic from these rankings is that Caesars picked up a perfect 100 in the Human Rights Campaign’s 2021 Corporate Equality Index. This happens to be the 14th straight year that Caesars Entertainment has gotten this score.