Everything is on the line for the Washington Football Team as they look to secure a playoff berth against the Philadelphia Eagles on Sunday Night Football in the final regular-season game of the 2020 NFL season.

With an SNF victory, Washington (6-9) would win the NFC East and the automatic playoff bid that goes with it. If Washington loses, the Cowboys-Giants winner from the earlier in the day gets the division title. The Eagles would love to play spoiler.

Washington has covered the spread in five of its past six games, while Philadelphia is on a 4-0 ATS run as a home underdog. Let’s take a look at some of the best bets that fans of NFL betting should consider:

CHECK OUT & BOOKMARK: Our Expert NFL Picks Every Week Of The Season

Washington vs Eagles Odds & Props To Back

NFL odds listed are current as of publication and subject to change. 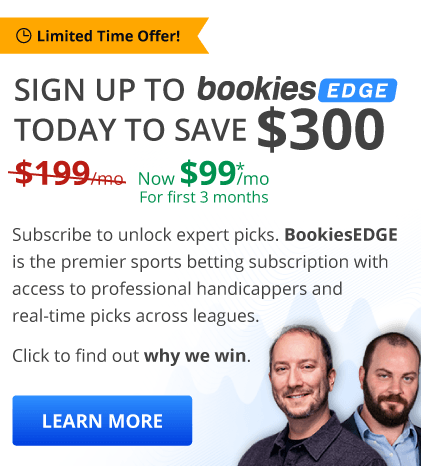 Offense hasn’t been the strong suit for either team, but this is a “pull out all the stops” event for Washington. Philly will probably have to get in a shootout to win. These teams average a combined 42.4 points per game and allow 47.6 ppg, so even an average game should bring us an Over at this total. Locked in at Over 41.5.

Few teams can boast such first-half ineptitude as Washington, which averages just 7.9 ppg in the first half (same as the Jets) and allows 14.9 ppg. Washington has found its offense often enough to turn things around after halftime this season; the Eagles don’t have that same history of hitting the gas pedal. Find the best price for the double result at Unibet.

Each team scores more points in the fourth quarter than any other frame and it isn’t remotely close, as they average a combined 15.9 ppg. The teams also combine to allow 11.5 ppg in the fourth thanks mostly to the Eagles’ defensive issues down the stretch. But Philly has nothing to lose so the Eagles might air it out. Secure the best odds for the 4th quarter prop at FOX Bet.

The Washington offense comes alive in the fourth, and so does its defense, which ranks third in points allowed in the frame. We’re doubling down on a strong Philly start and stronger Washington finish. Back the Washington scoring Over at FOX Bet.

These teams have about the same number of punts in 2020 and even the Eagles home/Washington road splits are identical. But Eagles coach Doug Pedersen has nothing to lose here. Expect not only a trick play or two, but a few fourth-down tries that he might not attempt in a game with stakes for his team. Washington might push the envelope late if needed, but Philly is more likely do so throughout. Lock in the punt prop at William Hill.