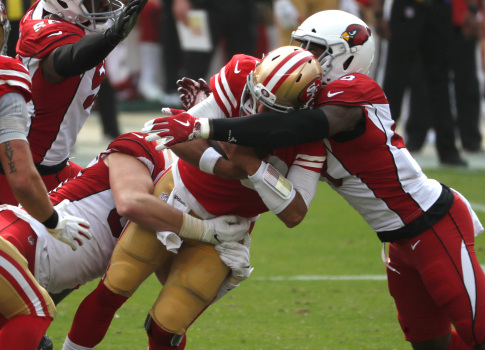 The games were still fairly enjoyable this weekend despite having no fans in the stands. The stadiums piped in their fake fan noise which kept it from being eerily quiet. Most shots of the action are close-up so the stands are not seen anyway.

The first week produced a few surprises. The 49ers losing to the Cardinals was a bit of a surprise. The loss was disappointing enough that it led HOF’er Jerry Rice to rip his former team. The Niners were heavy favorites to win their division.

The Browns stunk it up in Baltimore. Its only matter of time before that experiment collapses on itself. Too many egos. Not enough cohesion. The Ravens played lights-out football.

The latest Super Bowl Odds are live. Its no surprise that the Chiefs are still the overall favorite. They beat up on the Texans pretty good and the reigning MVP looked great.