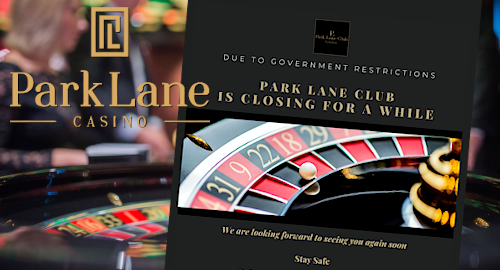 UK gambling regulators have revoked the license issued to the Park Lane Casino due to concerns over how the company’s new ownership financed the deal.

On Wednesday, the UK Gambling Commission (UKGC) announced that it had revoked the gaming license issued to Silverbond Enterprises Ltd, which operates the swanky members-only (£1k fee per year) Park Lane Casino at the Hilton Hotel in London’s Mayfair region.

The decision, which was made October 21 but only made public this week, came following a hearing with the UKGC’s Regulatory Panel. The revocation will become official on November 18 unless Silverbond mounts an appeal of the decision. The casino’s website currently features a notice saying it was closing “for a while” but this is likely a reference to the government’s second pandemic lockdown of non-essential retail operations.

The UKGC said there’d been a “change in corporate control” at Silverbond and the regulator was “not satisfied” that it would have issued the venue a gaming license had the new controller been in control at the time the license application was first made.

Specifically, the UKGC was “not satisfied as to the source of funds (SOF) used to acquire and support the licensee” when the change of control took place, and expressed similar dissatisfaction with information provided regarding “to whom future profits of the Licensee would be paid.” The regulator also “identified concerns” regarding the new controller’s suitability “because of its satisfactory history in providing information requested.”

UKGC exec director Helen Venn said the regulator had a responsibility “to maintain public confidence” in the gaming industry, which necessitated access to “information about those who run or have significant interest in gambling businesses.”

In 2018, Silverbond’s license was put under review after its owner, Latvian businessman and (briefly) the country’s former finance minister Vasilijis Melniks, had assets seized by Ukrainian authorities following a corruption probe. Among the seized assets was Eiroholdings Invest, which owns Silverbond, and which was wholly owned by Melniks.

Silverbond’s license was previously put under review in 2016 after Park Lane was caught offering check-cashing services to VIP gamblers without adequate SOF checks. The following year, the UKGC required two Park Lane execs in charge of anti-money laundering processes to undergo refresher courses on what was required of them.

In September 2019, the UKGC imposed a £1.8m penalty on Silverbond for social responsibility and anti-money laundering failings, including shoddy due diligence checks on many of the casino’s biggest whales.