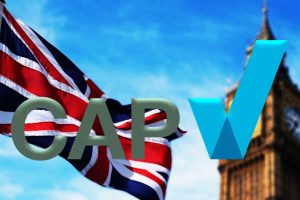 The UK Committees of Advertising Practice (CAP) is set to soon ban the use of sports personalities and other celebrities in gambling ads in a bid to clamp down on advertising activities that target underage audiences.

The CAP is the regulatory body tasked with setting the standards for advertising in a safe and responsible manner and monitoring whether advertisers comply with these.

The regulator is introducing the new rules after conducting a public consultation on the matter. The CAP said that the new measures will have a significant impact on betting and gaming ads that feature prominent sports personalities as well as reality TV stars, social media influencers, and other celebrities.

Under current rules, a gambling ad is banned if it is more likely to appeal to children than to adults. Under the CAP’s new measures, any gambling ad appealing to underage viewers will be banned, regardless of how adults view it.

The CAP is tightening gambling advertising rules as the UK Government is preparing for the biggest overhaul of the nation’s Gambling Act since its enforcement in 2005.

The CAP said that the new gambling advertising rules were the result of a recently conducted research that was commissioned by GambleAware. The study showed that current gambling ads have more potential to appeal to and affect underage audiences than what was previously thought.

The CAP explained that while the majority of ads featuring prominent personalities from different areas will be banned, adverts with celebrities that are not believed to be significantly resonant with children will not be affected by the new measures.

There have been calls for a blanket ban on gambling advertising in the UK, but the CAP said that there have not been enough evidence to justify such a move.

Ads for betting and casino-style gaming products are not allowed to appear in any media where more than 25% of the audience is aged under 18. Despite a GambleAware recommendation for further restrictions in the range of media outlets that can air or publish gambling ads, the CAP said that the current rules are believed to be appropriate.

The ban aimed to help protect underage audiences from being excessively exposed to gambling.

According to a June 2020 study commissioned by the Betting and Gaming Council, the whistle-to-whistle ban has reduced the amount of TV gambling ads seen by children by 97%.