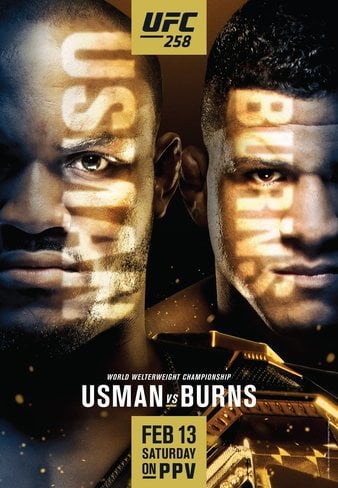 Really rough night with lots of bad breaks but that’s the way it goes sometimes. Time to get back on the march to at least .500 and beyond.

Volkov performed pretty much exactly as I anticipated, the weight gain clearly has given him more power and outside of a single uppercut and a couple overhand lefts, Overeem really had nothing for Volkov unfortunately.

Ferreira just got outmuscled and outworked in a very exciting fight. Tough result but Dariush got the well deserved win.

Frankie put his foot on the gas pedal and was looking fast and crisp before Sandhagen hit probably the cleanest flying knee I’ve ever seen. Amazing result for Corey and sad for Frankie but it is what it is.

Manel Kape was the biggest disappointment to me on this card. He was very clearly faster and landing at damn near 70% rate but just absolutely refused to do anything other than counter when Pantoja lunged in. Pantoja eventually just kicked the shit out of Kape outside of punching range because Kape stood there and didn’t do anything about it. Pretty clearly winnable fight that Kape threw away while showboating and doing not a whole lot else.

Molly just got outworked and outgrappled. Was far too content to engage in the clinch especially up against the fence, there were many opportunities to break away and get back to range and she just didn’t take them. Didn’t know about Molly’s fathers death before this fight though so I absolutely understand not being able to perform. Wish all the best for her and her family.

Maki Pitolo has had a disappointing stint so far in the UFC but he’s actually technically really solid on the feet. I think he will always struggle with opponents who have grinding styles who try to drag the fight into deep water, but he’s very athletic and has big power. He’s pretty similar to Paulo Costa in that he’s at his best when he corrals guys against the side of the octagon and can rip hooks to the body and head. He is also very comfortable fighting at range as well. His boxing is clean and he has an absolutely gorgeous uppercut that he will throw at the end of combinations. His opponent Marquez is an extremely powerful guy with a 100% finish rate and is quite durable himself. He throws with reckless abandon and while he does he carry power all throughout the fight, he slows down really badly. He is mentally strong and will always fight through the exhaustion and still be offensive, but it gets sloppy and hectic really fast. My serious concern about Marquez is that he’s been out for almost 3 years. A layoff of that length of time makes it extremely difficult for me to have confidence in that fighter, especially when it’s because of a serious injury. The first 4 minutes or so of this fight will be extremely stressful when both guys are fresh and fast, but if it makes it out of that starting block, I see Pitolo taking advantage of Marquez slowing down and punishing him late.

Kamaru Usman is an absolute specimen. That much is undeniable. He isn’t the most exciting fighter in the world but he wins with relative ease most of the time because he’s an amazing wrestler, ridiculously strong and has absurd cardio for a man his size. The problem with this matchup in my eyes is that I just think Burns has looked phenomenal since his move up to 170 and is better in more areas than Usman is. Burns is an absolutely phenomenal grappler and is very clearly much better than Usman on the feet. He’s just smaller and doesn’t have the same unbelievable gas tank. The only spots I see Usman holding the advantage skill wise are in the clinch, (particularly against the cage) and in the wrestling. I do not believe Kamaru will be trying to take down Burns because of his BJJ acumen and so that leaves the clinch game as his real golden ticket to win this fight. If Burns can’t get himself off the cage then Kamaru is going to win this in a wide decision like most of his fights, but I think Burns possesses the skills and unbridled aggression to beat Usman. He’s extremely comfortable on the feet. Most guys who are blessed with big power don’t throw big combinations because they’re so confident in that power, he knows he has that power and he still acts like a rabid dog when he is on the attack. He will swarm and throw everything but the kitchen sink if he sees you take a single bad step. Usman has power but his boxing is really rudimentary, he throws really solid body shots but when he’s throwing his right straight in particular it looks like he’s trying to punch with a weight in his hand. I think Burns is a very live dog and he’s who I’m going with in this matchup.

I don’t think Hernandez is a can by any means, but when this fight inevitably hits the floor it’s quite literally over. Rodolfo is a crazy cocktail of UNBELIEVABLY good BJJ (7 time Gold medalist at the World Cup, 5 time gold medalist at the world championships, 2 time Pan-Am gold medalist) huge strength and serious power. Hernandez is leagues better in terms of his comfort and shot selection on the feet, but he ALWAYS falls into the clinch while he’s throwing shots. I’m not sure what it is but it’s like he’s allergic to planting his feet and throwing his punches at distance. It’s actually really annoying to watch because he is really smooth and fluid with his hands and his own style crowds that beautiful and fun boxing ability. Even if Rodolfo doesn’t actively shoot takedowns or pursue the clinch (which I imagine he will), I don’t see a world in which Hernandez doesn’t fall into the clinch at some point and get dragged to the ground. Hernandez has power and Rodolfo has been hurt before (albeit by a front kick to the face) so it’s not out of the question that he catches Vieira, but I just truly believe this fight will end up on the ground and Vieira will end up on top and after that it’s truly just a matter of time.

Hopefully this night goes better than last weekend, I feel like this card is full of fights that are pretty hard to get a real solid grip on so I’m keeping this pick selection to 3 choices only.