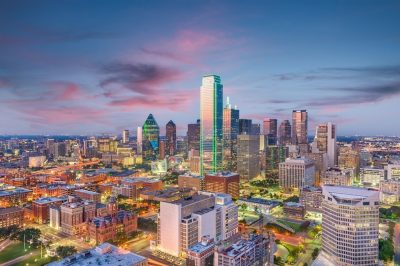 Yesterday, two lawmakers from Texas – Representative John Kuempel and Senator Carol Alvarado – filed a piece of legislation seeking to make casino gambling legal on the territory of the state. The bill is backed by the gambling giant Las Vegas Sands, and Senate Representative Toni Rose was added as a joint author on the House proposal at a later stage.

Under the proposed piece of legislation, special casino licenses for four destination resorts in the four biggest metropolitan areas of Texas – Houston, Austin, San Antonio and Dallas-Fort Worth – are set to be established. Furthermore, the bill seeks to create a Texas Gaming Commission that would regulate and tax casino gambling, slot machines and table games, and separately make sports betting legal.

The proposal would require the implementation of an amendment to the Texas Constitution under which most gaming in the state is banned. This can only happen in case two-thirds of the lawmakers in both chambers back the proposal, and the local voters give the green light to the measure in the election ballot in November.

One of the main sponsors of the bill – Representative Kuempel – occupies the position of the vice-chair of the House Licensing and Administrative Procedures Committee that currently monitors and controls industries regulated by the state, gaming included. The other sponsor of the bill, Senator Alvarado, is the Senate Democratic Caucus’ chair.

As mentioned above, the gambling operator Las Vegas Sands backed the bill, spending the past few months lobbying for gambling expansion at the Capitol. The senior vice president of the company, Andy Abboud, said that the operator appreciated the work of the proposed piece of legislation’s sponsors and would be excited to engage in further discussion on matters regarding the possibilities for expanding Texas.

As revealed by Las Vegas Sands, the proposed piece of legislation is in line with the company’s vision for the establishment and development of casinos in Texas, including the limited number of the so-called “destination resorts” licenses in the areas with the biggest population in the state. A vision for a high minimum investment in these areas intended to attract only the best operators has been unveiled. The proposed piece of legislation also calls for a land and development investment amounting to no less than $2 billion in Houston and Dallas-Fort Worth, as well as $1 billion for Austin and San Antonio.

The bill seeking casino gambling legalization in Texas was filed mere days before the bill-filing deadline for the biennial legislative session.

Under the provisions of the bill, the so-called destination resort licenses would be considered Class I licenses. Furthermore, three Class II licenses allowing the provision of limited casino gaming would be created under the piece of legislation for the horse-race tracks in San Antonio, Houston and Dallas-Fort Worth. The proposed bill also seeks to establish two Class III licenses for similarly limited casino gambling that would be offered by Harlingen and Corpus Christi greyhound tracks.