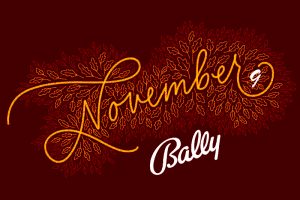 Casino operator Twin River Worldwide Holdings is set to change its name to Bally’s Corporation after it purchased earlier this month the worldwide rights to the Bally’s brand from Caesars Entertainment Inc. in a $20 million deal.

The change of name is set to become effective on November 9 when the company’s common stock will begin trading on the New York Stock Exchange under the ticker symbol “BALY”.

As announced by Twin River earlier this month, the company will rebrand all of its properties to reflect the change of its name. The unified branding initiative, as the casino operator calls it, will complement its considerable geographic expansion and major operational improvements it has completed over the past year.

Twin River currently owns and operates nine casinos across five states, a horse racetrack, and 13 OTB licenses in Colorado. When the company closes all pending acquisitions of more properties, it will own 14 casinos and its presence will span across ten states.

It will be serving more than 80 million customers residing in the markets where its casinos are located. In addition, its customer database will increase to approximately 14 million patrons.

Commenting on adopting the Bally’s brand, Twin River Chairman Soo Kim said that the brand “embodies a rich history in American gaming and entertainment” and it aligns perfectly with Twin River’s current and future growth strategy.

Mr. Kim, who owns a 39% stake in the casino operator, further noted that the brand is “ripe with untapped innovation potential” and will help them launch future entertainment services.

Company President and CEO George Papanier said that “this is an exciting and transformative moment” for Twin River as it unites “the high-quality customer offerings that span our increasingly national footprint under a singular preeminent brand.”

Mr. Papanier added that the Bally’s brand is a core element in their plan to become “the first omni-channel gaming company to seamlessly integrate and operate physical casinos with digital solutions.”

Twin River has five pending acquisitions in five different states. In April, the company announced that it would purchase Eldorado Resort Casino in Shreveport, Louisiana and the Montbleu Resort Casino and Spa in Lake Tahoe Nevada from the former Eldorado Resorts (now Caesars Entertainment Inc.) in a $155 million deal.

It was in April again when Twin River reached an agreement with the old Caesars (Caesars Entertainment Corp.) to buy Bally’s Atlantic City Hotel & Casino for $25 million.

Earlier this month, the company unveiled plans to venture into Illinois’ gambling market through the acquisition of Jumer’s Casino & Hotel in Rock Island from Delaware North for the total amount of $120 million in cash.

And most recently, Twin River announced that it would purchase Tropicana Evansville Casino in Indiana from Caesars for $140 million.

All deals are expected to close at some point in 2021.