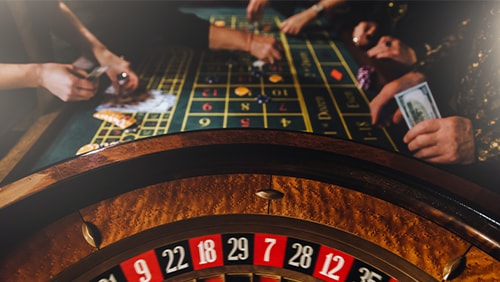 The Tribal Council of the Eastern Band of Cherokee Indians are baffled at how poorly the budgeting for Harrah’s Cherokee Casino Resort has gone. The Tribal Casino Gaming Enterprise have gone to them hat in hand, asking for an additional $50 million for the project, and they got grilled for it.

The Cherokee, North Carolina casino has been under construction for two years now, with a $250 million expansion planned. But at an October 26 Tribal Council meeting, representatives could not grasp why $50 million more was needed, when the project was initially only supposed to cost $200 million. “I’d like to see something justifying why we’re giving you $38 more million for this project,” said Birdtown Representative Albert Rose during the Oct. 26 meeting. “This is a huge amount of money for just a simple resolution coming in here asking for it.”

TCGE Board Member John Houser admitted the initial estimate of a $200-250 million expansion wasn’t well thought out. “The schematic for the plans for this project were pretty much done on the back of a napkin,” Houser said. “It was a concept.”

The TCGE explained their new estimate was the project would cost $37.9 million more than planned, mysteriously putting the total cost at $296.9 million. However, $250 million plus $37.9 million does not add up to that sum.

Houser explained that construction costs increased as the project was ongoing, and they hit some hurdles along the way. “Then retail was assigned to us, and boom, we had to redesign the whole place. Totally. That cost a lot of money,” he said. “It was the right thing to do, but that’s how we ended up so much over.”

Houser accepted that the board was very disappointed, but tried to show just how much work was being done to keep costs low. “We spent six months or more on value engineering trying to look for places to reduce, cut back,” he said. “I think we whittled away $12 million out of the project, but we still didn’t get down to where everybody would like for us to be.”

When discussing how the project found ways to cut costs on their parking structure, Houser was interrupted. “You didn’t leave out the rebar this time did you?” asked Painttown Representative Tommye Saunooke, a reference to a pair of parking garage collapses that occurred on casino property in 2015 and 2016.

The council ultimately decided to table the motion and take discussions in private. But they would have had to pay some attention to other news happening in…

The Catawba Nation is quietly negotiating with Governor Roy Cooper’s office for their proposed plan of a casino in Kings Mountain. The Governor refuses to discuss details, saying he’ll show and tell when a compact is reached and is ready to present to the U.S. Department of Interior’s Bureau of Indian Affairs. The Cherokee Nation opposes such a deal, noting it would cut into their business.

Meanwhile the Lumbee Tribe is celebrating that, with North Carolina a swingstate in the coming election, they’ve received support from both President Donald Trump and Joe Biden to receive recognition as a tribe. The tribe supports Trump, as they believe Democrats have broken their promises on this matter before. The Cherokee Nation opposes Lumbee recognition, claiming their story is bogus. The big rub for us was that they initially claimed to be Cherokee,” said Chief Richard Sneed (Eastern Band of Cherokee Indians). “My grandfather was chief… when he was a council member, they fought this fight.”

The Cherokee Nation Businesses (CNB) are suing the Gulfside Casino Partnership over a proposed casino annex. While Gulfside, who beat out CNB for the casino lincese, notes it was part of their initial Quapaw National proposal to the Arkansas Racing Commission included the annex, CNB says that’s not true, and so far, it looks like Aksansas agrees.

In Wisconsin, the Ho-Chunk Nation plan for a Beloit casino has reached Governor Tony Ever’s desk. He has one year to decide if he should send to the Bureau of Indian Affairs, which previously showed support for the project.

In Illinois, the Illinois Gaming Board is also considering a Ho-Chink proposal, competing against four other proposals.

The Comanche Nation and Otoe-Missouria Tribe have announced they will continue observing compacts negotiated with Governor Kevin Stitt’s office. They see the Oklahoma Supreme Court’s decision as an intrusion on their federal and tribal rights, and will continue to offer Class III gaming.

For Stitt’s part, he’s hired a lawyer to hopefully get everything settled in a way he prefers: more fees for the state.

Gun Lake Casino in Michigan is no longer open 24 hours per day. They’ve now reduced their hours, closing between 5:00 am and 9:00 am to allow for deep cleaning as Michigan positive rates increase.

In Alabama, Wind Creek Casino has expanded their hours back to 24 hours a day. This will be their first time without closure hours since the pandemic ramped up in March.

Meanwhile in New Mexico and Arizona, the Navajo Nation are asking the public if they can reopen their four casinos at 50% capacity. If they don’t reopen, permanent closures are likely.

Two former employees of the Gold Country Casino are going to have to defend themselves in court for allegedly stealing $2.9 million by using a “secret credit card.” The couple deny the allegations.

The Sycuan Casino Resort in San Diego, California is celebrating 37 years of business with great deals and celebration.

Finally, the Nottawaseppi Huron Band of the Potawatomi and FireKeepers Casino Hotel was honored by the National Indian Gaming Association with its prestigious Chairman’s Leadership Award. The award is given to highlight the tribe’s positive Native relationships and imagery – including mascot updates.