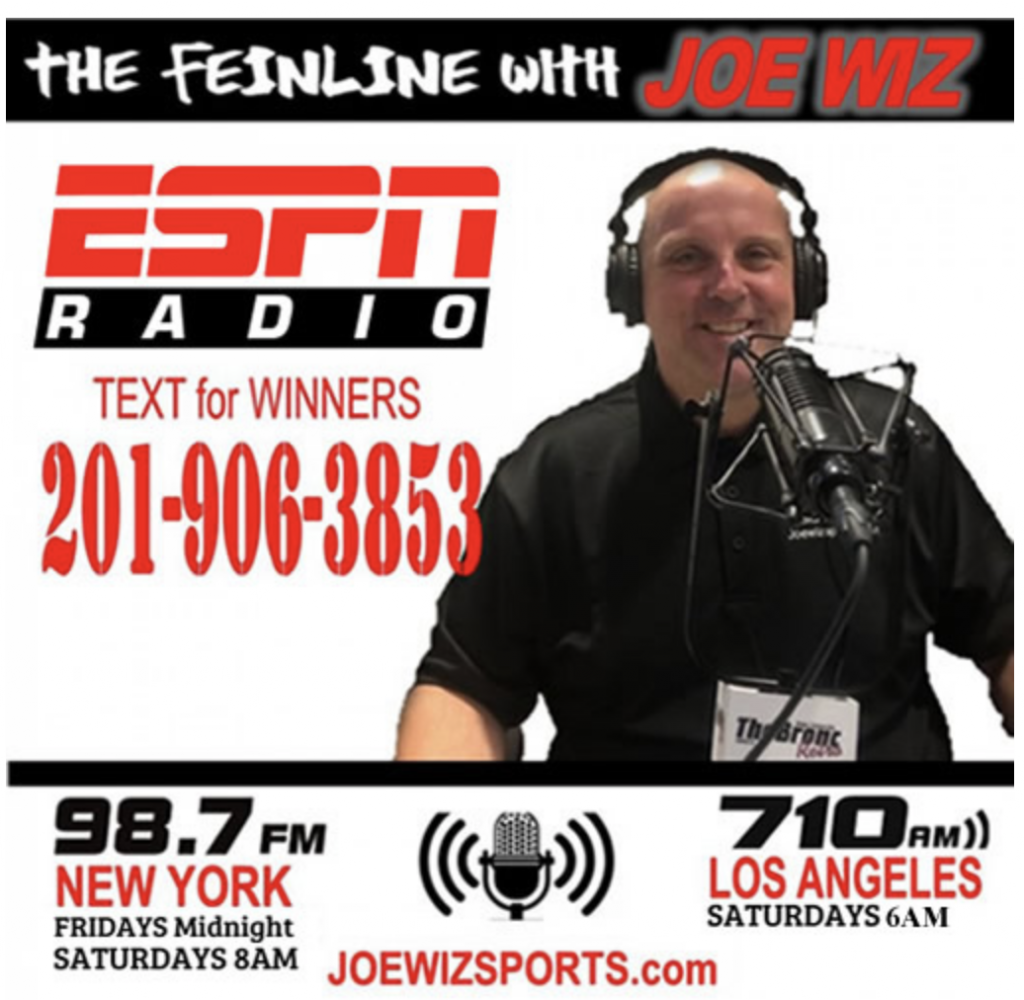 Handicapping studies sporting events to provide an audience with confident opinions on where to place their bets. Those who provide audiences with reliable information on the ins and outs of betting are called handicappers.

Joe Wiz Sports, also known as “The Wizard of Odds,” is a professional handicapper who has made successful bets for over 25 years. He set the New Jersey state record in 2018 by winning the largest bet on opening day at the Monmouth Park Sports Book. That win came with the luck and discipline needed to understand how sports betting works.

In Wiz’s world, a handicapper’s profit is determined by their return rate. It’s the return-on-investment (ROI) a handicapper has made by calculating overall investments, like successful bets, and then turning it into a percentage. Some handicappers claim they have a rate of 80%. But Wiz is skeptical of those claims because a rate that high means there is not much failure in an industry full of risk. Wiz claims his return rate averages at about 65%.

Wiz compares the state of handicapping at the beginning of his career to now, and says, “It’s much more friendly. You don’t have to bet underground and be secretive about it. Most people had to bet on the black market. Now, it’s just as easy as having a drink at the bar.”

Twenty five states have legalized sports betting, making handicapping more socially acceptable than it once was. Previously taboo, people are now beginning to understand how lucrative handicapping can be.

However, while it can be rewarding — it has its hazards. Because betting is a high-risk hobby, people lose a lot of their money. According to Market Watch, sports betting in America could see an estimated $4.5 billion loss in revenue in 2022.

“The majority of people that bet do not win,” says Wiz. “You want someone to help you with a resume you can trust because you work hard for your money.”

Wiz says that people shouldn’t expect to win every week. He emphasizes that this a discipline where it’s healthier to learn it like a science. Putting money into a football game hoping for financial return is risky. Wiz warns the average better about how they should go about spending it.

“It’s not a sprint, it’s a marathon,” explains Wiz. “There are going to be some ups and downs, there are 52 weeks in a year. I don’t win every week and I tell people that. People who expect to win all the time shouldn’t get into the business. You have to be disciplined and structured.”

To Bet or Not to Bet

Recreational betters who work with handicappers are important to breaking misconceptions of the handicapping industry. Finding the right people who bet professionally, like Wiz, can help bring awareness to handicapping’s benefits.

Putting money into four to five games a day isn’t the best way to earn a profit. Handicapping experts bet on games they are confident about, even if they are few and far between.

Betting is not as simple as picking your favorites.

Understanding sport game patterns is a skill Wiz has fine-tuned for over two decades.

“The majority of people like to bet the favorites, the overt, and the home team. Most people root for a high-scoring game on their home team. I’m more traditionally known as an underdog player,” says Wiz.

He looks for value in smaller player moments before a game even starts. Because of this, Wiz usually goes against fan predictability. And predictability is a major handicapping weakness.

During Super Bowl LV between the Tampa Bay Buccaneers and Kansas City Chiefs, Wiz went against the grain by putting his faith in Tom Brady’s projected underdog status for that particular game. As a result, Wiz won his bet and added to his return rate.

It’s not always a straightforward profession. But understanding the ins and outs of logical betting as Wiz has can provide clues for fellow betters as to where to place their money next.

Betting is ingrained in American culture. The most-watched American events of all time like the Super Bowl, according to Statista, proves how we align the hobby of chance with our American values.

In a press release, Cuomo said that, “New York has the potential to be the largest sports wagering market in the United States, and by legalizing online sports betting we aim to keep millions of dollars in revenue here at home, which will only strengthen our ability to rebuild from the COVID-19 crisis.”

In 2017, the American Gaming Association’s study with Oxford Economics found that the future of legalized sports betting could bring in approximately $8.4 billion in revenue from federal and local taxes.

“As long as the betting remains regulated, use money from sportsbooks and give it to residents of the state like senior citizens or education,” he adds. “They can put it to good use.”