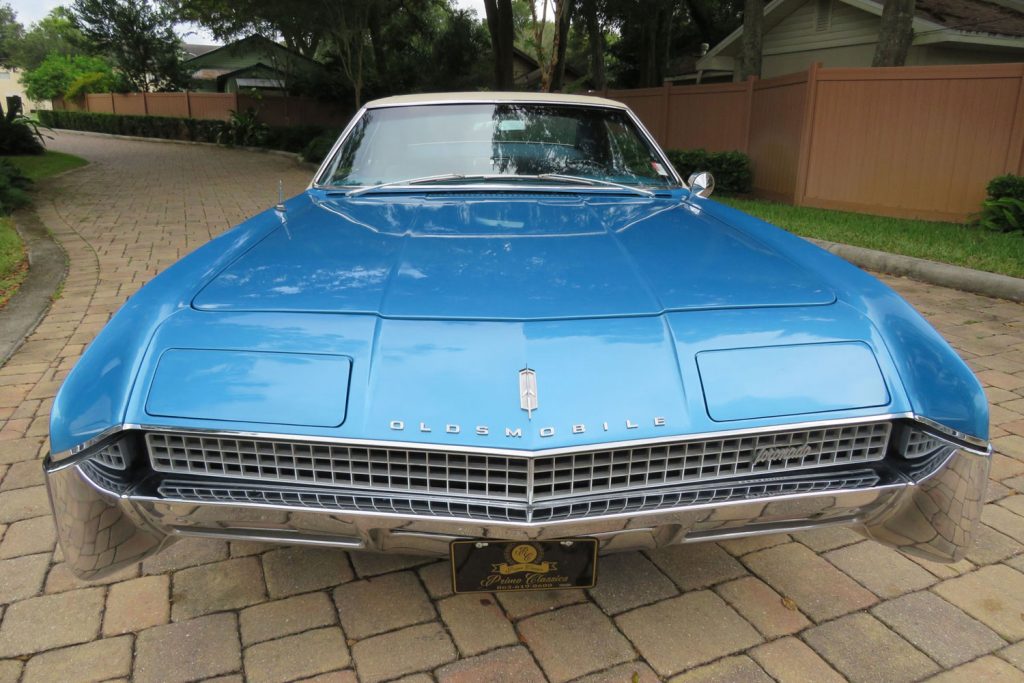 The Oldsmobile Toronado was the first American-made front-wheel-drive car since the 1937 Cord. It took advantage of the configuration to feature interior floors that were completely flat, offering far more foot room than most other cars. This was a plus, as the Toronado’s sleek fastback design, which was no taller than a Chevy Corvair, did cut into headroom. The Toronado had long doors with two sets of interior door handles, so the rear-seat passengers could exit without bothering the passengers in front. 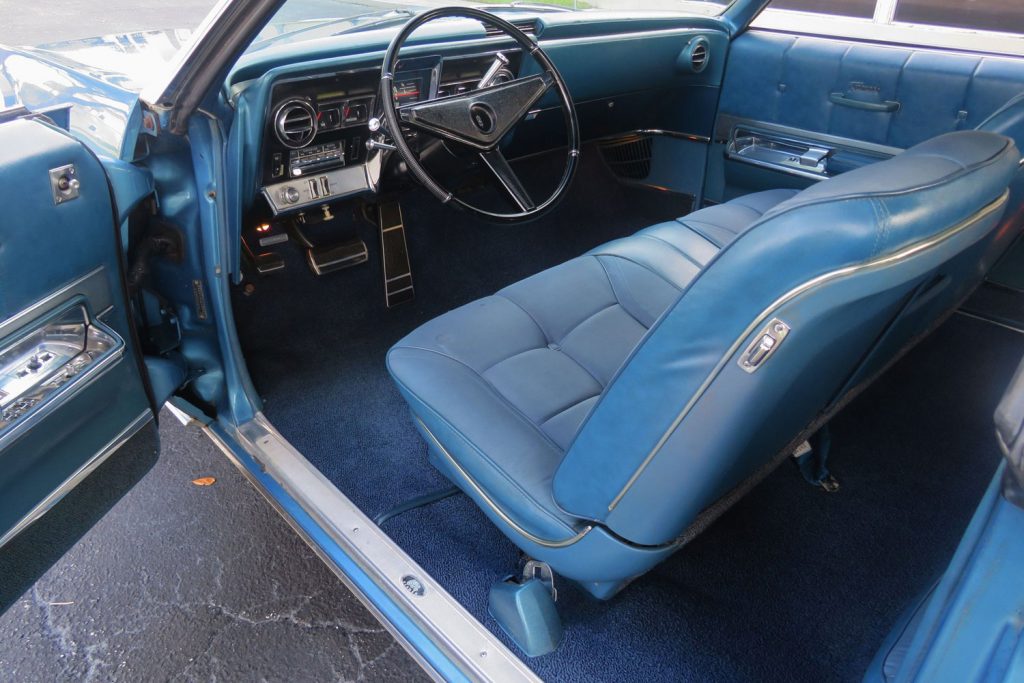 As the Oldsmobile Toronado was a personal luxury coupe, it came with a long list of available options. Among those were power windows, power seat, headrests, tilt-telescoping steering wheel, air conditioning, remote control outside mirrors, cruise control, AM/FM Stereo, and a power antenna. 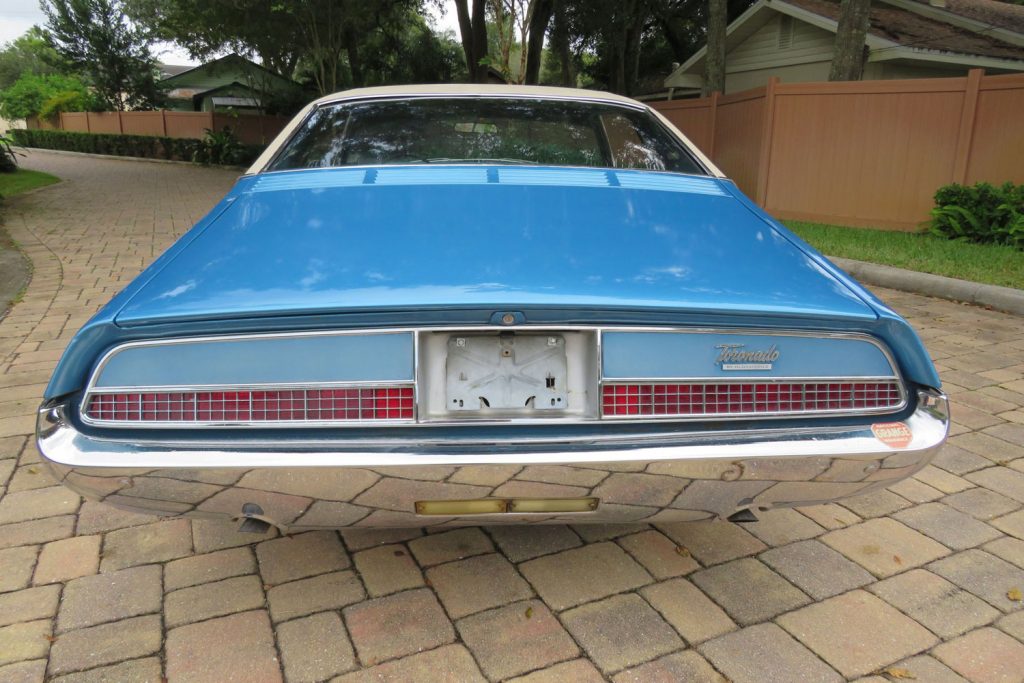 The dash on the new Oldsmobile Toronado was unique, utilizing a speedometer that rolled over horizontally, like a slot machine, located immediately above the steering column. The climate controls were located to the left of the steering wheel. Wiper and washer controls were also mounted on the dash to the left of the wheel, and were actuated by separate rocker switches. Gauges were located on both sided of the wheel, in plain sight. 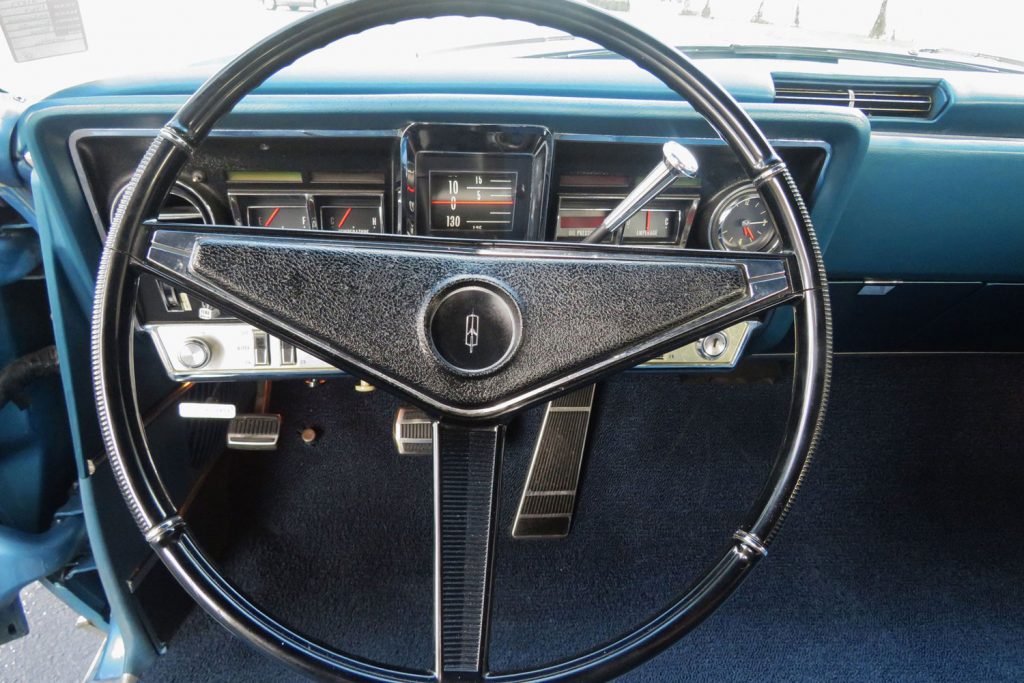 The Oldsmobile Toronado was powered by a 425 cubic-inch Super Rocket V8 producing 385 horsepower and 475 pound-feet of torque, managed by the heavy duty Turbo-Hydramatic three-speed automatic transmission, capable of propelling the big coupe from 0 to 60 mph in 7.5 seconds. It had special tires that had been developed by Firestone called the Toronado Front Drive or TFD. The TFD had stiffer than normal sidewalls with unique tread and a thin whitewall stripe. 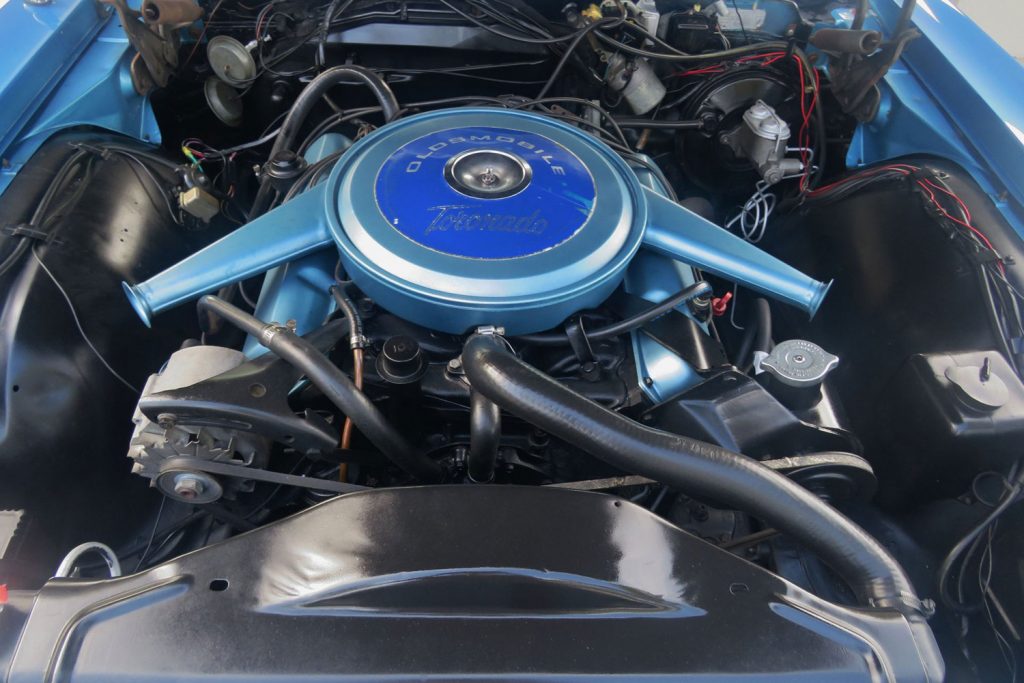 Our subject car is a 1967 Oldsmobile Toronado, only the second production year. The 1967 benefitted from the addition of vented front disc brakes and a slightly softer ride. It is particularly attractive in Lucerne Mist with a white vinyl top. The exterior design, with its hidden headlights and fastback leading to the massive, rolled-under chrome rear bumper, must have looked radically advanced in 1967. This example is extremely clean and correct throughout. It appears to be highly original, with very little to fault. Moreover, it is available from Primo Classics International for just $29,500. That’s a lot of cool for not much cash. 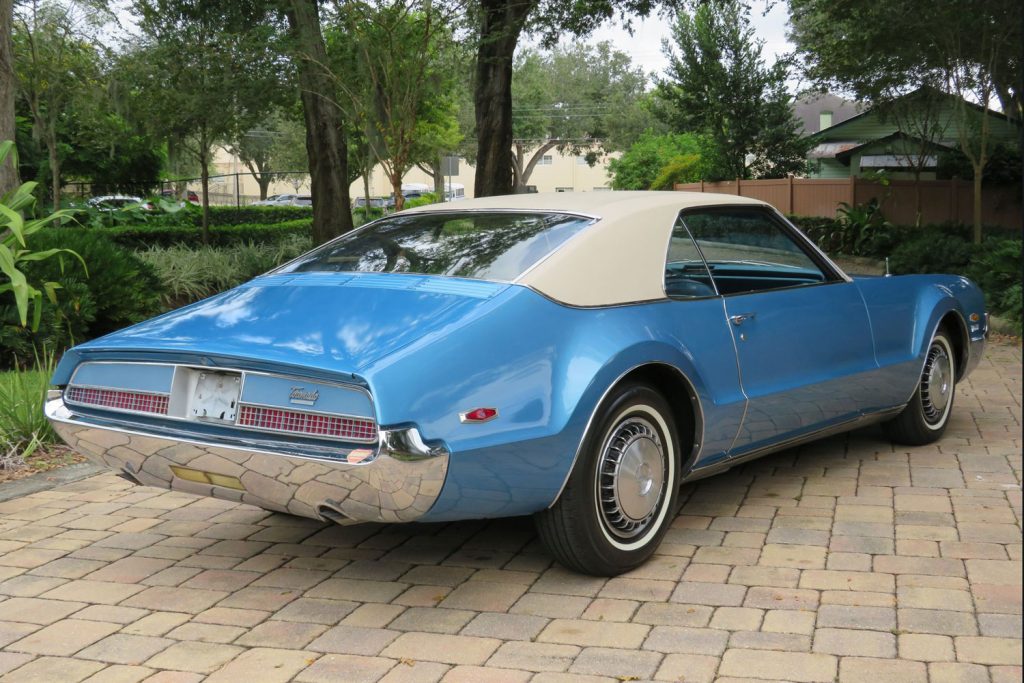