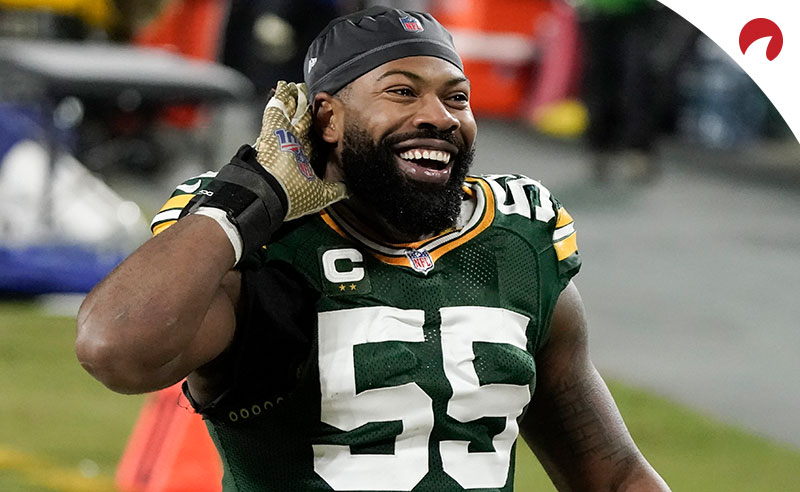 The divisional round is over and only four teams remain in the hunt for the Lombardi Trophy ahead of the NFL conference championship games.

There has been some movement in the latest Super Bowl odds as the remaining teams make their push to play in the annual championship game of the National Football League at Raymond James Stadium in Tampa, Fla., on Sunday, February 7.

When it comes to Super Bowl odds at the Best NFL Sites, the Kansas City Chiefs and Green Bay Packers are +200 co-favorites, followed by the Buffalo Bills (+325) and Tampa Bay Buccaneers (+425).

For more information on everything you need to know about wagering on the big game, head over to our Where to Bet on the Super Bowl page.

The worst fears of Chiefs fans became a reality in Kansas City’s divisional-round matchup against the Cleveland Browns when superstar quarterback Patrick Mahomes was knocked out of the game in the third quarter.

Mahomes was hit in the head on a third-down run. The signal-caller looked woozy as he stood up and had to be helped off the field. He then proceeded to jog to the locker room before being ruled out of the contest in the fourth quarter.

Chad Henne took over for Mahomes and did just enough late to get the Chiefs past the Browns in a 22-17 win. The backup did throw an ugly end-zone interception to make things interesting, though, which helped the Browns cover the spread as 8-point underdogs.

Mahomes, who was placed in concussion protocol, must be cleared before being eligible to play against the Buffalo Bills in the AFC championship game. If he can’t go, the Chiefs will surely take a large hit in Super Bowl odds.

Oddsmakers are clearly expecting the Texas Tech product to suit up with the chance to send the Chiefs back to the big game for the second year in a row. The Chiefs opened as 3-point home favorites vs the Bills.

Thanks to the Packers and Buccaneers winning their respective divisional-round games over the Rams and Saints, this year’s NFC title game has a real chance to be the best one ever.

The NFC clash features two future Hall of Fame quarterbacks in Tom Brady and Aaron Rodgers. Brady, playing in his first season away from New England, has never faced Rodgers in the postseason before.

Brady and Rodgers are two of 12 QBs who have made at least five conference championship appearances since the NFL-AFL merger in 1970. Brady can continue his quest to become the first quarterback to win Super Bowls in each conference if he’s able to get past the Packers on the frozen tundra.

The shop is giving a slight edge to the green and gold, with Green Bay sitting as a 3.5-point favorite as of Tuesday morning.

When it comes to betting on the NFL, odds are available before teams take their first regular-season snaps. You can even bet on a potential Super Bowl winner in August. Certain squads will always be contenders, especially if they won the previous year. When bookmakers set the lines, they look at offseason roster moves, coaching changes and past on-field performance. To bet on the odds for the Super Bowl, you’d make a futures bet.

What is a Futures Bet for NFL?

This is a bet in which you would look at the odds for the Super Bowl, weeks or sometimes months in advance of the big game, and decide which team you think will win. Let’s say you want to make a futures bet today. At your sportsbook of choice, the odds might look something like this:

If this were a moneyline bet, you’d be able to see which team is the clear favorite because it would have a minus sign beside its odds (-). For futures, the team with the lowest odds is favored to win the Super Bowl and the rest are underdogs.

Let’s say you feel strongly about the Saints and believe they’re going to win it all. If you were to bet $100 on them and they did triumph, you’d get a payout of $650 – your original $100 is returned along with your winnings of $550. Our Odds Calculator will show you how much you’d win based on the odds and amount bet.

The odds change throughout the season as key players get injured, trades happen and coaches get fired. Line movements for NFL futures happen weekly, so if you see odds you like, it’s best to bet on them ASAP. The Packers may be +900 to win the Super Bowl in October but after a surge in November their odds could jump to +400 and you’ll make less money than you would if you’d bet them at +900.