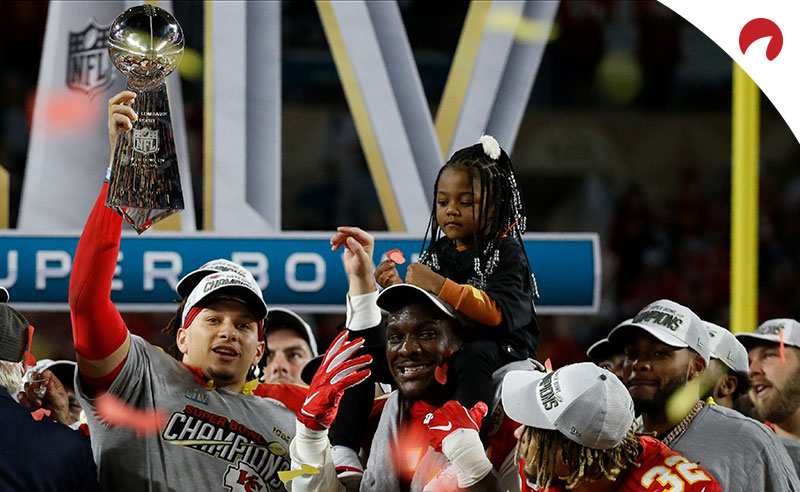 Being named the MVP of the NFL regular season is an extremely impressive honor, but if you ask any player in the league, they’d likely tell you that becoming Super Bowl MVP is a whole other level of prestige.

With four teams remaining in the hunt for Super Bowl 55, Super Bowl MVP odds have been released. Patrick Mahomes and Aaron Rodgers are the +275 co-favorites, followed by Josh Allen (+450), Tom Brady (+550) and Travis Kelce (+1800) to round out the top five choices on the board.

Our Super Bowl hub has everything you’ll need to handicap the big game. Looking for the sportsbook that’s right for you to get some money down on Super Bowl 55? Head over to our Where to Bet on the Super Bowl page.

Mahomes, who a year ago was +115 to become MVP of Super Bowl 54 prior to the game, came through for bettors despite a mediocre performance by his lofty standards.

Mahomes finished the game completing 26 of 42 passes for 286 yards and two touchdowns along with two interceptions. But he came up huge when it counted the most, in the fourth quarter of Kansas City’s 31-20 victory over the San Francisco 49ers.

In Super Bowl 53, Julian Edelman became the seventh wideout to win the Super Bowl MVP Award. Quarterbacks have won the trophy 30 times, compared to seven times for running backs, four times for linebackers, and two times each for defensive ends and safeties.

A cornerback, a defensive tackle and a kick returner have each won the award once. Since Super Bowl 34 in 2000, quarterbacks have been the MVP 12 times.