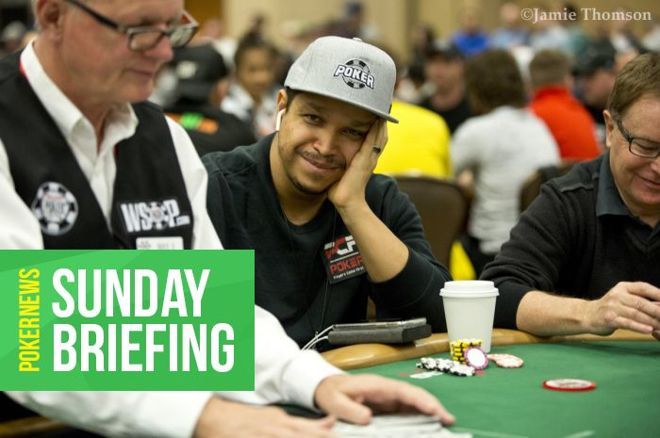 The $40 million guaranteed Bounty Hunter Series kicked off GGPoker this weekend and Felipe Ramos got the series off to a flying start by taking down a $10,300 buy-in event.

BHS 012: Super MILLION$ Bounty Hunters saw 94 players pay $10,300 for the chance of glory and a possible massive payout. The top 13 finishers received a slice of the main prize pool, with Mark Radoja busting in 14th to burst the money bubble; Radoja did collect $5,000 worth of bounties, however.

The final table was a star-studded affair. “Gr4vyB04t” was the first finalist to bust, their ninth place finished yielded a total prize worth $30,827.

Then came the eliminations of Andras Nemeth and Austria’s “MarkHateley”, the latter managing to finish seventh despite not claiming one cent in bounties.

“TheodoreRhye” and “DanBiz” followed the bustees to the rail before Pascal Hartmann ran out of steam in fourth and banked $71,015. It turned out to be a solid day at the office for Hartmann as he also won a GGPoker tournament later.

The High Roller MILLION$ paid out some massive prizes on October 11, with the final table alone awarding almost $850,000!

China’s “degenkaliu” got their hands on the lion’s share of that impressive sum, namely $275,594. The Chinese grinder defeated Japan’s “Qoomame” heads-up to secure the title in a battle of the Far East. Qoomame, while disappointed not to win, must be delighted with the $188,837 second-place prize they secured.

One other player saw their initial investment turn into six figure. Third-place finisher “GFsantos” of Brazil walked away with a cool $129,391.

Some of the other huge results in GGPoker’s Sunday schedule included:

Ireland’s Mark Davis is fast becoming a regular in partypoker’s high stakes tournaments and it’s easy to see why. He’s put in some incredible results of late and added the High Roller Big Game title to his CV on October 11.

Davis topped a 104-strong field in the $5,200 buy-in event which saw $513,500 paid out to the top 16 finishers. The likes of Niklas Astedt, Thomas Muehloecker and Alex Foxen all cashed, Foxen was the player who burst the final table bubble.

Each of the finalists locked up at least $18,229 for their efforts. Partypoker’s Team Online Jeff Gross collected that sum.

Alexandre Mantovani Espirito Santo, Simon Mattsson, and 2019 WSOP Main Event runner-up Dario Sammartino each fell by the wayside in succession. Timothy Adams busted in fourth with the hot-running Pascal Hartmann collecting another $63,109 for his demise in third.

Jeffrey Cormier of Canada and Davis fought heads-up for the tournament’s six-figure top prize. Whether it was luck of the Irish or superior skill, Davis got the job done and scooped $123,111, resigning Cormier to an $88,244 consolation prize.

The $530 edition of the Big Game attracted 491 entrants and it ended in a heads-up deal. Denison Barreiros Da Silva and Simon Feistle were the last two players in the tournament and they decided to strike a deal for the remaining prize pool. This mean Da Silva locked up the title and $42,384 while Germany’s Feistle netted $37,420.

Check out these highlights from partypoker’s October 11 tournaments:

$400K Worth of MTT Tickets Up For Grabs at partypoker

PokerStars’ Bounty Builder Series shuffled up and dealt for the first time on October 11 and Ole “wizowizo” Schemion started it in the perfect way, taking down a $1,050 buy-in Sunday Warm-Up special edition.

Some 432 players bought in and Schemion outlasted them all. The field was ridiculously stacked, as you’d expect from such a prestigious tournament. Niklas “C. Darwin2” Astedt finished in ninth-place to set a star-studded final table.

Renen “Internett93o” Bruschi busted in fifth for $16,691 with Sweden’s “WhatifGod” finishing in fourth. Romania’s “SoulRead93” headed for the exits ater crashing out in third, which set up a mouth watering heads-up clash between Schemion and Christian “WATnlos” Rudolph.

The two loose-aggressive star fought it out with no deal in place, which meant Rudolph had to make do with a combined prize worth $52,101 while Schemion claimed the title and $66,368 in total.

Another super stacked final table gathered in the $1,050 Sunday High Roller, one that wouldn’t look out of place in a tournament with a buy-in 10-times the size.

Peter “Apathy123” Jetten’s time at the final table was limited because he busted in eighth. Giorgios “Geokarak” Karakousis finished in seventh and won the tournament’s last five-figure prize.

Peter “Belabasci” Traply and Anton “Bomber&Granater” Wigg were the next casualties, they scooped $12,168 and $16,016 respectively. Then came the exit of Gianluca “Tankanza” Speranza in fourth, a finish worth $21,081.

Here are some of the other victories enjoyed at PokerStars on October 11:

The United Kingdom’s “S24NBO” triumphed in the 888Millions Sunday Challenge PKO and turned $109 into a combined prize worth $6,249.

Finally, a major shout-out to Canada’s “Jefffrr8” who won the 888Millions Mini Main Event. The $75,000 guarantee was hit thanks to 1,501 entrants. The Canadian bulldozed their way to the title and the tournament’s $12,954 top prize.