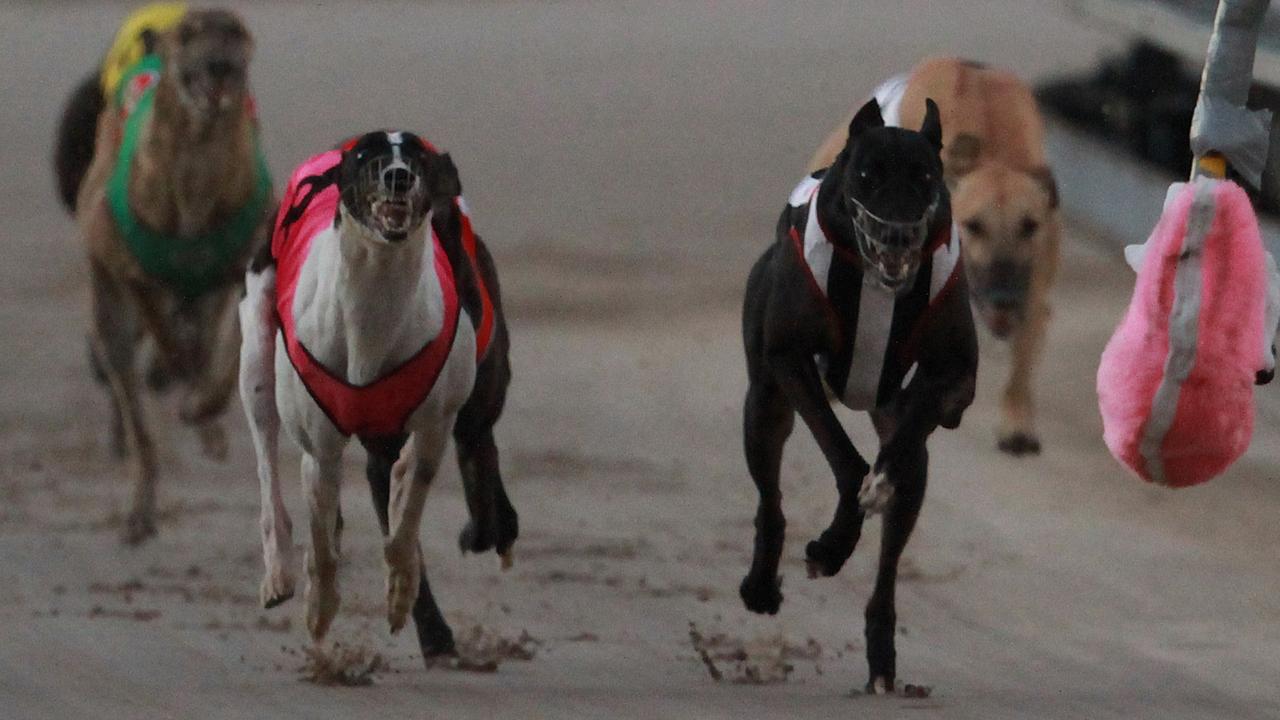 IT’S been quite a journey for Peter Sullivan.

The one-time Central Queenslander has gone from the goat works to being on of South-East Queensland’s up and coming trainers.

He has potential superstars Pokie Payout and Brother Jason flying ahead of their Ipswich Young Guns and Group One Launching Pad campaigns.

Sullivan was still pinching himself at his progressive pair.

“I came down on a two-week holiday from Charleville and met my partner Felicia Guymer and her father Terry Guymer, bought my first dog with them for $600 and never left.

“Before I arrived, I’d spent 10 years at the goat works in Charleville and once I got into the greyhound industry I wasn’t going back.

“I owe everything to Felicia and Terry (Guymer). I probably never would have got into dogs without them and to this day we still work as a tandem.

“It might be my name down as trainer but it’s a group effort.”

Pokie Payout looked like she would play second fiddle to Brother Jason in the early days. However, she’s come on in leaps and bounds stunning everyone including her trainer with a superb run in Saturday night’s Ipswich Young Guns heats.

“Her run homes have been improving every race but the difference Saturday was her ability to get out and lead. She was able to burn the candle at both ends.

“The heat panned out nice for her from the jump. Cash Stack in the two is slow out and Little Byrnes in the six wasn’t able to get across and contest the lead, the final will be tougher though.”

“For a bitch that’s still only a one-year-old you expect the odd off run, but it just hasn’t come with her every time I turn her out, she’s just getting better.”

The bitch celebrates her second birthday next month and would love to nab her first feature series in a race she’s now favourite for on Saturday night.

“A couple of months ago we probably wouldn’t have considered a race like the Ipswich Young Guns but we didn’t expect her to win four of her last seven either, the timing was spot on in the end,” Sullivan said.

“I would have preferred her drawn the one or the two for the final seeing the way she came out and her winning record from those draws. But if she jumps like she did last week I don’t think it’s going to matter.

“You don’t want to write off anyone in a final but I’d say the ones we have to worry about are Cash Stack with his run home, Werina Express with early pace and Nando Dreamer who ran a huge race fresh last week, but I like our chances.”

The bitch is out of Lightning Frank and Adelaide Bale, a scarce combination in Queensland but the line looks a perfect mix of speed and strength.

“It’s amazing we’re talking about her as a future 600 metre bitch given her sire Lightning Frank could just run out the 500. Not many of his offspring haven’t made it past the short course,” Sullivan said.

“The strength must come from her mother Adelaide Bale’s side. That line have won some good races over distance.

“A good mate of mine Jason Pashley bought her and brought her to me to rear and train, I’m getting a lot of enjoyment seeing him rapt with the way she’s going as well.”

It was double delight for the trainer and owner duo who saw litter sister Pokie Change cash in with a breakout win over the 500 metres, too good in 30.87.

“Thinking the litter would be more suited over the short course we started her over the 431 metres at Ipswich,” Sullivan said.

“She was running good races without winning but didn’t quite have the strength to get the 500.

“It’s just taken her a bit longer to come to hand. Everything happened so quickly with Pokie Payout. She was just a little less mature

“That’s her best run to date. She still wanted to run off the track a bit but that’s a great sign to see her breaking 31 seconds over the 500.”

The dashing Dave Brett Memorial heat winner finished runner-up in the series behind Rob Cooke’s Cash View and ahead of Cash Stack who was second to Pokie Payout in his Ipswich Young Guns heat on Saturday.

Those form lines were formed in November last year but are still holding strong four months later in the Young Guns series. Nando Dreamer returned from almost two months off the scene to run Werina Express down in an eye-catching 30.26 heat win.

The bitch looked a sure qualifier for the final when she showed customary box speed to sit five lengths behind tearaway leader Werina Express down the back. However, no-one was expecting her to mow down the Group placed dog, first up in two months and on Ipswich debut.

That’s exactly what she did tacking on as they reached the home corner setting out after the leader to collar him in the shadows of the post.

Before Saturday night, the bitch had won her races by jumping to the front with sustained speed from the boxes. However, a few more months of work have clearly toughened her up as she was full of running past the post.

Lee’s charge got no favours drawing box six in her heat and had come up with the pink in the final, but she has done her best racing from wide draws at Albion Park and is more than a knockout hope after last week’s performance.

It will be interesting to see how she responds to the run. Sometimes young greyhounds can be a bit flat after a big first up run, but in other cases it’s the top up they need before a big final.

The bitch is beautifully bred out of Fernando Bale and Jeannie Dreaming, a recent retiree for Claude Dacey who won over 20 races up the straight at Capalaba.

Nando Dreaming is a bitch worth following.

WAYNE Scott’s Fernando Beach has been flying since returning from a month off.

The greyhound had two runners-up efforts over the 331 at Albion followed by two 395 metre wins the second in 22.46, just a couple of tenths outside the track record.

On Saturday night, the dog showed that the form travels as he took on the 431 and Best 8 company for the first time at the Ipswich Showgrounds, showing a talent stacked field how it’s done in a 24.88 win.

It was some win considering the competition, mainly twenty-time track and trip winner Spring Rock for Pauline Byers and fellow specialist Bonus Only for Serena Lawrance.

Spring Rock took up the running and Fernando Beach was chasing for much of the race working hard outside the leader to finally strike the front in the straight.

Once he’d fought Spring Rock off next came Bonus Only who made a dive on the line but it was in vein. Scott’s chaser too good on debut.

The dog has been previously known for his 500 metre feats finishing third in the Dave Brett Memorial behind Werina Express starting his career almost a year ago.

Until this prep, he has done most of his racing over the traditional sprint trip.

Until he recent hat-trick of wins, he’d only managed six from 39 starts – well short of what a dog of his talent is capable of.

NOEL Evans looks to have found guns for hire in Remember Col and Latifah.

The Ipswich based trainer picked up the dogs up in January off prominent Rockhampton trainer Dallas Beckett who wanted to test the waters in South-East Queensland.

The new trainer is doing the job for his owner with a double last Friday.

Remember Col is a 22 time winner over the 407 and 510 metre trips at Rockhampton and has been racing in Best 8 company for well over a year.

He crashed his way over from box eight with no fear and once he balanced up down the back fellow favourites Lost in Lantana and Spring Pirate were no match as he broke 25 seconds first go.

Latifah’s run wasn’t quite as quick as her kennel mates (25.26) but was full of merit as she burrowed through from box for squeezed for room all the way down the back before pulling clear on the home turn.

Given a clean run from the boxes to the first corner, expect that time to come crashing down in the near future.

The dog looks like a mad railer and has come up with box two for Friday’s fifth grade final.

On last week’s run, he should find himself scraping the paint and running time.

Ipswich mainstays beware. The dog still has plenty of grades up his sleeve never having raced in the south east and is clearly full of running.