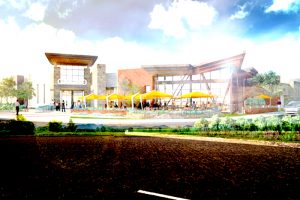 The future of Station Casinos in Reno seems to be a bit uncertain after the casino operator listed last week all of its land in the city for sale.

The move could be a signal for the end of the casino operator’s effort to break into the Reno market. The Las Vegas-based company first announced plans to enter that market in 2005 when the Nevada economy was in a really good place.

Back then, Station Casinos pitched a $500 million project that included three 225-foot-tall hotel towers with 900 rooms and suites, a casino, and retail space, among other facilities. The plan was approved by the Reno City Council in 2006. Following the approval, Station Casinos made a series of land purchases, including large vacant plots in the southern part of Reno.

Then the real estate bubble burst in the US and with that came the Great Recession. Nevada, highly dependent on its real estate and construction industries, was among the states to be hit the hardest by one of the worst economic downturns.

Foreclosures soared in the state while its casino and tourism sectors were living their worst nightmare.

Reno Land Up For Sale

By around 2014, Station Casinos had begun to sell some of its land in Reno, but kept an 89-acre parcel on Mount Rose Highway where it planned to build a casino resort. In 2016, the company listed that property as well, but pulled it off the market later that year.

The casino operator then presented a new casino project to the Reno City Council. The new plan envisioned a much smaller casino complex that comprise around 21,000 square feet of gaming space with a sportsbook, mobile wagering kiosks, a sports bar as well as four dining outlets, a five-screen mobile theater, and a 12-lane bowling alley.

That plan was, too, approved by Reno city leaders. However, it emerged last week that Station Casinos has listed the plot where the casino complex was to be built for sale.

The company made two listings on Commercial Real Estate Exchange’s website. The first listing includes the 89-acre plot of vacant land on Mount Rose Highway and the other is for an eight-acre parcel in a high-traffic area not far from the Reno-Sparks Convention Center and the Reno Town Mall.

The Covid-19 crisis and its impact on Station Casinos’ business could be seen as the main reason for the company’s decision to list its Reno property for sale. The casino operator said in August that four of its properties in Southern Nevada could never reopen as a result from the worst health panic the world has seen in a long time.