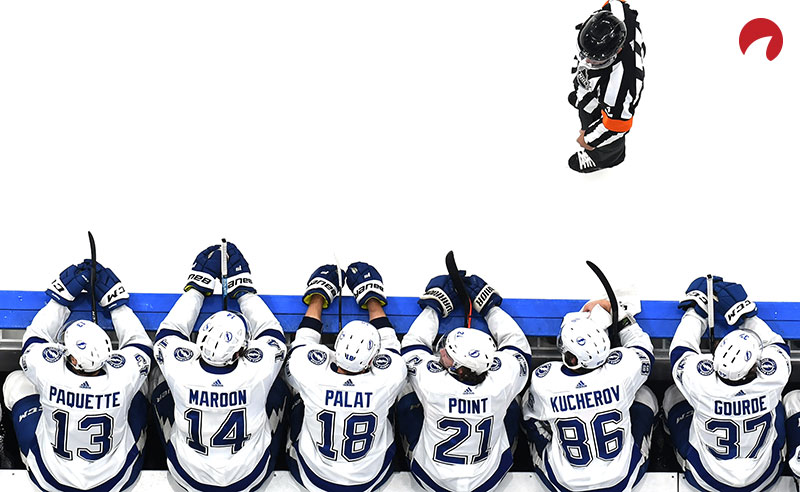 The 2020 edition of the Stanley Cup playoffs has been nothing short of thrilling so far, and with the conference finals nearing a conclusion, sportsbooks have updated their odds on which team is the likeliest to hoist Lord Stanley’s holy grail in 2020.

New to betting on hockey? We have a great NHL betting tutorial to assist you in placing a wager. Also, be sure to check out our NHL odds page for the latest up-to-date betting lines.

Who is Favored To Win the Stanley Cup?

Odds as of September 16 at Bovada

Islanders Trying To Claw Back vs Lightning

Down 3-1 in the series and on the brink of elimination, the Islanders answered in a big way in Game 5, topping the Lightning 2-1 in double overtime to force a Game 6 on Thursday. Semyon Varlamov was the key for New York, stopping 36 shots.

Tampa Bay is the -155 favorite in Game 6. The OVER/UNDER for the matchup has been set at 5.

Since the conference format was adopted for the 1981-82 NHL season, teams with a 3-1 lead in the conference finals are 34-1 (97.1 percent). The only team to accomplish the comeback was the 2000 New Jersey Devils, who rallied to defeat the Philadelphia Flyers in the Eastern Conference final and went on to win the Stanley Cup.

So, what are the oddsmakers making of this series? According to our NHL Series Price page, they think the Lightning will emerge triumphant and head to the Cup Final. Tampa Bay is priced at -700 to win the series. They were -3000 prior to Game 5.

The Stars have advanced to the Stanley Cup Final for the first time in 20 years, beating the Vegas Golden Knights in five games.

Dallas goaltender Anton Khudobin, filling in for the injured Ben Bishop, was sensational all series long. The Russian stopped 34 of the 36 shots he faced in Game 5.

It’s interesting to see that the Stars have already booked their ticket to the Cup Final yet are still available in plus money. The sportsbook is clearly expecting the Lightning to win the championship, but Tampa Bay has to get past New York first. Simply put, if you like the Stars to win the title, the time to bet them is now.