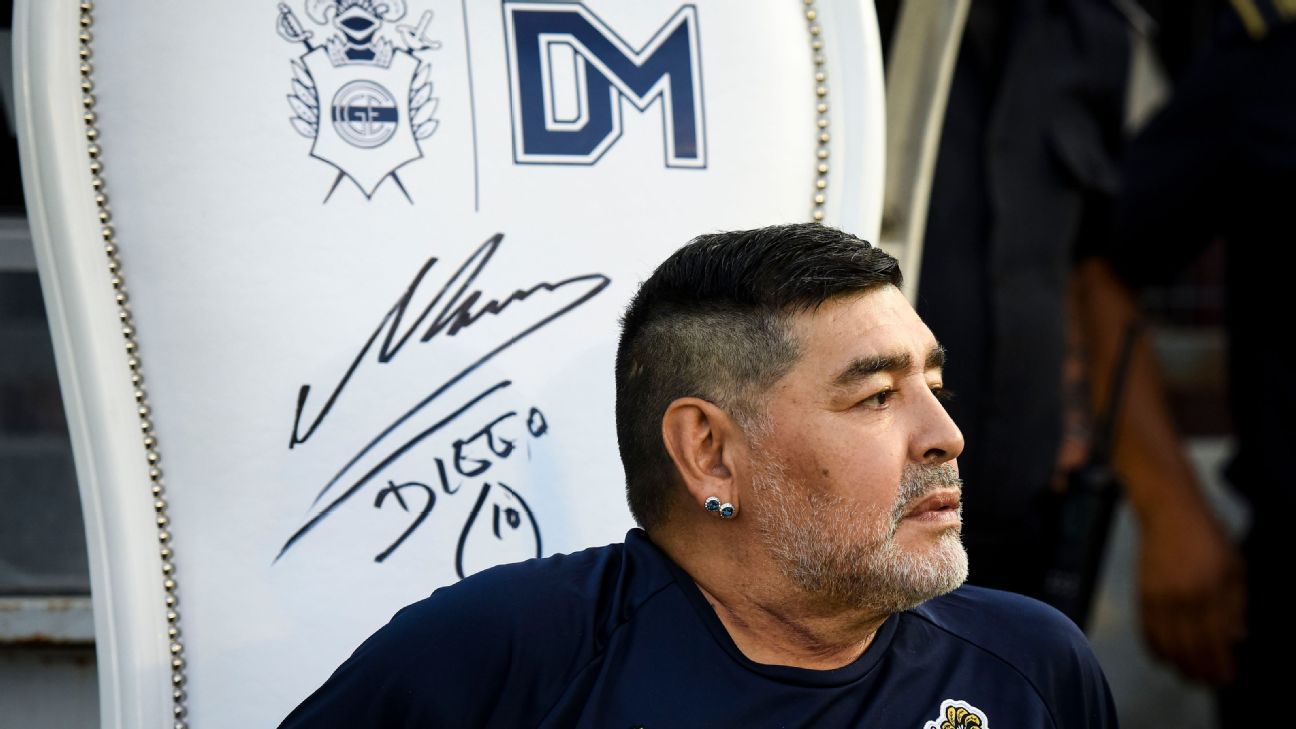 Argentina legend Diego Maradona has been hospitalized in the city of La Plata, with his personal doctor saying that the World Cup winner “needed to stay hydrated, get some blood tests and studies.”

Dr. Leopoldo Luque told ESPN F90 in Argentina that there was “not an emergency situation here” and that Maradona can “leave if he wants.”

“My idea is to have him at least three days to check on him and keep him under control,” Luque said, adding that “Maradona is psychologically ill and that can affect your physical health.”

Maradona, who celebrated his 60th birthday on Friday and manages first-division side Gimnasia La Plata, was in attendance of Gimnasia’s 3-0 win over against Patronato before leaving at kickoff.

Maradona sat out Gimnasia’s first days of training in August as a precaution to avoid the risk of becoming infected with COVID-19 as he is considered in the risk group.

Since ending his playing career in 1997, the ex-Napoli, Barcelona, and Boca Juniors star has battled a series of health issues. He admitted to hospital in January 2019 with internal bleeding in the stomach. He also fell ill at the 2018 World Cup in Russia, where he was filmed passing out in an executive box at the Argentina-Nigeria game.

In 2004, he was hospitalized with severe heart and respiratory problems related to a long battle with drug addiction. He has undergone two gastric bypass operations to control his weight and also received treatment for alcohol abuse.