Macau has been hit especially hard by COVID-19, but is finally starting to see some recovery. The numbers are still way off from where they should have been by this time; however, everyone has come together to try to put the coronavirus pandemic in the rear-view mirror as quickly as possible. Casino operator SJM Holdings could ultimately emerge as a leader in the market, but not necessarily because of its existing presence in the city. Instead, according to Singapore-based research firm Smartkarma Innovations, SJM will gain significant ground because of a new venue it will soon open. The fact that it is coming on the heels of COVID-19’s decline simply gives it a well-timed boost out the gate. 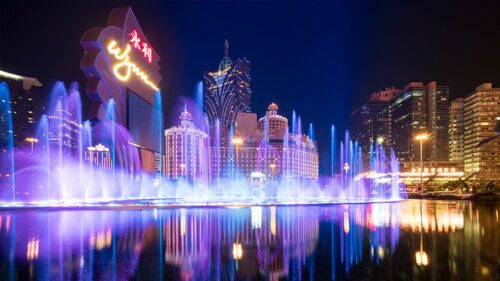 As Macau travel restrictions start to be lifted, SJM is almost ready to introduce its Grand Lisboa Palace casino resort. The $5-billion property on the Cotai Strip should have been able to start receiving gamblers earlier this year; however, the coronavirus pandemic caused those plans to be altered. Now, SJM’s first Cotai property is ready to make a splash sometime in the first quarter of next year, and the launch will allow it to capitalize on what should be a strong market of gamblers looking to get back to their favorite hobbies.

Smartkarma explains, “We expect that when Grand Lisboa Palace opens, coupled with a slow recovery in sector gaming revenues from the pandemic, the immediate impact will be [market] over-capacity, leading to market-share shifts among operators with SJM [Holdings] being the primary beneficiary.”

In other parts of the world, as casinos were able to ramp up their operations again, many saw a sudden influx of patrons with pent-up desires to gamble. This led to revenue reports that were substantially higher than many anticipated, and the same could hold true for Macau’s gambling scene once it is fully operational once again.

Construction crews walked away from Grand Lisboa late last year after being able to step back and admire their work. SJM started to put the final touches in place for an early-2020 launch before being forced to change its plans, but has everything ready to go once the Macau government says it can open. While it could conceivably flip on the lights sometime before the end of the year, it’s more likely that a launch in the first quarter, and possibly the first month, of 2021 will be seen.

Smartkarma also believes that Las Vegas Sands, through its Sands China arm in Asia, could move up a notch or two in the ranks, as well. Sands China is converting the former Sands Cotai Central to The Londoner and its phased rollout might be able to attract more activity than expected. Smartkarma explains that Sands plans to “open the Londoner [Macao] property in phases from financial year 2020 to financial year 2021, with an additional 290 new suites at Four Seasons, 600 suites at the Londoner Hotel, and 390 new suites at Londoner Court,” and that these additions should prove lucrative to the operator’s bottom line.