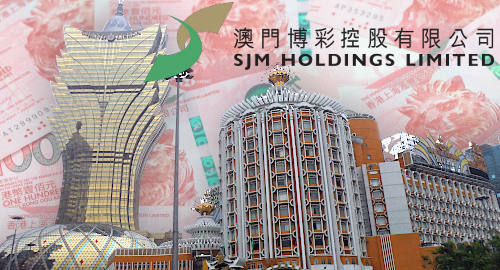 Macau casino operator SJM Holdings lost $133m in the third quarter as the gaming market struggled to shake off its pandemic hangover.

The company didn’t mince words, saying it had been “severely impacted” by the COVID-19 pandemic, and its year-to-date losses have grown to HK$2.44b as revenue slumped by nearly 80% over the first nine months of 2020.

VIP gambling turnover was down 95.5% to just HK$4.1b but an outsized 4.9% win rate (+1.8 points) limited the VIP gambling revenue decline to a slightly less onerous 93%. But the HK$200m in VIP revenue was dwarfed by the mass market table contribution of HK$690m (-89%) while slot machines suffered the smallest decline, falling 80.8% to HK$57m.

SJM also announced that it had (finally) completed construction of its Grand Lisboa Palace, the company’s first gaming venue on the Cotai Strip. But the need for local regulators to conduct inspections and issue approvals means the property’s grand opening has once again been pushed back, this time to the first quarter of 2021.

Hotel occupancy at SJM’s (for the moment) flagship Grand Lisboa Hotel was a mere 5.3% in Q3, down from 91.3% in Q3 2019. That figure may have risen significantly in recent weeks, as the Macau Government Tourism Office announced Wednesday that market-wide occupancy had risen to 40% — up from 16.4% in September – although at least some of this gain is due to hotels slashing their room rates in a desperate bid to lure mainland tourists.

MGTO director Maria Helena de Senna Fernandes also noted that average daily visitation to Macau currently stands at 20k, a step down from the 22.5k average during the recent Golden Week holiday week, but better than the market’s pre-holiday stats.

The continued relaxation of travel restrictions from more Chinese provinces is expected to further grow traffic figures in the coming weeks and months, although analysts remain bearish on the overall Macau gambling market’s short-term recovery prospects.