It’s strange to say this about a team bottom of the Premier League and 12 points adrift of safety, but things are actually going quite well at Sheffield United right now.

They’ve won five of their last eight games in all competitions and know a home victory over a Championship side will take them into the quarter-finals of the FA Cup.

History shows the Blades have won 16 of their last 17 FA Cup ties against sides from a lower division but there are other reasons to think they can progress from this one.

For a start, that form is pretty good despite plenty of recent injury problems.

The good news for Chris Wilder on that front is that both Enda Stevens and Lys Mousset could be available again for this game, although George Baldock seems likely to remain sidelined. 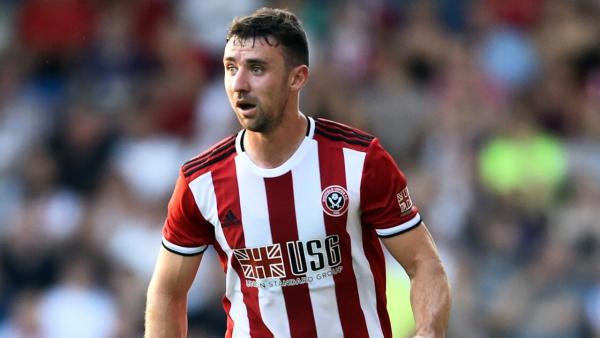 For those of us old enough to remember when the FA Cup truly was a prize to cherish, it’s been refreshing to see Wilder’s attitude to the competition.

He made just one change for the third-round win at Bristol Rovers and two for the home tie with Plymouth last time out.

Having famously riled Jurgen Klopp with his views on how much football players are capable of, Wilder has been rewarded for his selections, with the Cup victories helping create some much-needed momentum in the league campaign.

Bristol City have lost three in a row in the Championship, losing ground on the race for a play-off spot – they are now six points outside the top six.

Going further back, they’ve lost eight of their last 13 in all competitions with injuries also a theme at Ashton Gate.

Henri Lansbury has recently been brought in from Aston Villa to help on that front, while at least summer signing Joe Williams is now fit – he finally made his debut in the weekend loss to Cardiff.

Left-back has been a particular problem area with Jay Dasilva and Tommy Rowe both currently injured and the hosts could look to target that side of the defence.

Boss Dean Holden has tinkered with his line-up and formation in the search for answers to his side’s disappointing form and on Monday hinted at another change for this game.

Unlike Wilder, he’s opted to rotate in this competition with four changes for the 2-1 home win over Portsmouth and six for the 3-0 victory at Millwall in the last round.

How to boost the home win

That disruption and overall lack of confidence should play into the hands of Sheffield United, who have been in a much more stable, positive situation for the last month or so.

A home win looks fair enough but to squeeze some more out of that option, backing the Blades to win by a one-goal margin looks wise.

All five of their wins this season have come this way with United’s games regularly close-fought affairs – even recent defeats to red-hot Manchester City and improving Chelsea were suffered by just a single goal.

They’ve cleared lacked a goalscorer all season with Wilder regularly mentioning a lack of quality in attacking areas but graft has helped turn the tables at Bramall Lane of late and another night of hard work looks to be in store.

Backing this sort of home win takes the price up to 23/10 with the Sportsbook.

The market expects a fairly low-scoring game – under 2.5 goals is at 1.758/11 – but matches involving the Blades have seen an increase in goals of late. Six of their last eight have gone over this line, including both FA Cup matches against lower-ranked opponents, suggesting there could be some value in the overs at 2.0811/10.

However, the other bet worth considering in my opinion is Sheffield United to have the most cards. The problem is, at time of writing, the market wasn’t available. It may be worth the wait.

The Blades have picked up more yellow cards (44 in 23 matches) than any other Premier League team this season. In contrast, no Championship side has fewer than Bristol City (just 27 from 28 games).

I suspect the market will have the visitors as market favourites given their underdog status in the match but if that’s the case, the hosts will be worth a bet.

Famara Diedhiou has scored in three of his last four FA Cup appearances for Bristol City, netting in both the third and fourth rounds so far this term.