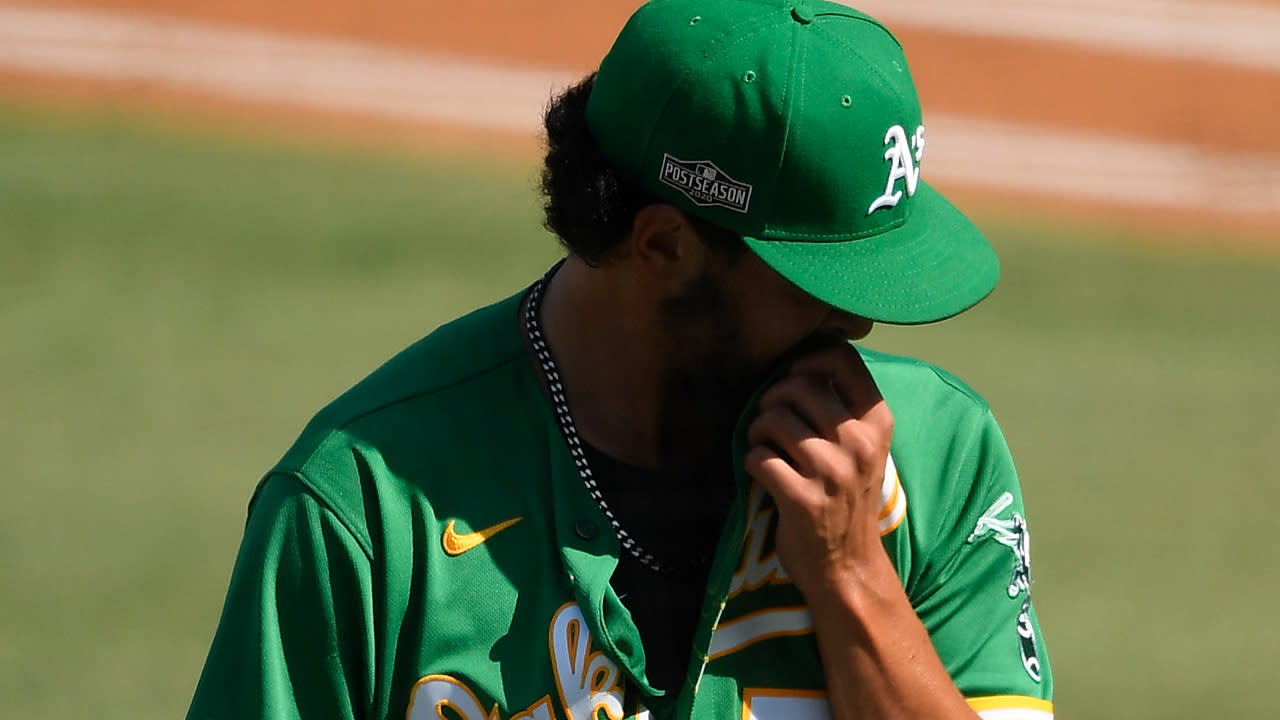 A’s starter Sean Manaea’s Game 2 AL Division Series outing Tuesday wasn’t what he had hoped for. It wasn’t the redemption story many of us hoped it would be.

The 5-2 loss to the Houston Astros was supposed to be the game to make everyone forget about last year’s AL Wild Card Game whomping brought on by the Tampa Bay Rays. It was going to be his time to prove he could handle playoff responsibilities.

But … that didn’t happen. Manaea said the bad outing was eerily similar to last year.

“It’s my job to go out there and pitch, and I didn’t do that today,” Manaea said after the game. “So yeah, it sucks, but this team’s going to figure this thing out and we’re going to turn around.”

The A’s fell behind two-games-to-none in the best-of-five game division series, which means Wednesday’s game could be it. Manaea believes the team is up for the challenge.

Rookie lefty Jesús Luzardo gets the nod for the A’s on Wednesday for Game 3. He’ll face a do-or-die situation after Manaea was left stranded on a mound Tuesday while balls continued to lift out of Dodger Stadium.

That’s what happens when you give the A’s a mid-day game start with a high temperature.

What advice would Manaea give Luzardo? Manaea said his main takeaway was that the Astros batter noticeably sat on his changeup quite a bit.

Luzardo will have to take that to heart ahead of the biggest start of his career.