There were huge celebrations at Adams Park on Tuesday night as Wycombe claimed their first Championship point of the season. Despite a poor start, Gareth Ainsworth had continued to exude positivity in his post-match interviews and refused to be accept that his side were struggling to match many of their big-spending opponents. There is a real sense of togetherness around the club, and with all of the players seemingly buying into Ainsworth’s methods and philosophy, they are finally starting to reap the rewards. Despite crashing to seven straight defeats, Wanderers hadn’t played particularly badly in any of those contests, with many opposition fans gracefully admitting that the Chairboys should probably have taken something from those meetings.

They out-shot high-flying Reading at the Madejski and would have taken something from their game last weekend, had it not been for a moment of magic from Mario Vrancic. Although they rode their luck against Millwall, and were comfortably outplayed by Blackburn, the Buckinghamshire side have shown enough endeavour and determination to give themselves a fighting chance of remaining in the league, and they will fancy their chances of potentially collecting their first maximum against out-of-form Sheffield Wednesday this weekend.

Ainsworth told the media that his side thoroughly deserved their point on Tuesday evening, and it’s hard to argue with that assessment. Watford goalkeeper Ben Foster collected the man of the match award, and the former England international made a string of impressive stops to keep the hosts off the score-sheet. Joe Jacobson thought he’d claimed an historic win with his inswinging corner, however, the officials had other ideas, and the goal was disallowed for an alleged infringement from Alex Samuel.

With their tails up and their confidence boosted by a midweek point, Wycombe are likely to make a fast start to this weekend’s contest, and they won’t be afraid to attack the South Yorkshire side. Although Scott Kashket had a quiet game on Tuesday, he always offers a threat going forward, and the performances of both David Wheeler and loanee Dennis Adeniran have impressed fans in recent weeks. At the back, Josh Knight and midweek goalscorer Anthony Stewart have formed a decent partnership and that is only likely to become even stronger as the season progresses.

In midweek, they produced the joint-fifth highest xG rating in the division, and they are unlikely to take a different approach this weekend. Ainsworth’s side only know one way to play, and that is with passion and relentless enthusiasm, and that could prove too much for a side who are coming off the back of a crushing defeat to their local rivals.

Sheffield Wednesday sit bottom of the Championship on -4 points. Even if they hadn’t been forced to begin the campaign with a deduction, they would still only be sat 18th in the embryonic table. Aside from some early season positivity which saw them sneak past Birmingham, and beat Cardiff on the opening day of the campaign, there hasn’t been an awful lot to celebrate in South Yorkshire recently. Garry Monk‘s side have lost three games on the bounce, and were reportedly abject against the Rotherham on Wednesday evening. Discipline has seemingly become a problem in recent weeks with both Tom Lees and Joost Van Aken having both been giving their marching orders in the last seven days. Both players will miss this trip to Adams Park, whilst defender Aden Flint will be assessed ahead of kick-off after hobbling off against the Millers.

Monk has blamed individual errors for their recent poor performances, and supporters are beginning to become a little frustrated at his repetitive post-match analysis. Wednesday have now scored just three times in their last six outings, and have been far too slow in the final third. The former Leeds and Middlesbrough manager isn’t the sort of person to shirk a challenge, however, he has a huge job on his hands here, and with the ever-increasing list of absentees, they could be in for a tough 90 minutes.

Given their current form, the visitors look far too short at 10/11. Wycombe are likely to play with plenty of purpose and are undoubtedly worth backing on the Double Chance market at 5/6. If they are to avoid an instant return to League One, this is exactly the kind of game that they must be taking something from. The visitors look short of confidence and are lacking in numbers, and therefore it makes sense to back Ainsworth’s men to take something from this contest.

By the time this game kicks off, it’ll be 28 days since QPR last found the back of the net in the Championship. Mark Warburton‘s side were ruthlessly efficient in front of goal last season, however, the West Londoners just cannot seem to find their rhythm in the final third this time around. Despite their lack of cutting edge, they still remain a couple of points clear of danger, and this can be attributed to their ability to limit the opposition. Prior to the midweek fixtures, they had conceded just four goals in their previous five encounters, and had become extremely adept at keeping their opponents at arm’s length.

Rangers suffered their heaviest defeat of the campaign on Tuesday night, crashing to a 3-0 loss at Oakwell. They weren’t helped by summer signing Rob Dickie’s early red card, and although they looked bright and breezy for the first 20 minutes, Barnsley eventually made the extra man count.

At the other end of the field, it didn’t quite fall for Lyndon Dykes, whilst Ilias Chair struggled to get into the game. QPR continue to have plenty of possession, and they often get into good positions, but they are struggling to create anything of note. They have registered just three shots on target across their last three Championship fixtures, and failed to test Declan Rudd during their recent home defeat to Preston North End. 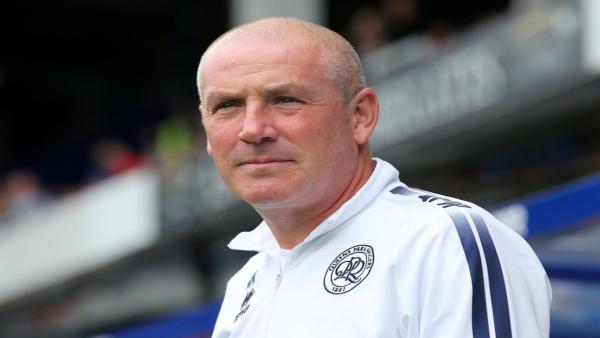 Cardiff aren’t faring much better, with many fans bemoaning their team’s slow build-up play in recent games. The Bluebirds are now unbeaten in five, yet they have drawn four of those games, and haven’t netted more than a single goal since September 19th. Harry Wilson missed the midweek stalemate with Derby County, and Lee Tomlin may not be fit enough to start this contest. As a result, the visitors are lacking creativity, and there has become an over-reliance on loanee Sheyi Ojo. Junior Hoillet is struggling to make an impact, although Will Vaulks‘ range of passing does tend to get the Welsh side moving upfield with a little more purpose.

Harris’ options are limited, however, many supporters have called for a change of formation, with some accusing the former Millwall boss of playing it safe, particularly on the road. Each of their last three matches have ended 1-1, and they appear to lack the necessary tools to finish teams off. Keiffer Moore, who was heavily linked with a move to QPR this summer, was back on the score-sheet in midweek, and they will be hoping that he can start delivering on a more consistent basis.

Neither of these sides look capable to taking the initative, and this is unlikely to be a classic. These two teams are short of confidence and its hard to envisage either of them collecting three points this weekend. The draw is available at 2/13.05, and that appears to be the best option on Saturday afternoon.

Barnsley and Watford to deliver an entertaining 90 minutes

Barnsley continued their excellent form on Tuesday night with a resounding 3-0 victory over QPR at Oakwell. The Tykes were unquestionably helped by Rob Dickie’s 26th minute dismissal, however, they played with plenty of energy and drive, and picked up their first Championship victory of the campaign. It was a night to remember for new coach for Valerien Ismael who was delighted to see his side extend their unbeaten run. The South Yorkshire outfit are now unbeaten in five of their last six outings, and they’ve also netted eight goals in their last four games.

There were a number of notable performances on Tuesday night with Callum Brittain, on just his third appearance for the club, putting in a man of the match display in the centre of the park. Callum Styles was also full of energy, whilst Connor Chaplin took his chance superbly well. 11 of Barnsley’s 15 shots hit the target, and they managed 12 efforts from inside the box. This young side may be a little naive at times, however, they are full of exuberance, and their confidence is likely to increase as the season progresses.

Watford looked a little leggy in midweek, with Vladimir Ivic’s side struggling to get out of first gear at Adams Park. The Serbian admitted that his side didn’t produce the level of performance he expected, and he will surely make some changes ahead of this weekend’s trip to Oakwell. The Hornets have kept things tight this season, and they remain exceptionally well-organised, however, fans are becoming a little frustrated at their side’s lack of cutting edge in the final third.

Despite picking up all three points, Ivic’s men struggled to contain Blackburn ten days ago, with Rovers firing in 19 shots across the 90 minutes. They were also out-shot by Bournemouth last weekend, and there appears to be a worrying downward trend in their recent performances. Ben Foster‘s sensational Tuesday night performance merited his inclusion in the Championship Team of the Week, and he may be busy once again in South Yorkshire.

The visitors have lost just a single game so far, and it’s difficult to back against them. However, they don’t look as assured at the back as they did throughout September, and Barnsley’s energy may catch them out. Both Teams to Score is available at 17/20 and that looks the best way to approach this contest. It would have paid out in each of the Hornet’s last three matches.