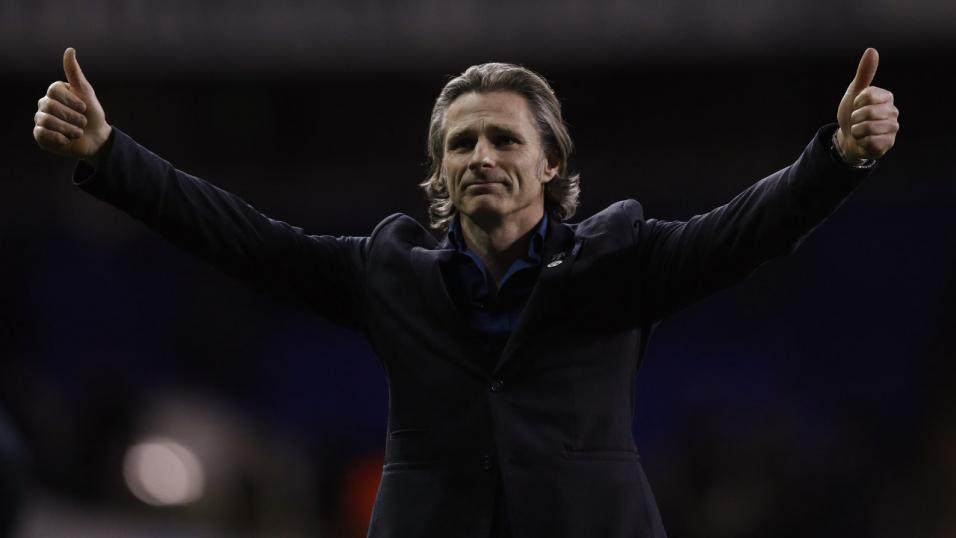 Wycombe almost battled their way to a precious point at the Vitality Stadium on Tuesday, however, despite their best efforts, the Chairboys left Dorset empty handed. Despite watching his side slump to a third consecutive Championship defeat, boss Gareth Ainsworth remained relatively upbeat, and commended his players on their efforts. It was another suitably gritty performance from the visitors, and although they remain deeply entrenched in the relegation zone, they are always competitive, and cannot be taken lightly.

Cherries full-back Adam Smith admitted that it was ‘not very enjoyable’ to come up against Ainsworth’s men, and spoke of how Wycombe made it extremely difficult for the Championship pace-setters to find their usual rhythm.

The hosts come into this game with a 1-3-5 record at this ground, although despite that underwhelming record, they have only conceded three times in their last five games at Adams Park. Sheffield Wednesday, Huddersfield and Brentford have all failed to find the net at this ground, whereas a scrappy second-half Nick Powell strike was all that separated the two sides when Stoke visited Buckinghamshire at the beginning of the month.

Although their defence has largely held firm on their own patch, Wycombe’s lack of firepower remains an obvious concern. They’ve found the net just once in their last four outings here, and they managed just a single shot on target against both Huddersfield and Stoke. With just four home goals to their name, Wycombe could struggle to create clearcut chances once again, although the return of Uche Ikpeazu may offer them something a little different in the final third.

QPR continue to stumble their way through the season, with the R’s having slipped to 19th in the Championship table. Mark Warburton‘s side drew their second successive blank on Tuesday night, picking up a well-deserved point against defensively-sound Stoke City. The West Londoners have failed to find the net seven times this campaign, and in three of their last four, and they will have to produce something special in order to find a way past a sturdy Wycombe back-line.

The visitors do have plenty of individual talent with Ilias Chair looking lively against Millwall ten days ago, and Bright Osayi-Samuel, who is capable of producing top class performances on a semi-regular basis. However, they haven’t managed to fulfil their attacking potential, and they are averaging just 0.78 goals per game on the road.

At the other end of the field, they’ve improved their defensive output and they’ve been breached just twice in their last three outings. This could be a low-scoring affair, which may be decided by just a single moment of quality. Under 2.5 Goals has landed in 63% of Chairboys matches this season, and it has also paid out in each of QPR’s last four games. It is priced at 1.875/6 on the Exchange and looks a superb option this weekend.

Watford to drop points on the road yet again

Huddersfield have become the archetypal Jekyll and Hyde side in recent weeks with the Terriers having excelled at the John Smith’s Stadium, however, their form on the road remains desperately poor. Carlos Corberan‘s men remain hugely inconsistent, although they are four unbeaten on their own patch coming into this contest. The loss of Josh Koroma is a significant blow to their faint play-off hopes, and Corberan will be hoping that he is given the funds to strengthen his forward-line in January.

The Terriers have largely played on the front foot at home in recent weeks, and fired in 10 shots from inside the box against Middlesbrough at the end of November. Six of their 11 efforts against QPR were on target, whilst they also created numerous chances during their straightforward 2-0 victory over Sheffield Wednesday earlier this month.

The form of loanee Carel Eiting has been a huge positive this season, and he has slotted in nicely alongside the impressive Lewis O’Brien and former Watford man Jonathan Hogg.

Only three sides have left this ground with maximum points this season, each triumphing by just a single goal. They’ve won five of their last eight games in West Yorkshire, and although they are likely to find this tough, they will be feeling confident about their chances of coming away with something from this clash.

Watford picked up just their second away win of the campaign last weekend, as they edged past Birmingham at St.Andrews. Despite the result, the Hornets were largely unconvincing, and were indebted to a spot of lenient officiating. The visitors managed just four notable efforts throughout the 90 minutes and rarely looked like troubling Neil Etheridge in the home goal. Vladimir Ivic‘s side are yet to hit top gear, and they managed just a single shot on target at both the City Ground and Ashton Gate in recent weeks.

The Hertfordshire side are the joint-second lowest away goalscorers in the division, and despite Troy Deeney’s best efforts, their lack of creativity on their travels is a huge concern.

The hosts have a small squad, and injuries are unlikely to help their cause, however, they should be strong enough to take something from this contest. Huddersfield Draw No Bet is available at 8/5 on the Sportsbook and looks a viable option in this Saturday afternoon clash.

Goals expected in the Potteries

Stoke have picked up back-to-back clean sheets in the last seven days, holding both QPR and Derby County to goalless draws on their travels. Michael O’Neill has certainly made his side much tougher to beat, and the Ulsterman has won 22 of his 50 matches in charge. He’s also guided his team to 20 clean sheets during that period, however, the Staffordshire outfit are currently struggling to keep the opposition off the scoresheet here.

Only Middlesbrough and Rotherham have failed to register at this ground so far this season, whereas Cardiff, Norwich and Huddersfield have netted an accumulative eight goals here since the end of November.

Although O’Neill complained that his side didn’t do enough in the final third on Tuesday night, he will undoubtedly be pleased with their productivity at home. Stoke have scored in each of their last eight matches here, and earlier in the campaign, they fired three past Brentford and four past Huddersfield.

Their home matches have contained an average of 3.33 goals per game so far this season, more than any other side in the division, and free-scoring Blackburn could play their part in a hugely absorbing contest on Saturday afternoon.

Rovers fell behind in midweek, before Harvey Elliott and Adam Armstrong turned things around for Tony Mowbray’s men. Their 2-1 success ended a three match winless run, and although they weren’t at their fluent best, they were still able to showcase their immense attacking talent. By their own high standards, their quality in the final third was lacking against Rotherham, however, they undoubtedly have enough quality to trouble Josef Bursik in the home goal.

Mowbray’s men rarely draw a blank, and only Swansea and Bristol City have prevented them from finding the net on the road so far this campaign. Their away games are averaging 3.22 goals per game, and another potentially high-scoring 90 minutes awaits. Over 2.5 Goals is 1.9420/21 on the Exchange and looks to be a superb option this weekend.