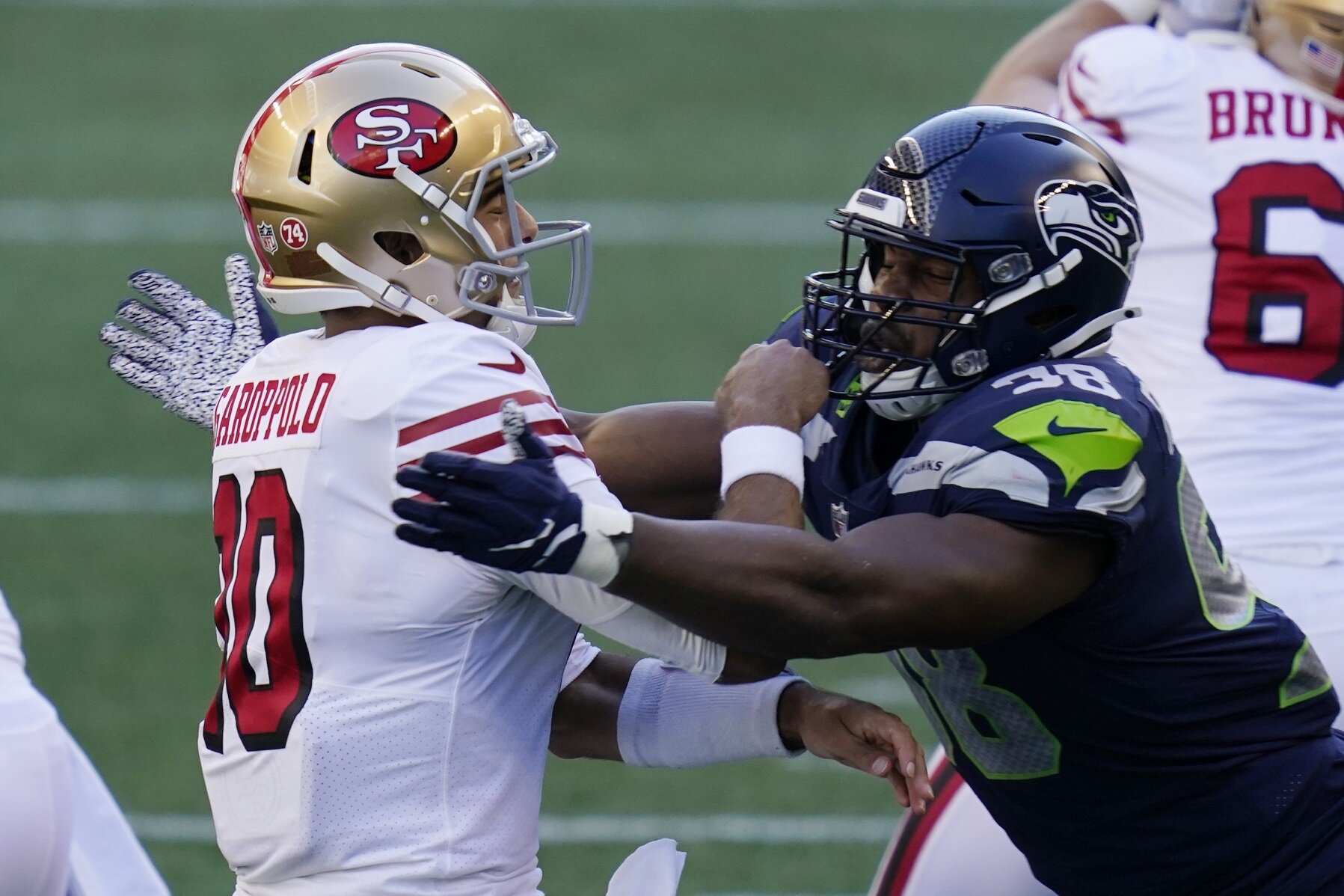 The Packers offense did its job as Aaron Rodgers and Davante Adams connected on three touchdown scores against the Vikings secondary. Green Bay’s rush defense, on the other hand, could not contain Dalvin Cook who racked up 226 total yards, 163 on the ground, with four touchdowns in Minnesota’s 28-22 upset road win. The Packers fell to 5-2 straight up and against the spread.

The 49ers are in danger of regressing from Super Bowl runners-up to missing the playoffs. San Francisco scored 20 of their 27 points in the fourth quarter after the Seahawks had built a 23-point lead. Not only did the 49ers falls to 4-4 straight up and and ATS, they’ll likely be without two key players for Thursday night’s tilt against the Packers.

Green Bay opened as 2.5-point road favorites and things remain that way at most online sportsbooks we track. The 49ers moneyline opened at -108, but dipped to between +125 and +130. The point total opened at 50.5, but ticked up to 51. The total has gone OVER in eight of San Francisco’s last 11 games against the Packers.

Packers running back A.J. Dillon, who contributed 37 total yards last Sunday, has tested positive for coronavirus and will be out Thursday. With lead back Aaron Jones out the past two games with a calf injury and his Week 9 status doubtful, Jamaal Williams is in line for a heavy workload. Williams has racked up 152 rush yards and caught 10 of 11 passes with a touchdown the past two games. He now faces a 49ers defense ranked 10th against the rush and allowing just 4.0 yards per carry. Williams’ pass-catching ability does open up the playbook with Rodgers likely to use play-action more often to keep San Francisco’s linebackers honest.

Before Russell Wilson carved ’em up for 261 yards and four touchdowns, San Francisco’s pass defense ranked in the league’s top three. The reason this is noteworthy is that Wilson’s effort opens the door for Rodgers and top target Davante Adams to deliver another upper-cut to a wobbly defensive secondary. Adams, who missed two games earlier this season due to injury, has caught five touchdowns in the past two games.

Note: Due to Dillon’s positive test, the Packers staff and players elected to meet virtually rather than in-person Monday. This is sub-optimal on a short week.

#49ers QB Jimmy Garoppolo is expected to miss an extended period of time with a high-ankle injury suffered yesterday, sources say. Could land in IR.

Jimmy Garoppolo suffered a high-ankle sprain in the 49ers Week 2 win over the Jets and he missed two games because of it. Reports suggest he tweaked that same ankle during the Seahawks game Sunday. He was pulled at the start of the fourth quarter in favor of Nick Mullens. Jimmy G would retreat to the lockeroom shortly thereafter. He’s questionable for Thursday.

Garoppolo’s top target, George Kittle, who has also missed time due this season, suffered a foot injury that will require an MRI and team update early this week. MRI Update: small fracture in foot, he’s out indefinitely.

Mullens completed 18-of-25 passes for 238 yards and two touchdowns in place of Garoppolo. The third-year quarterback out of Southern Miss went 2-1 in three starts earlier this season when Garoppolo was out with the high ankle sprain.

With all eyes on how the Packers rush defense will respond to the embarrassing effort against Dalvin Cook, the typical focus would shift to the 49ers backfield. However, Raheem Mostert and Jeff Wilson are hurt and Jerick McKinnon is woefully ineffective. The lack of a reliable rush attack against a sub-standard rush defense places even more pressure on Mullens this week.

San Francisco also made headlines Monday when they traded Kwon Alexander to the Saints in exchange for Kiko Alonso and a draft pick.

At this point, Nick Mullens may be the better option at quarterback for San Francisco. However, backing Green Bay on the road has little to do with the 49ers offense and more to do with concerns that their defense won’t be able to contain Rodgers and Adams on the short week.

Check out our expert NFL betting guide if you want to learn more about How to Bet on Week 9 of the NFL or head right to our favorite online sportsbook review page and find the right site for you!