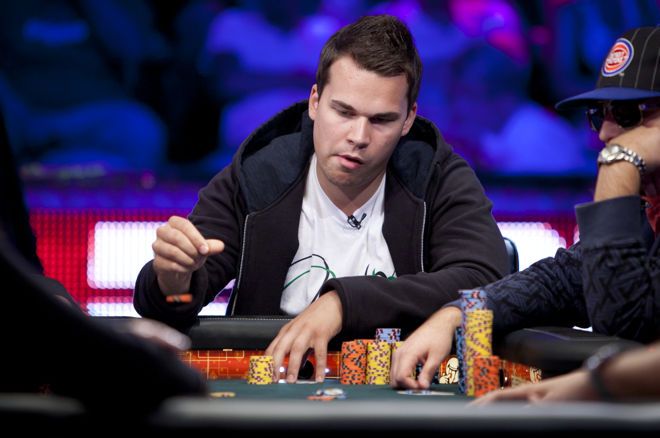 Some poker players go their entire careers without winning a poker tournament but Sami Kelopuro isn’t just some poker player. On February 8, Kelopuro triumphed in not one, not two but three of GGPoker’s high stakes Sunday tournaments, a remarkable feat we’re sure you’ll agree.

Kelopuro’s first victory came in the High Roller Blade Bounty King PLO tournament, which had a compact but star-studded field of 21 entrants. Only three of the six-handed final table received a payout from the main prize pool, meaning Gavin Cochrane, “Pen15” and “Lauvai” walked away with only the bounties they collected along the way.

Isaac Haxton finished in third for a combined $12,968. Haxton would later make amends for not winning this by taking down another event. Haxton’s exit left Kelopuro and Adam Hendrix heads-up. Kelopuro plays heads-up PLO cash games so had an advantage in this one-on-one encounter. He pressed that advantage home and scooped a total prize worth $30,832, leaving Hendrix to collect $22,574.

Victory number two for Kelopuro came in another PLO tournament, the $2,625 buy-in High Rollers Blade. It was another compact field with 33 players buying in but, again, the field was super stacked.

“Lauvai” fell in sixth-place and was the only finalist to return home empty-handed. Gavin Cochrane crashed out in fifth for $8,553 with Andras Nemeth scooping $11,405 for his fourth-place demise.

Ukraine’s Andrii Novak busted in third for $15,210, setting up an enticing heads-up encounter between Kelopuro and Brazil’s Yuri Dzivelevski. Kelopuro is a dangerous opponent at the best of times but in this form he is practically unstoppable, as Dzivielevski found out. The Brazilian fell in second and banked $20,282 with Kelopuro getting his hands on the $27,047 top prize.

The Finn completed his hattrick with victory in the High Rollers Sunday Blade Closer $5,250, another small field but this time no-limit hold’em instead of Kelopuro’s preferred pot-limit Omaha.

Other GGPoker Highlights From February 7

888poker’s new Mountain tournament crowned its first champion this weekend and Frederic “madfred01” Brisebois is that champion. Victory weighed in at a cool $22,000, a victory that came after defeating Brazilian pro Kelvin “Kelvin_kerbe” Kerber heads-up, leaving Kerber to bank a still impressive $17,000.

Everyone at the final table turned their investment ($530 if you bought in direct) into at least $3,000. Among those who reached the final table were Felipe “mr.salgado” Salgao who finished fifth for $8,000 and British pro Jamie “jamnix90” Nixon whose third-place exit yielded a $13,000 payout.

Other 888poker highlights from February 7

Aleksejs “APonakov” Ponakovs is no stranger to major final tables so it was unsurprising to discover he’d won the PokerStars $1,050 Sunday High Roller.

Some 294 players bought in this week leaving a slight overlay on the $300,000 guaranteed prize pool. Mike “SirWatts” Watson was the unfortunate bubble boy, his 35th place meaning he was the last player to exit empty-handed.

The final table was also littered with superstars, as you’d expect from such a high buy-in event. Such luminaries as David “MissOracle” Yan, Niklas “Lena900” Astedt and Yuri “theNERDguy” Dzvielevski fell short of glory, however.

Ponakovs and Daan “DaanOss” Mulder set about each other one-on-one and it was Ponkaovs who came out of the battle unscathed and with the $57,262 top prize in tow, leaving Mulder to collect $42,863.

Other PokerStars Highlights From February 7

The High Roller Big Game at partypoker is one of the most fiercely fought online poker tournaments of the week. It’s a tournament that attracts the very best poker players in the world, but the field packed with household names was outlasted by the little known Robert Davison.

Davison overcame 117 opponents to get his hands on the $73,494 top prize. Victory was made all the more sweeter by the fact Davison defeated some legitimate superstars at the nine-handed final table.

Christoph Vogelsang and Dutch trio Pim Gieles, Daan Mulders, and Witese Hasper were early casualties. Shawn Daniels, Marius Gierse, and Vladimir Kravchenko were the next players to fall by the wayside.

Ami Barer was the only player standing between Davison and an epic victory and Davison sent him to the showers in second place, a finish worth $47,291!

Other partypoker Highlights From February 7