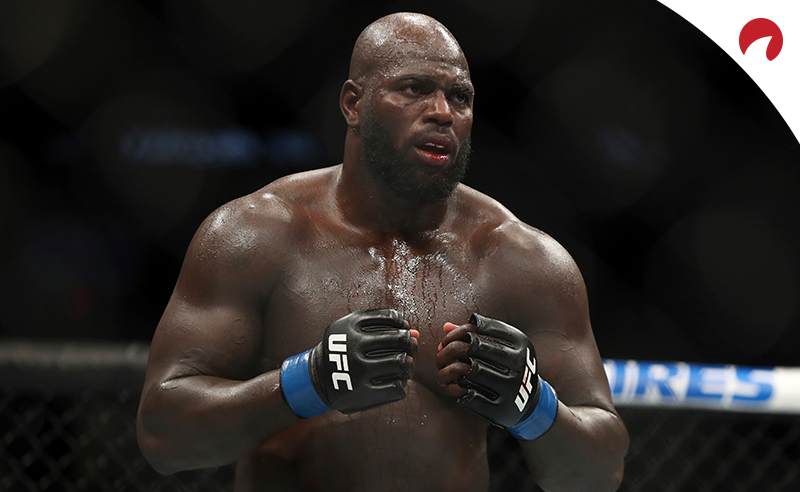 For the second consecutive week, heavyweights will be on the UFC marquee. After Derrick Lewis and Curtis Blaydes collided last week, Jairzinho Rozenstruik and Ciryl Gane headline this week’s card with both men looking to climb closer to a title fight. UFC Fight Night: Rozenstruik vs Gane takes place on February 27.

Although Rozenstruik isn’t unbeaten like his opponent, his lone defeat came against Francis Ngannou in May of last year but he returned to the win column in August. Bigi Boy is 5-1 in the UFC with each fight ending in a knockout – buckle in, folks!

Gane has been picking his way through the heavyweight division, with four wins in the UFC, and is now 7-0 overall and looking poised to make a big jump in the rankings. Six of his seven pro fights have been stoppages, with three knockouts and three submissions.

Online sportsbook Bovada has released UFC Fight Night: Rozenstruik vs Gane odds with Gane listed as the -275 favorite and Rozenstruik the +215 underdog. This means you would have to wager $275 to profit $100 on a Gane victory, while a $100 bet on a Rozenstruik win would profit you $215.

Looking at the UFC Fight Night: Rozenstruik vs Gane odds for the entire card, the biggest favorite comes in the light heavyweight co-main event with Magomed Ankalaev as the -350 chalk and Nikita Krylov listed as a +265 underdog.

The tightest betting line also comes in the light heavyweight division in the prelims as William Knight and Alonzo Menifield both have -115 odds in a pick‘em.

New to betting on the fights? Check out our how to bet on the UFC guide to help you get in the action. Also, be sure to keep an eye on our UFC odds page for the latest up-to-date betting lines.

It didn’t take long for Jairzinho “Bigi Boy” Rozenstruik (+215) to climb the heavyweight rankings, getting a No. 1 contender fight in his fifth appearance. A win here puts him back on track for another opportunity. Meanwhile, Ciryl “Bon Gamin” Gane (-275) hopes that a victory in this bout will land him a fight with a top-five heavyweight in his next endeavor.

Aiming to extend his five-fight winning streak, Magomed Ankalaev (-350) is the biggest favorite on the card to do so. Hoping to cash as a big underdog is Nikita “The Miner” Krylov (+265), who has been on a win-one, lose-one streak over his last five bouts, coming off a decision win last March.

Mayra “Sheetara” Bueno Silva (-140) looks to win her second fight in a row after suffering her first professional loss in March of last year. Meanwhile, Montana De La Rosa (+110) hopes to avoid a second straight setback coming off a unanimous-decision loss in September.

After this fight was postponed two weeks ago on UFC 258, it has been rescheduled for this card. Pedro “The Young Punisher” Munhoz (+115) has dropped his last two fights following a three-fight winning streak that included a victory over former champion Cody Garbrandt. Jimmie “El Terror” Rivera (-145) snapped his 2019 two-fight losing skid last summer when he beat Cody Stamann by decision. This is a rematch from 2015 when Rivera earned a split-decision win.

Following back-to-back controversial split-decision losses, Angela “Overkill” Hill (-300) looks to return to the win column for the first time in just over a year. Ashley “Spider Monkey” Yoder (+230) was in a similar situation with two losses in a row before she earned a win last November. Hill earned a unanimous-decision win over Yoder in 2017.

Alex “Bruce LeeRoy” Caceres (-230) is having a bit of a resurgence of late, winning three in a row, his best stretch since he had four wins and a no contest from 2012 to 2014. His opponent, Kevin “The Hard-Hitting Hillbilly” Croom (+180), had his UFC debut victory overturned after he tested positive for marijuana, otherwise he’d be on a four-fight winning streak.