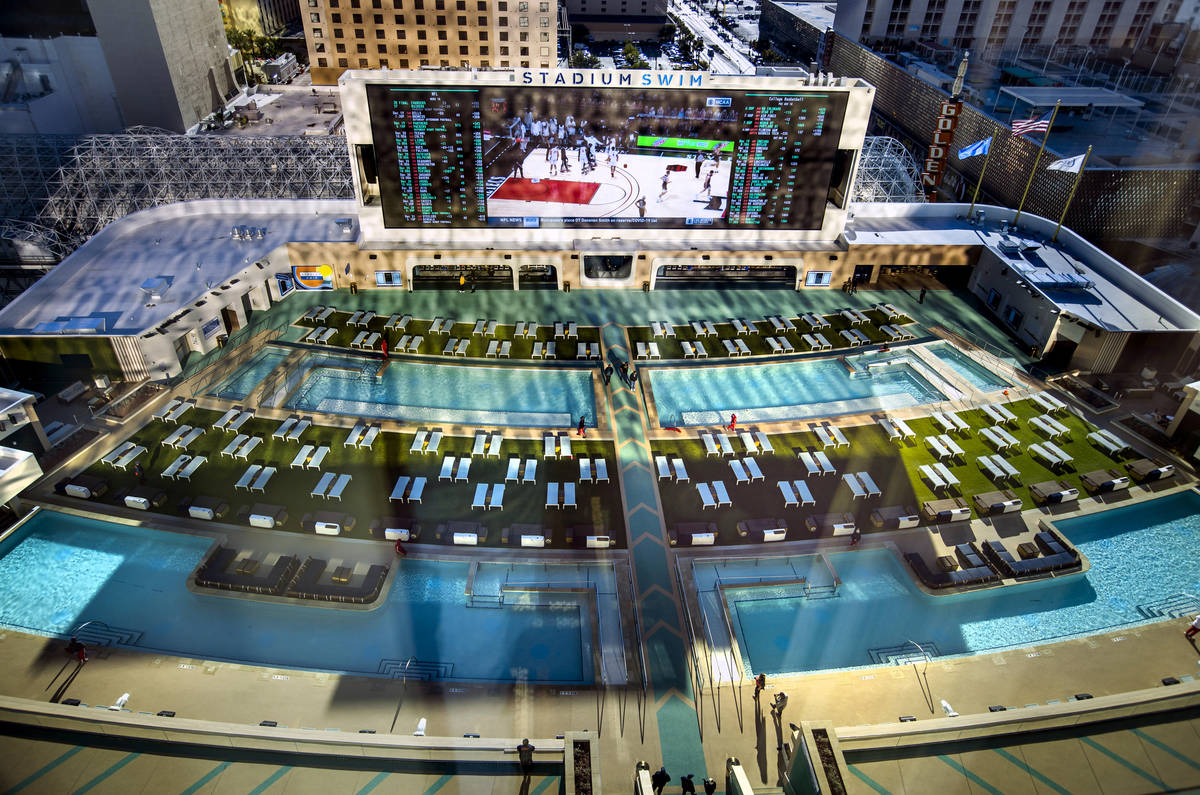 Resort-casinos across the valley are seeing room rates skyrocket this weekend, with some hitting prices not seen in months. The high price points hint that demand is picking up for Las Vegas vacations, especially now that COVID-19 case numbers are dropping.

A stay at The Cosmopolitan of Las Vegas this Saturday starts at $650, according to prices listed on Hotels.com. Last week, a weekend stay started at $325. A stay at Red Rock Resort went from $188 to $399 in that same time span.

Spokespeople for the two properties did not immediately return a request for comment.

At Circa, rooms start at $399 this Saturday, up $100 compared with rooms last weekend, according to the company’s website. The tournament promises to bring plenty of business to the downtown property and its three-story sportsbook, even with a 50 percent casino floor occupancy limit in place.

“We are reaching full occupancy across all properties,” said Angela Ciciriello, spokeswoman for sister properties Circa, D Las Vegas and Golden Gate.

Starting room rates at certain Caesars Entertainment Inc. properties also are seeing a boost this weekend. A stay at the Rio, which started at $64 last Saturday, starts at $139 this Saturday, according to prices listed on Hotels.com. Meanwhile, starting prices at the Flamingo went from $149 to $175.

“Las Vegas has always been a top destination for sports fans, and with the triumphant return of March Madness, hotel bookings have increased across the city,” a Caesars spokesperson said.

Rising room rates may be bad news for budget-conscious travelers, but it could be a boon for Las Vegas resorts and the state.

According to the latest monthly Las Vegas Convention and Visitors Authority report, the city’s average daily room rate in January was down 41 percent year-over-year at $90.71.

Less spending by visitors means less funding for the state; Nevada collected just under $1.3 billion in tourism industry-specific taxes in fiscal year 2020, down 29 percent compared with the year prior. This drop affects state and local services such as education, according to the Nevada Resort Association’s 2021 Nevada Gaming Fact Book.

The NCAA basketball tournament is known as one of the biggest annual events for Las Vegas casinos. Companies missed out on potential earnings last year when the tournament was canceled due to the onset of the COVID-19 pandemic, but this year should come back in full swing. The American Gaming Association estimates that more than 47 million Americans are expected to place bets on this year’s March Madness tournament, similar to 2019 numbers.

The tournament starts in earnest on Friday after Thursday’s four play-in games.