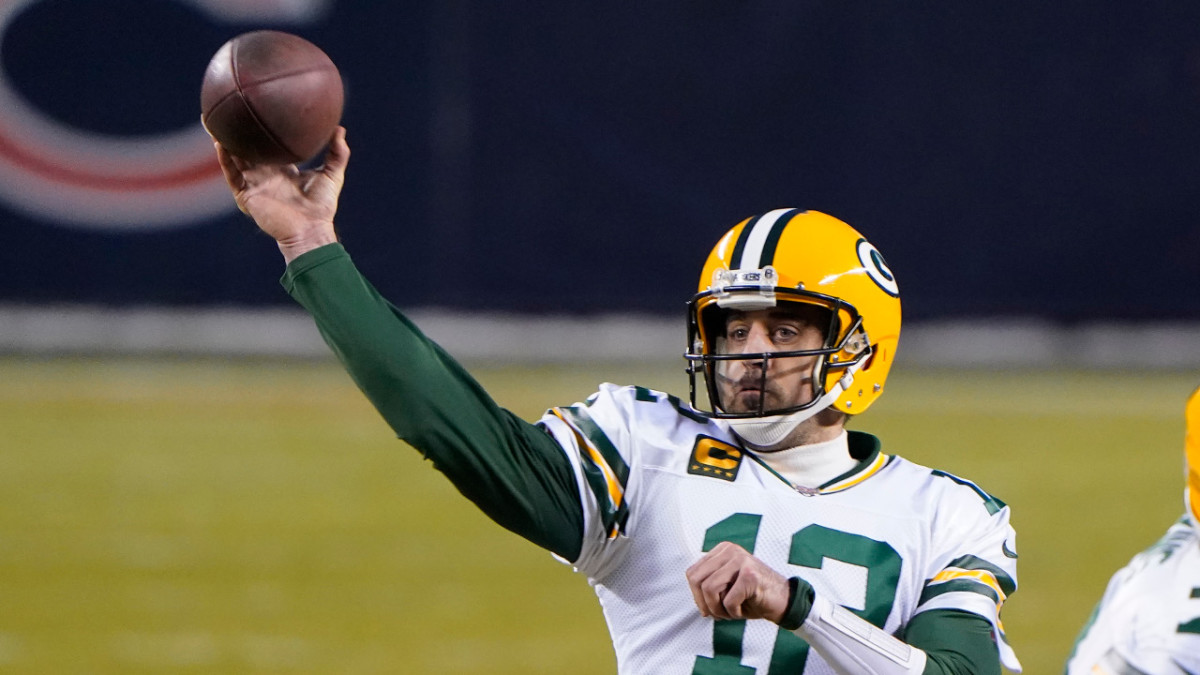 GREEN BAY, Wis. – The time has come and gone to bet on Aaron Rodgers to win MVP.

Literally, in many states, it really is too late. At Westgate SuperBook in Las Vegas, for instance, Nevada law dictates the bet be taken down before Week 17. The last price its clients saw was Rodgers at -900.

Rodgers likely put an exclamation mark on what should be his third MVP award on Sunday at Chicago. He completed his first 10 passes and finished the day 19-of-24 passing for 240 yards and four touchdowns to propel the Packers to a 35-16 victory that clinched the No. 1 seed in the NFC playoffs.

It was an emphatic closing statement.

“The MVP should be locked up,” star receiver Davante Adams said. “There’s nothing else to really talk about.

“I just think you look at everything he does for us, obviously, leading us on the field and the No. 1 seed,” coach Matt LaFleur said. “But you look at the production, I think those numbers kind of speak for themselves, and he’s done it in a variety of different ways in terms of with multiple different people in our lineup and we’ve consistently been able to produce all season long. I don’t think there’s anybody in the game that’s played as consistent or as well as he has the entire season.”

Kansas City Chiefs quarterback Patrick Mahomes was the preseason favorite. Seattle’s Russell Wilson became the early-season favorite following a torrid start. When Wilson faltered, Mahomes vaulted back to the front. Even after Week 14, when Rodgers threw three touchdowns at Detroit and Mahomes threw three interceptions at Miami, Mahomes remained the favorite. It wasn’t until Rodgers and the Packers routed Tennessee in Week 16 that Rodgers surged to the front.

“It seems like everything’s consolidated around Rodgers. It’s his award at this point and it’s hard to see anything different happening,” said Andrew Mannino, the senior sports content analyst at PointsBet. PointsBet has sportsbooks located around the country. Only its Indiana bettors can still wager on Rodgers or Mahomes. (And that’s it.)

At BetMGM, its six-man board includes Davante Adams at +25000.

Here are the odds at some national sportsbooks.