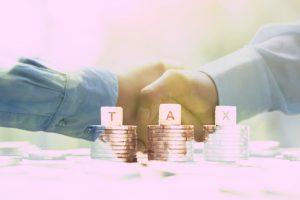 Showboat owners sought an entertainment retail district designation for the water park to make it eligible for the 20-year tax rebate.

The CRDA approved the requested designation to thus entitle the project to an annual rebate of up to $2.5 million in sales tax for a period of 20 years. The entertainment retail district designation also entitles the scheme to tax breaks on construction materials.

The CRDA gave a site plan approval for the proposed water park earlier this month. That earlier approval paired with the requested designation pave the way for developers to break ground on the $100 million project. This is expected to happen early in 2021.

Mr. Blatstein further noted that he strongly believes Atlantic City’s best days “are ahead of it” and that a lot of people don’t event realize the city’s potential.

The Showboat had operated as a hotel and casino resort on Atlantic City’s Boardwalk for 16 years before it closed doors in 2014. The property was one of four casinos in the city to close doors that year. Mr. Blatstein bought it in early 2016 and reopened it as a non-gambling resort in the summer of that year.

He sought permission to resume conducting gambling activities at the complex and the New Jersey Casino Control Commission last year gave him preliminary approval to pursue a gaming license. However, he said Tuesday that he is now 100% focused on expanding the Showboat’s non-gambling offering.

His plans include building a 103,000-square-foot water park and a 30,000-square-foot entertainment center on an empty site on a New Jersey Avenue block between the Showboat and Ocean Casino Resort.

He said earlier that “it’s abundantly clear that Atlantic City is lacking in family destinations” and that the water park and additional planned facilities will make the Showboat the city’s “first year-round family resort.”

Tuesday’s approval for the project’s designation came as welcome news to Atlantic City Mayor Marty Small. The city’s top official said that the proposed water park is a “true game-changer” and that it will take the city “to the next level.”

The Showboat water park is not the only project of this kind pitched by Atlantic City investors in recent years. In 2017, a group led by businessman Ronald Young signed a deal to acquire the shuttered Atlantic Club and reopen it as a family-friendly complex with no gambling that would have been anchored by a massive indoor water park.

However, financing for that venture dried up and the former hotel and casino resort went back on the market and was purchased in 2019 by New York-based developer Colosseo Atlantic City Inc.