Manchester United are 11/2 to sign Jadon Sancho on a busy transfer deadline day for the Old Trafford club.

Striker Edinson Cavani and left-back Alex Telles are reportedly completing their moves to United at the time of writing.

United have been trying to bring in Sancho since the window opened. The player is said to want the move but United have so far failed to meet Borussia Dortmund’s asking price, so the odds have drifted as the deadline has approached.

Cavani is a free agent after leaving Paris Saint-Germain at the end of the summer. United are hoping the 33-year-old will bring guile and goals to their attack. The Uruguayan scored 138 times in Ligue 1 during his seven years with PSG.

Telles is leaving Porto to join United. The 27-year-old will provide competition for Luke Shaw at left-back. Consequently, Diogo Dalot is set to join AC Milan from United for a season-long after failing to establish himself in Ole Gunnar Solskjaer’s plans.

United also made contact with Barcelona about Ousmane Dembélé but the Catalan club reportedly want to sell the player rather than let him go out on loan – United’s preferred option.

Earlier in the window United were linked with Dayot Umpenaco. At 9/1, however, it looks unlikely the Leipzig man will be the subject of a deadline day move even though the Red Devils desperately need to strengthen in the centre of defence. 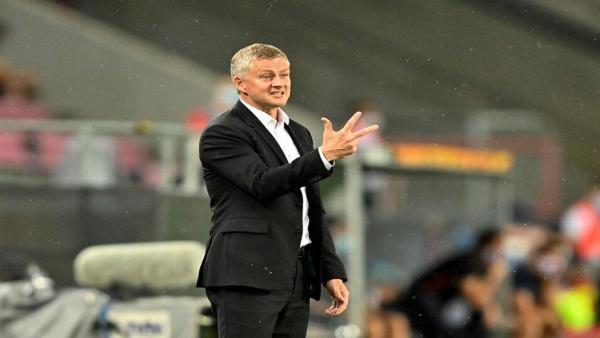 Solskjaer’s own future, meanwhile, is the subject of speculation after United’s wretched started to the season reached a new low with their 6-1 defeat at home to Tottenham on Sunday. United were abject as their former-manager Jose Mourinho’s team ran riot.

The United manager is now [3.35] in the Exchange Next Manager to Leave market.

It will come as no surprise to see Mauricio Pochettino as the 9/5 favourite favourite to replace Solskjaer should the Norwegian leave.

Pochettino has been out of work for nearly a year since leaving Tottenham last November. He has been linked with PSG and Real Madrid, so United know they cannot wait forever if they’re to secure his services.

Elsewhere, Fulham are trying to sign Reuben Loftus-Cheek on loan from Chelsea. The midfielder needs game time and Frank Lampard may allow him to leave for the season.

Other potential loan deals include Theo Walcott to Southampton from Everton and Arsenal’s Matteo Guendouzi to Hertha Berlin.