The Draw was matched at the ceiling price of 1000.0 on the Betfair Exchange this afternoon as West Ham fought back superbly to earn a 3-3 draw against Spurs at the Tottenham Hotspur Stadium.

Jose Mourinho‘s men flew out of the blocks, cruising into a 3-0 lead inside 15 minutes thanks to a brace of goals from Harry Kane and first-minute strike from Son Heung-min. Kane was virtually unplayable during a first half that Tottenham completely dominated, but few could have imagined what was to follow in the second period.

Spurs still looked in complete control when Gareth Bale made his second debut for the club, replacing Steven Bergwijn with just under 20 minutes remaining.

But just 10 minutes later, with nearly £2m being matched on Tottenham to win in the Match Odds at 1/331.03 and lower including over £270k matched at 1/1001.01, Fabian Balbuena headed home Aaron Creswell’s free-kick to give David Moyes‘ men a glimmer of hope.

Davinson Sanchez headed into his own net when trying to clear a dangerous cross with five minutes left on the clock, ensuring a nervous end to the game for the Spurs faithful. And when Bale dribbled his way into the box in stoppage time with just the goalkeeper to beat it looked like the Lilywhites would get over the line with a 4-2 win.

But Bale’s shot went inches wide, allowing West Ham to get the ball forward one last time. A dangerous cross was cleared, but the ball fell to Manuel Lanzini 25 yards out who smashed an unstoppable shot past Hugo Lloris and into the top corner, prompting jubilant scenes among the Hammers players and staff.

Manchester City back as title favourites

Just two league games ago Liverpool were three from three, had overtaken Manchester City as the favourites to win the title, and were matched at a low of 4/51.77 in the Premier League Winner market.

City took three points more than Liverpool in the last two rounds of fixtures thanks to a draw with Leeds and yesterday’s 1-0 win over Arsenal, and they remain three points behind Jurgen Klopp’s men with a game in hand. So it’s as you were at the start of the season, both teams drawing one and losing one, and the title winner prices almost identical to what they were a month ago.

Liverpool are anxiously awaiting news on Virgil van Dijk’s knee injury, with Klopp describing the situation as “not good” following a horror challenge by Jordan Pickford just 10 minutes into Saturday’s derby. It’s feared that the central defender – arguably the Reds’ most pivotal player – could be ruled out for up to eight months if he has suffered cruciate ligament damage.

Following Manchester United’s 1-6 mauling at home to Tottenham two weeks ago, a result that saw him shorten to 2/1 favourite to be the first Premier League manager to lose his job, Ole Gunnar Solskjaer has shown that he’s not afraid to make big decisions.

His starting XI away to Newcastle on Saturday showed five changes from the team that was thrashed by Spurs, including leaving Paul Pogba on the bench, and his side eventually ran out comfortable 4-1 winners thanks to three late goals. 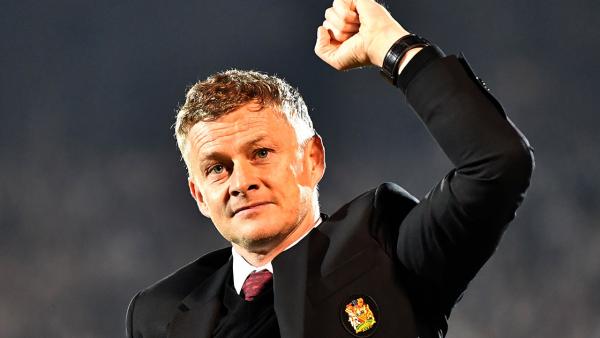 Solskjaer has always come out and spoke honestly, either blaming himself or his team, after a disappointing result, and it’s also very evident that he will always protect and have faith in his players – such as Harry Maguire – when they are going through difficult times on and off the field.

The former United striker certainly isn’t out of the woods yet according to the Sportsbook’s Next Premier League Manager to leave their Post, currently available to back at 12/5 behind Fulham’s Scott Parker, 23/10.