Doug Polk bluffed off a massive session lead against Daniel Negreanu on Day 22, but still holds a sizable advantage at the midway point of their heads-up battle. That is, of course, assuming Negreanu doesn’t opt to quit. 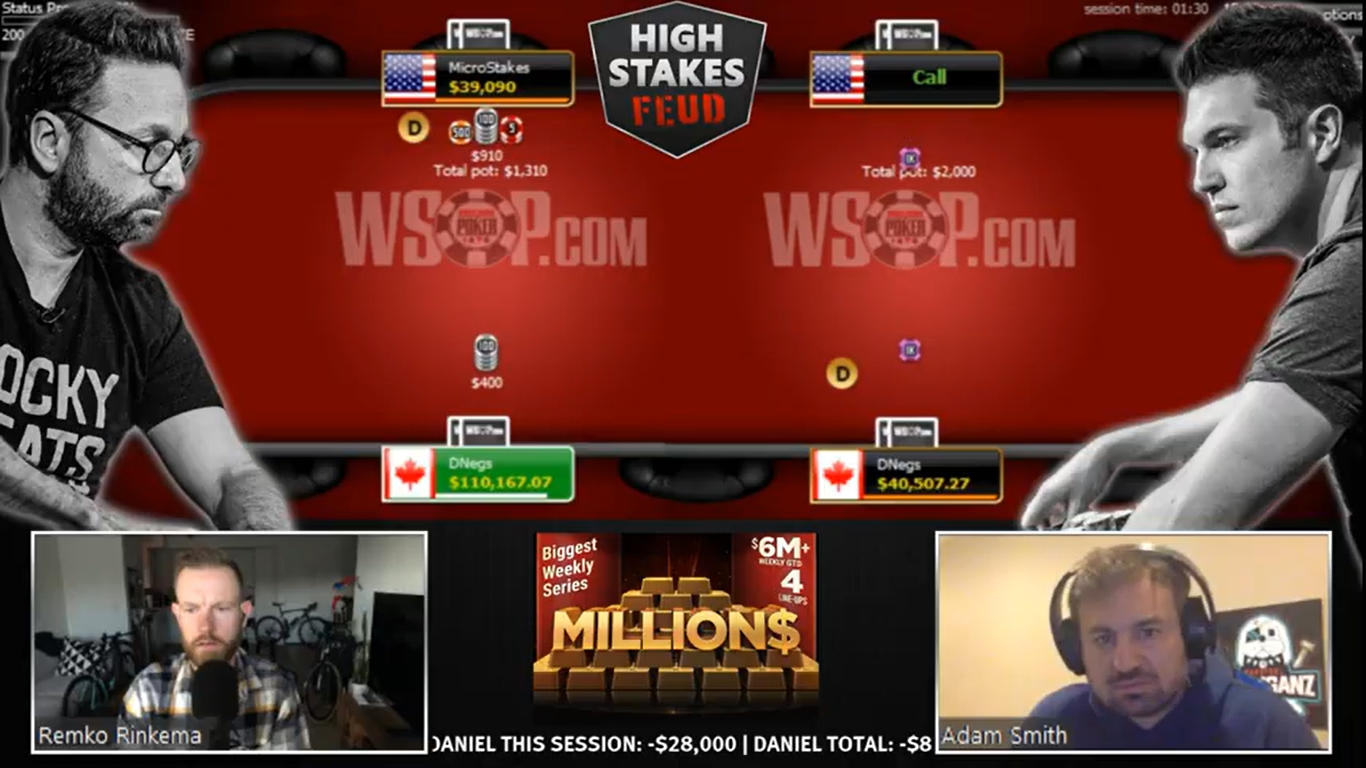 The poker stars played their shortest session to this point on Monday due to reaching the halfway mark (12,500 hands). They both agreed to cut the session short, as this is the point where the losing player (Negreanu) has the option to throw in the towel without penalty.

Negreanu, however, has made it clear he intends to see this thing through to the full 25,000-hand mark. He did admit in the post-game interview on the GGPoker YouTube channel that he isn’t 100% committed to continuing. The long-time poker rivals will get back to the virtual felt on WSOP.com on Jan. 4, assuming Negreanu doesn’t end the match.

All Polk can do now is wait and see what Negreanu decides. He’d like to continue, as he believes he has a significant edge in heads-up No-Limit Hold’em against the GGPoker ambassador. On Monday, however, he gave back some of his massive lead due to numerous failed bluffs.

Polk began the session like he has on many days — busting out to a big lead. At one point, he was up more than $130,000 on the day. In one hand, he took an entire stack from Negreanu with pocket aces up against pocket jacks. He also hit a few sets to win big pots. Then, it quickly came crumbling down.

In the day’s most crucial hand, Polk had nothing and punted off approximately $75,000, bluffing into Negreanu’s nut straight. Moments later, Negreanu called a $40,000 river over-bet with K-10 (he had just top pair) and was correct.

The future of this challenge now hangs in the balance. Negreanu isn’t ready to make a decision, so we’ll wait for him to weigh his options. If the match continues, the players will be back in action on Jan. 4 at 2:30 pm PT. If not, Polk will exit with a $764,000 profit.