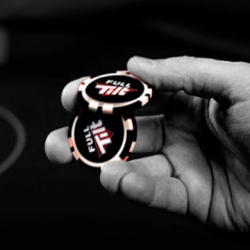 It’s not like PokerStars didn’t give it a chance.

When the Stars Group bailed out Full Tilt Poker poker players after Black Friday and took over the brand, they put it on the PokerStars platform. But they kept some of the signature Full Tilt promotions like the Deal. They kept the logo but altered it slightly. The Stars Group didn’t erase the name or its players.

Nearly a decade later, however, PokerStars – now under the Flutter Entertainment umbrella – decided to retire the brand. Player accounts and balances will move to PokerStars, and the company will shut down the desktop and mobile applications associated with Full Tilt.

Most players said goodbye to Full Tilt Poker many years ago. The rest of them must do so this week.

The Full Tilt Poker story started in the summer of 2004. Owned by TiltWare, the site began accumulating players on July 10, 2004. Names like Chris Ferguson and Howard Lederer got together to create the company, along with Rafe Furst and Ray Bitar.

The poker site quickly grew to become one of the most popular. Its Team Full Tilt boasted of some of the biggest names on the poker scene with Phil Ivey, Jennifer Harman, Andy Bloch, Phil Gordon, Erik Seidel, and Erick Lindgren. Others joined through the years, including Patrik Antonius, Gus Hansen, Mike Matusow, Allen Cunningham, John Juanda, Viktor Blom, Clonie Gowan, and Tom Dwan.

While the big names remained on Team Full Tilt, the site grew a roster of “red pros” and “friends of Full Tilt” that exceeded 150 members at one point. Full Tilt Poker quickly became one of the largest sites in the world for online poker, often battling PokerStars for the top spot.

That all came to fruition on April 15, 2011, when the US Department of Justice revealed indictments against the top executives at Full Tilt Poker, including Bitar, as well as those at PokerStars, UltimateBet, and Absolute Poker.

While PokerStars immediately began working with the US government to pay its players, Absolute Poker and UltimateBet disappeared from the landscape altogether. Full Tilt Poker began to collapse into itself, its structure crumbling and unable to pay players. By September 20, 2011, the DOJ determined that Full Tilt may have purposely operated as somewhat of a Ponzi scheme. Whether due to intentional fraud or simple mismanagement, Full Tilt became insolvent.

PokerStars continued to work with the US government to make things right, first by handling its own player remissions and then offering to do the same for Full Tilt players. The DOJ agreed that PokerStars could do so in exchange for taking control of the Full Tilt brand, software, and other remaining assets.

PokerStars moved forward in facilitating the payment of Absolute Poker and UltimateBet players from the fines it paid to the US government. Meanwhile, the company worked its way back into the US market through New Jersey and then Pennsylvania. The company just launched its latest online products in Michigan at the beginning of 2021. Prior to that, however, in 2020, Flutter Entertainment finalized its acquisition of PokerStars and the Stars Group for $6 billion.

Not long after the blending into Flutter, PokerStars quietly decided to begin the shutdown of Full Tilt Poker. According to Pokerfuse and its sources, PokerStars began shutting down the European Full Tilt platform last year and now confirms it will officially close Full Tilt for good.

The PokerStars and Full Tilt websites now state that Full Tilt’s desktop and mobile applications will shut down on February 25, 2021.

“Our commitment to improving PokerStars software and the PokerStars customer experience in recent years has limited the amount of focus and resources we could apply to the evolution of Full Tilt. We feel it is time to consolidate brands so that everyone has access to the newest features and most innovative games which are available exclusively on PokerStars.”

The process of accounts transferring to PokerStars should be seamless, since Full Tilt accounts already link to PokerStars. The same username and password will work at PokerStars. And balances are already available on PokerStars, along with the ability to withdraw funds if desired.

Even when Full Tilt is offline as of February 25, players can access all of their information and funds via desktop or mobile PokerStars.