State legislators continue to deal with gambling on historic horse racing in Kentucky, but passing legislation is anything but a sure bet during the 2021 General Assembly session.

The House and Senate are back in session today.

Sen. Whitney Westerfield, R-Crofton, posed amendments to SB120 on Thursday before the Senate adjourned until Feb. 9. One of his amendments would place the Horse Racing Commission under the Executive Branch Ethics Commission’s authority. 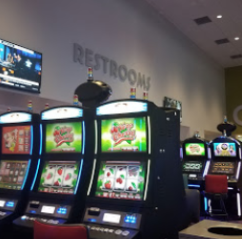 “The slot machines that have been ruled illegal by a unanimous Supreme Court decision have taken in hundreds of millions of dollars from patrons over the last decade,” he said. “Two small words in the slot machine bill give the tracks cover and effectively backdates their legality, closing the door to civil claims from bettors. I don’t believe this is equitable for those bettors, particularly since the tracks knew they were on questionable legal ground from the beginning.”

Westerfield’s other amendment stresses the importance of public confidence in the Kentucky Horse Racing Commission.

“Gaming in all its forms preys on our people, but if the votes are there to pass such a measure, I want to be sure the powerful Horse Racing Commission, which makes decisions affecting billions of dollars, is subject to the same ethical standards and scrutiny as other important executive branch agencies,” Westerfield said.

On Friday, a group of 10 Democrat members of the State House published an op-ed with the Courier-Journal asking that “large casino corporations” overseeing historic horse racing pay their fair share of taxes if made legal.

The legislators said historic horse racing will rake in $3.6 billion this year while paying only around $15 million in taxes to Kentucky’s General Fund. Meanwhile, the Kentucky Lottery reported more than $1.2 billion in ticket sales in 2020 and returned more than $278.5 million to the Commonwealth.

Legislators wrote, “A longtime argument for casino gambling in Kentucky was that while these activities have social costs, people are crossing the borders into Ohio, Indiana and other states to play them regardless — giving our neighbor states the tax revenue. Through the backdoor method of HHR slot machines, we now have slots in Kentucky. But because of the egregiously low tax rate, we are not seeing the tax revenue we should. We’re paying the social costs of gambling but receiving almost none of the benefit.”

The legislators estimate tax rates that are competitive with neighboring states would raise the taxes received from historic horse racing to around $100 million.

They wrote, “When the existing tax rate on HHR slot machines was established, the explosive growth that would follow was not foreseen. It’s resulted in enormous profits for large gambling corporations even while the General Assembly has had to make harmful cuts to critical public services. The CEO of the primary corporation running these slot machines, Churchill Downs, made $10.6 million last year even while the median employee at the company made just $23,670. Churchill Downs has seen its stock price soar 400% in the last five years thanks in large part due to slots.”