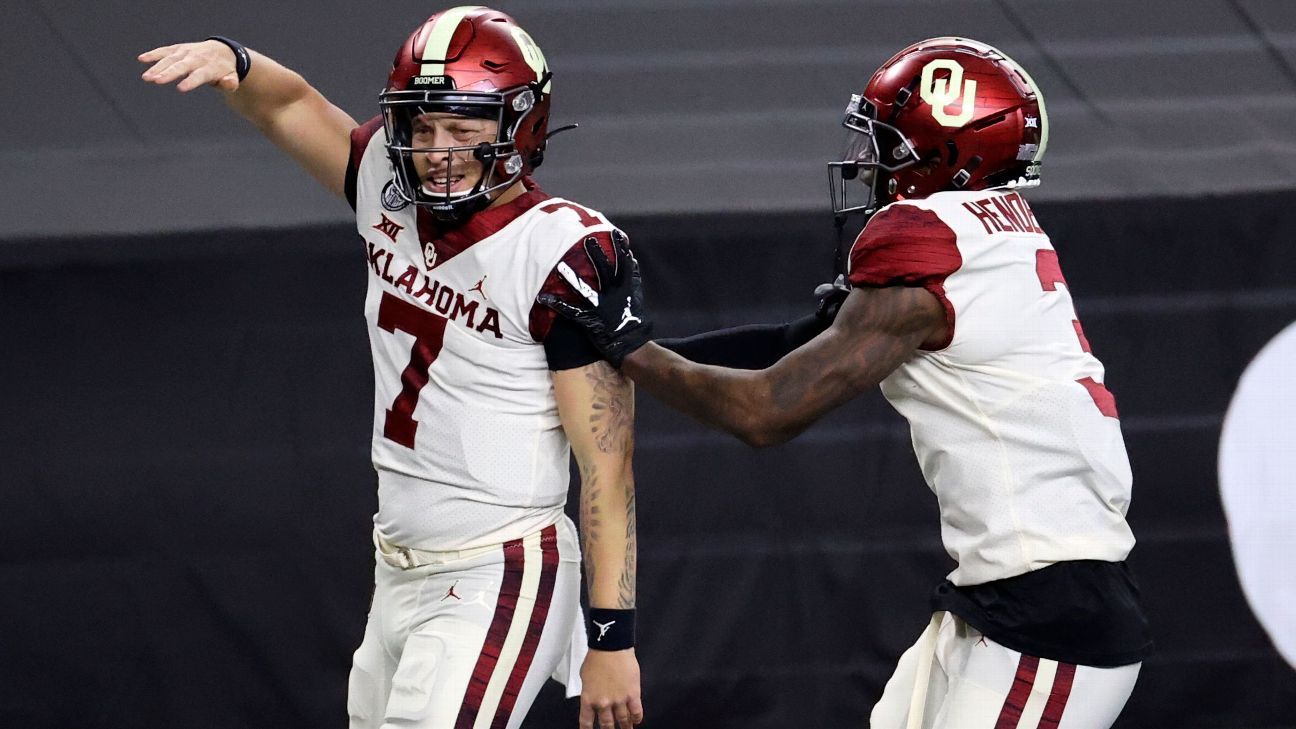 The point spread on the Cotton Bowl between Oklahoma and Florida moved dramatically this week, with the Sooners going from underdogs to favorites of more than a touchdown in the hours leading up to kickoff Wednesday (8 p.m., ESPN).

The Gators opened as 3-point favorites last week, but the line flipped in favor of Oklahoma after several key Florida playmakers opted out of the bowl game, including star tight end Kyle Pitts and leading receiver Kadarius Toney.

On Monday, after Florida’s opt-outs were made public, sportsbooks moved the Sooners to 3-point favorites. The line continued to grow significantly Wednesday, and Oklahoma was an 8.5-point favorite in the hours leading up to kickoff.

Matt Metcalf, sportsbook director for Circa Sports in Las Vegas, said his shop started seeing bets on the Sooners on Tuesday night, shortly after Miami quarterback D’Eriq King was injured and knocked out of the Cheez-It Bowl against Oklahoma State. Metcalf said he believes bettors were speculating that Florida quarterback Kyle Trask, an NFL prospect, might not play the entire game against the Sooners.

On Wednesday morning, Caesars Sportsbook by William Hill reported that 51% of the point-spread bets were on the Gators, but 73% of the money wagered was on Oklahoma.