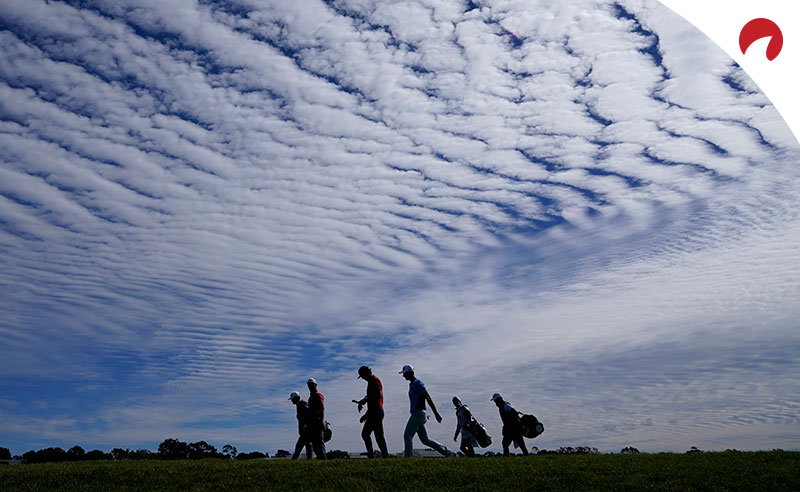 Here’s a look at the golfers with the likeliest odds to go all the way in the Sunshine State:

Who is Favored to Win the WGC-Workday Championship?

Odds as of February 22 at Bovada

To learn more about wagering on the links, check out our How to Bet on Golf page. Looking to put some money down? Our Best Golf Sites article will help you find the sportsbook that’s right for you.

Due to logistical challenges via the COVID-19 pandemic, the year’s first World Golf Championships event will relocate from Mexico in favor of Florida. A loaded field is set to descend on the Concession Golf Club, as the top 15 golfers in the Official World Golf Ranking will tee it up this week.

Four men – Sebastian Munoz, Mackenzie Hughes, Lanto Griffin and Cameron Champ – earned a spot in the field as a result of their finish in last year’s FedExCup standings.

The winner of the WGC-Workday Championship receives 550 FedExCup points.

Can Reed Defend His Title?

Patrick Reed, one of the most controversial players on the PGA Tour, emerged triumphant at the first WGC event of the year in 2020, which was then held in Mexico City.

Reed birdied holes 15, 16 and 17 on the final day despite making it interesting with a bogey on the 72nd hole. The American’s 4-under 67 was good enough to fend off runner-up Bryson DeChambeau for his second WGC trophy.

Jon Rahm and Erik van Rooyen finished T-3, while Rory McIlroy rounded out the top five south of the border.

Hatton, the fifth-ranked player in the Official World Golf Ranking, has been in excellent form of late with four straight top-22 finishes on the European Tour, including a win at the Abu Dhabi HSBC Championship a month ago.

Hatton has the talent to get it done on both sides of the pond. The Englishman won the Arnold Palmer Invitational last year and is in an excellent spot to add another title to his collection in North America.

Smith is a risky pre-tournament bet due to his streaky nature, but the +5000 value is too good to pass up on him at the WGC-Workday Championship.

Smith is coming off a fourth-place showing last week at Riviera, which is his third top-five finish of the season (second at the Masters, T-4 at the ZoZo Championship).

There’s going to be plenty of stellar competition in his way, but the Australian is not afraid of performing on the big stage, and the WGC-Workday Championship certainly fits that description.

Golf is unique for many reasons, but one of them is the significant number of betting props available at weekly tournaments. The WGC-Workday Championship is no different.

Sportsbooks are offering odds on things like whether there will be a hole-in-one, OVER/UNDERs on the winning score for the eventual champion and odds on which players from specific countries will have the lowest score, to name a few.

Like other sports, betting on props is a fun and unique way to enhance your golf gambling experience.

Live Betting is arguably one of the most exciting ways to bet on golf. If the player you placed a pre-tournament bet on is out of the running at any point during the WGC-Workday Championship, you can bet on another golfer as the days go by and have another stake in the game.

If there are only a few men in the hunt on the final day, the odds likely won’t be significantly high, but your chances of winning are. We’ve seen this happen multiple times in the PGA Tour’s Return to Golf, as multiple tournaments have gone to a playoff.

These helpful pages will assist you in handicapping your golf wagers: