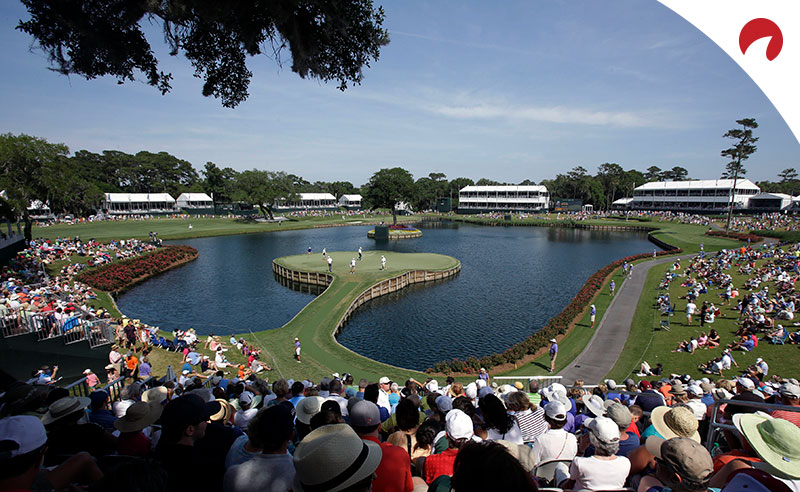 The Players Championship is widely regarded as the top non-major golf tournament on the PGA Tour, and the 2021 edition of the tournament at TPC Sawgrass in Ponte Vedra Beach, Florida, is shaping up to be a classic. When it comes to odds lists, Dustin Johnson is the man to beat.

Here’s a look at the golfers with the likeliest odds to go all the way:

Who is Favored to Win the Players Championship?

Odds as of March 8 at Bovada

To learn more about wagering on the links, check out our How to Bet on Golf page. Looking to put some money down? Our Best Golf Sites article will help you find the sportsbook that’s right for you.

Plenty of Talent Descending On Sawgrass

The 2021 Players Championship will have a significantly different look than last year, as the 2020 Players featured an unprecedented cancellation after the first round due to the emerging COVID-19 pandemic.

Johnson, the reigning FedExCup champion and world No. 1, headlines a field that includes 28 of the top 30 in the current FedExCup standings and 48 of the top 50 in the world rankings.

There will be 112 PGA Tour winners set to tee it up at TPC Sawgrass, along with 10 past Players winners in the field.

Can Matsuyama Get Hot Again?

Hideki Matsuyama is back at the Players after an extremely impressive opening round a year ago before the event was called off. Matsuyama shot a 9-under 63 through 18 holes in 2020, tying the tournament record in the process.

No golfer has won the Players in consecutive years, a streak that will continue in 2021 with no tournament completed last time around. Since 2000, more than half of the eventual champions at TPC Sawgrass have been international players, including four of the last six.

Cantlay has risen to the top tier of the PGA Tour, so it’s no surprise to see him come in at fifth on the oddsboard in a loaded field. Cantlay enters this week with the most total strokes gained of any player in the field over the past 24 rounds and hasn’t finished outside of the top 15 in any of his four tournaments this year.

Cantlay has wins at the ZoZo Championship, Memorial Tournament and the Shriners Hospitals for Children Open under his belt, but he has yet to notch a big-time win. This would be the place to do it.

Scott, the 2014 Players champion, is notorious for posting high finishes in this tournament. Scott has posted six top-20s in his last eight appearances at the Players, with four straight top-12s.

At 40, Scott is certainly past his prime, but he’s had a resurgence in recent years and can still get the job done despite being in the twilight of his career. The Aussie ranks first in total strokes gained and second in strokes gained: tee-to-green in his last 36 rounds at TPC Sawgrass.

Golf is unique for many reasons, but one of them is the significant number of betting props available at weekly tournaments. The Players Championship is no different.

Sportsbooks are offering odds on things like whether there will be a hole-in-one, OVER/UNDERs on the winning score for the eventual champion and odds on which players from specific countries will have the lowest score, to name a few.

Like other sports, betting on props is a fun and unique way to enhance your golf gambling experience.

Live Betting is arguably one of the most exciting ways to bet on golf. If the player you placed a pre-tournament bet on is out of the running at any point during the Players Championship, you can bet on another golfer as the days go by and have another stake in the game.

If there are only a few men in the hunt on the final day, the odds likely won’t be significantly high, but your chances of winning are. We’ve seen this happen multiple times in the PGA Tour’s Return to Golf, as multiple tournaments have gone to a playoff.

These helpful pages will assist you in handicapping your golf wagers: