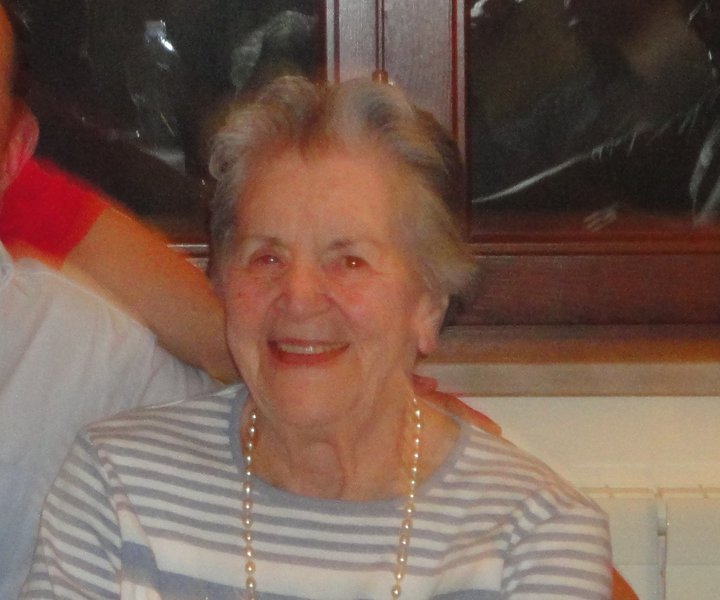 Leda
was born in Santa Maria Del Giudice, Italy on August 5, 1921, the
third of six children of Pierto and Teresa Fustini.

She married Gilberto Seghetti in Italy in 1949. Together they came
to the U.S. in January 1950 and settled in Humboldt County. Their
daughters Teresa and Roberta arrived in 1950 and 1954.
Leda
was an outstanding cook, famous for her polenta and chicken
cacciatore as well as her fabulous spaghetti sauce. A daycare
provider for many years, her young clients often called her Mrs.
Spaghetti.

Leda Married Amador Rossi in the summer of 1973 and they revisited
Italy on their honeymoon. After Amador’s passing in 1983, Leda
continued to live independently until she was 95 years old.

She was an enthusiastic fan of television wrestling and also
enjoyed the local casinos. In 2011 at the age of 89, she traveled
to Italy with her daughters for a wonderful visit with family in
Pisa, Lucca and Santa Maria. In 2017 Leda moved to Frye’s Care Home
where she enjoyed playing bingo and the weekly accordion
performances, often singing along to the Italian songs. The family
is grateful to Dolly Frye and her staff for their loving care.

The obituary above was submitted on behalf of Leda Rossi’s loved ones. The Lost Coast Outpost runs obituaries of Humboldt County residents at no charge. See guidelines here.