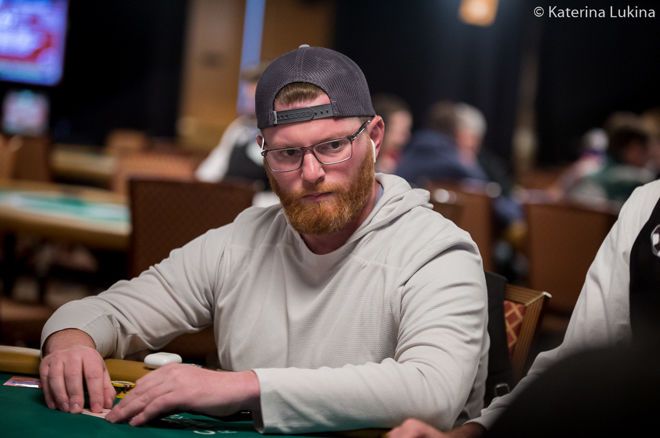 The penultimate Super MILLION$ final table of the year is set and what a final table it is. Any of the nine finalists would make worthy champions, but only one player will be able to call themselves that.

Ireland’s “Xingyun888” is the player to catch when the first cards are pitched at 6:00 p.m. GMT on December 22. They return with 4,643,847 chips in what is there their first Super MILLION$ final table from 10 attempts.

The Irish grinder is guaranteed $57,502 regardless of where they finish tonight, which is their largest-ever GGPoker score.

Three WSOP Circuit Rings Awarded on GGPoker Over the Weekend

Nick Petrangelo is one of the best no-limit hold’em tournament players ever yet this is, remarkably, his first Super MILLION$ final table appearance. Petrangelo has cashed five times in 18th attempts. The man originally from Massachusetts has almost $17.5 million in live tournament winnings and a similar amount from his online poker exploits. The fact the Upswing Poker content creator is armed with a big stack spells bad news for his opponents.

Aleksei Barkov of Russia is the man in third place with a 3,142,947 stack of chips in his arsenal. Barkov isn’t a regular in this event but his record is superb. The Russian has now played six Super MILLION$, cashed in four and reached the final table twice. His previous final table ended in a seventh-place finish worth $234,738. He needs a third place of better to surpass that score.

Julian Stuer is another player reaching his second Super MILLION$ final table. Stuer has played 26 of these $10,000 buy-in events and has won $159,858 from four cashes and a final table appearance. Turning his 2,360,431 stack into sixth place or better will mean Stuer is showing a lifetime profit in this high stakes tournament.

Another Russian, in the shape of Team partypoker pro Anatoly Filatov, is at this star-studded final table. Filatov currently finds himself eighth in Russia’s all-time money list thanks to $5.17 million in winnings. He has another $7.5 million from his efforts in the online poker realm. Filatov has a little work to do at this final table as his 1,605,261 chips equate to only 20 big blinds but he has a legitimate shot of glory this evening.

The United Kingdom’s Simon Higgins has cashed in this event for the second time and reached his first final table. Higgins’ previous best finish, from 13 attempts, was a 19th place finish back in July that weighed in at $25,001. Higgins has won more than $1.2 million at GGPoker, thanks in part to a victory in the Global MILLIONS that netted him $132,092.

Returning to the action with 1,177,888, or 17 big blinds, is Canada’s Daniel Dvoress. Both of Dvoress’ previous stints at Super MILLION$ final tables have ended in seventh-place finishes. Ironically, he sits down at this finale seventh in chips. The talented pro has more than $5.2 million in GGPoker winnings, $1,489,289 of that sum coming from him taking down the WSOP Millionaire Maker this summer. Write Dvoress off at your peril.

Ukraine’s Vlad Martynenko, formerly “VladTheSlaye”, is the players bringing up the rear at the restart. The Ukrainian’s 760,859 stack is good for 9.5 big blinds, meaning he has plenty of work ahead of him if he wants to get anywhere near his best result in this event. Martynenko finished second on November 15, Can he mount an epic comeback this time around? Don’t bet against him because he’s won three WSOPC side events since securing his place at this final table!