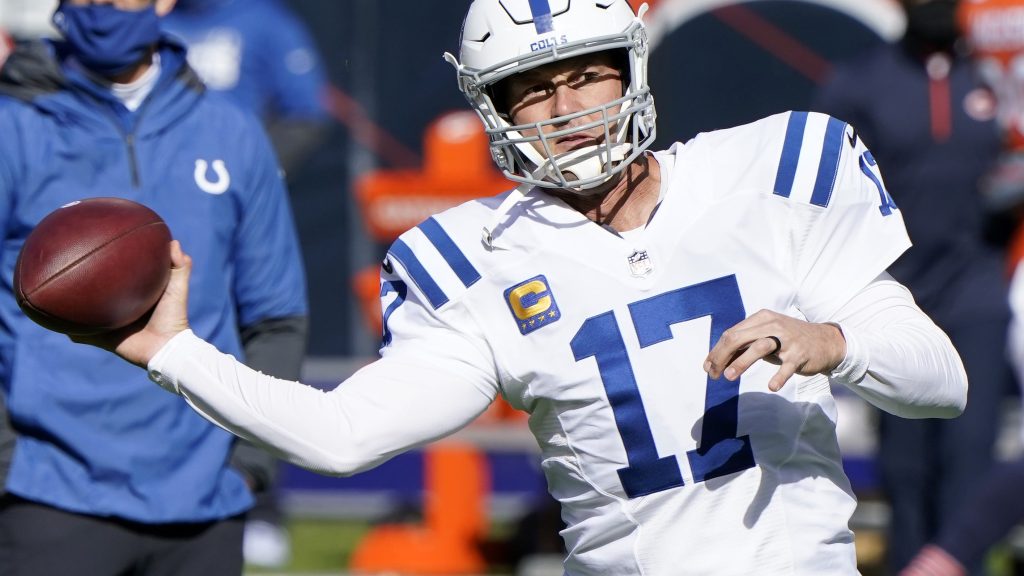 The Indianapolis Colts (3-1) visit the Cleveland Browns (3-1) Sunday, looking to win a fourth straight game. Kickoff is at 4:25 p.m. ET at FirstEnergy Stadium. Below, we give you four player/team prop bets to consider from the BetMGM game menu.

Rivers has been Under that total each of the last three weeks, but the Browns give up a lot of yards through the air. Baltimore Ravens QB Lamar Jackson threw for 275 yards vs. the Browns in Week 1, Cincinnati Bengals QB Joe Burrow had 316 in Week 2 and Dallas Cowboys QB Dak Prescott tossed for 502 yards last week. Only Washington Football Team QB Dwayne Haskins finished Under with 224 yards in Week 3. Basically, every solid starting quarterback has surpassed that total. Expect it again.

Bet $1 on the Indianapolis Colts money line, win $100 (in free bets) if the Colts score a touchdown. Place your legal, online sports bets in Indiana at BetMGM, The King of Sportsbooks. Terms and conditions apply. Bet now!

Taylor has had at least 17 carries in two of his three starts this season, but no running back has had more than 16 carries against Cleveland this season.

The Colts only scored 19 points in Week 4 against the Chicago Bears, but they reached 20 points first in each of their first three games, including their Week 1 loss to the Jacksonville Jaguars. Cleveland has reached 20 before its opponent only twice this season.

Want action on any of these props? Sign up and bet at BetMGM. If you’re looking for more sports betting picks and tips, visit SportsbookWire.com. Please gamble responsibly.