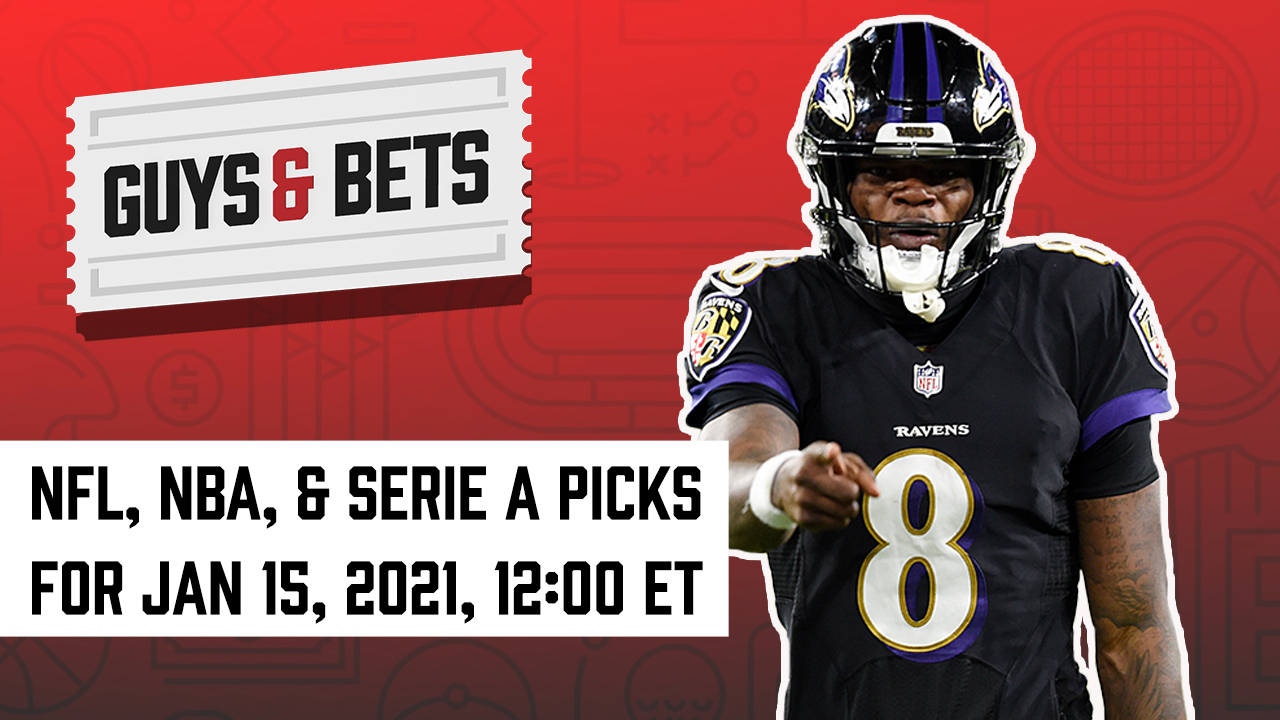 Time to get your bets set for the NFL Playoffs as the Divisional Round goes this weekend and we’ve got picks from all games and a whole lot more.

Joe Osborne, Andrew Avery, Iain MacMillan and Pamela Maldonado will give you their best bets from the NFL, NBA and Serie A on Friday’s episode.

Obviously we have NFL football, so that means Joe has a teaser. One of the teams he’s looking at is the Cleveland Browns. After a stunning upset last week, Cleveland is now a double-digit underdog on the road against the Kansas City Chiefs. The Chiefs have been good, but not great lately, and haven’t been covering at a rate you’d expect, so getting the Browns up to +16 is a treat. The other team Joe is pairing with the Browns is an NFC home squad.

Joe’s eyeing up an NBA contest for his next pick as the Atlanta Hawks are in Salt Lake City to face the Utah Jazz. The new-look Hawks have meshed nicely to start the season as they sit at .500 and have shown improvements on the defensive end. The Utah, on the other hand, have been a steady consistent squad, while holding teams to an average of 106.6 points per game – good enough for third-fewest in the Western Conference. Joe’s bet here is on the total.

Joe’s final bet for the show is a player prop in the NBA. Shai Gilegeous-Alexander is one of the rising stars in the NBA and took a big step in his development last season. The youngster leads the Thunder in points per game, minutes per game and assists while averaging 5.4 rebounds per night. His opponents tonight, the Chicago Bulls, aren’t exactly a defensive force.

Ninja has found a Cleveland Browns bet that he likes a lot. If there’s one thing the Browns can do really well, it’s run the ball. They finished the regular season with the third-most rushing yards per game at 148.4. Nick Chubb and Kareem Hunt are an explosive duo that can break one at any time and the Chiefs have been susceptible to the run. Because of that, he’s looking at a points bet but not on full game.

It’s time for a footy pick now as Sampdoria host Udinese in Serie A action. It’s a big game for Udinese as they sit just four points clear of relegation through 17 games, while Sampdoria are in the middle of the pack. The back end for Sampdoria has struggled a bit this season, and lately they’ve allowed two or more goals in two of their last four games. The bet here is a on a total.

Josh Allen and the Buffalo Bills, fresh off their first playoff win in 25 years, host Lamar Jackson and the Baltimore Ravens. Talk about two teams that are peaking at the right time. The Ravens rushing attack has been tearing it up, while Allen and Stefon Diggs have been unstoppable. Buffalo is a small home favorite, but Iain is keeping it straight forward and is betting on the moneyline.

After pulling off the upset last week, the Los Angeles Rams will try to do the same at Lambeau Field as they face the Green Bay Packers. We have quite the wide receiver vs cornerback matchup with Davante Adams and Jalen Ramsey lining up against each other. Cam Akers was a huge part of the Rams success last week and will need to be again for the Rams to advance. Iain is looking at the spread for his bet on this game.

Pamela has found a plus-money touchdown prop bet on the other NFC playoff game between the Tampa Bay Buccaneers and New Orleans Saints. Yes, it’s Tom Brady vs Drew Brees, but it’s much more than just them. These two offenses have been surgical at taking apart opposing defenses, but both sides have been dealing with injuries to their star receivers: Michael Thomas and Mike Evans. Not to mention, each team boasts a good group on the defensive side of the ball.