The company that is taking over the worst-performing casino in Atlantic City has shared plans to turn the gambling venue into a place with a strong presence and even stronger performance by making a $90-million investment into the establishment and strengthen its offerings.

Now the operator called Twin River Worldwide Holdings is seeking preliminary approval from the local gambling regulator – the New Jersey Casino Control Commission – to operate the venue while the watchdog is taking its casino license application into consideration. The hearing was given a start on November 4th and is scheduled to be brought to an end sometime today.

Twin River is set to officially change its name to Bally’s on November 9th. The company is currently in the process of acquiring the casino property from its previous owner – Caesars Entertainment – in a $25-million deal that is expected to be finalized by the end of 2020.

The executive vice president of Twin River, Marc Crisafulli, has confirmed that his company is willing to make sure that Bally’s not only returns to its former glory but also is made competitive again. Mr. Crusafulli shared that the company remains committed to making it one of the Boardwalk’s iconic properties. 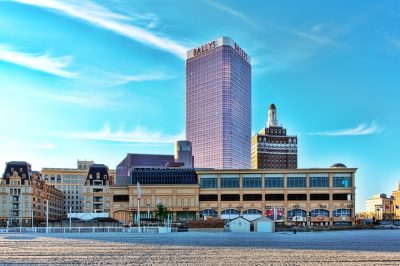 Bally’s one of the oldest casinos in Atlantic City, having made its debut in 1979, and once was among the leaders of the gambling market in the city.

As reminded by an attorney representing Twin River, Lloyd Levenson, the venue had been named after the Monopoly board: Bally’s at Park Place, with its sixth floor having been a glorious place that attracted visitors who wanted “to see and be seen”.

Unfortunately, the casino faced multiple financial difficulties and currently ranks last out of the nine casinos that operate in Atlantic City in terms of revenue won from patrons. According to financial reports, Bally’s has won almost $72 million for the first nine months of 2020, while the top casino in Atlantic City, Borgata, has generated $373 million over the same period.

Previously, the new owner of the place shared that it had planned to invest $65 million as part of its efforts to bring a new life to the property. Yesterday, the company revealed that it now plans to invest $90 million in the casino. According to the operator’s chief financial officer Stephen Capp, Twin River’s liquidity that the company can access and use as a valuable resource is worth $500 million.

As revealed by the new owner and investor, the company plans to establish a new sportsbook at Bally’s once it finalizes the takeover deal and it is granted an operating casino license by the New Jersey Casino Control Commission. The new owner of the place further explained that the existing sportsbook in Bally’s Wild Wild West section is set to become part of the adjacent Caesars casino following the completion of the deal.