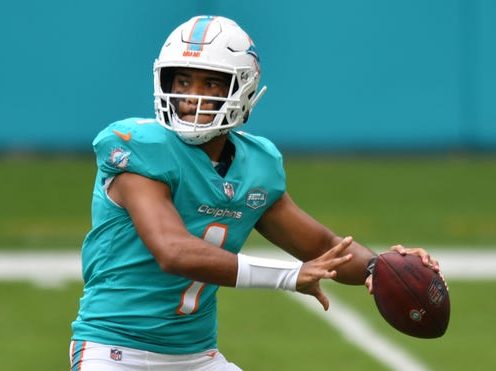 For the first time in a long time, when the New England Patriots and Miami Dolphins meet in late December this year, the team jockeying for playoff position and the team staying home when the regular season ends has reversed itself. It is the Miami Dolphins, clinging to the seventh seed in the AFC, that have everything to play for on Sunday.

And while the Patriots aren’t officially eliminated from playoff contention, their realistic paths to the postseason are few and far between.

It took awhile for people to become Miami believers. For the first eight games of the season, the Dolphins were the underdog seven times. The lone time they were favorites was against the Jets.

That string of underdogs included Week 1 at New England when the Dolphins were getting more than a touchdown from oddsmakers. Miami covered in five of those seven games. They became a playoff contender by midseason, and have been the favorite in five of its last six games.

Those who partake in online betting probably know that the Dolphins have covered the spread in all but one of those recent games.

Bill and Cam hope to beat the Miami Dolphins for the second time this season.

We knew the Patriots would be a team in transition this year. What we didn’t know was just how up and down they would be.

A strong start to the season saw them beat Miami, come within a yard of winning in Seattle, and then easily best the Raiders in Las Vegas.

But then came Cam Newton’s positive COVID-19 test and four straight Patriots losses – the first four-game losing streak for New England since 2002. While the Patriots seemed to play themselves back into playoff contention with wins over Baltimore, Arizona, and the Chargers, they were demolished by the Rams last week to drop to 6-7.

The Dolphins may be one year too early for them to really make noise in the NFL playoffs. As one of the best against the spread this season, they could make things interesting for postseason bettors.

But in reality, they have the most inexperienced quarterback of all of the playoff contenders, and that will ultimately hold them back if they get there.

Getting there remains a challenge. The Dolphins have their old nemesis New England this week, and then games at Las Vegas and at Buffalo. The NFL odds have them as 2.5-point favorites this week

The Raiders have slim playoff hopes, and the Bills will be fighting for one of the top AFC seeds, so both of those games will be tough.

All that being said, only one team has something to play for on Sunday, and it’s the team with the bright future – as said by Patrick Mahomes after his Chiefs narrowly beat Miami last Sunday.

These teams split the season series in 2017, 2018, and 2019, and a Miami win on Sunday will make it four straight years that they’ve beaten the Patriots.

Miami wins by at least four points. Bet this pick now at BetUS and get a 125% sportsbook bonus. Use promo code SBA125