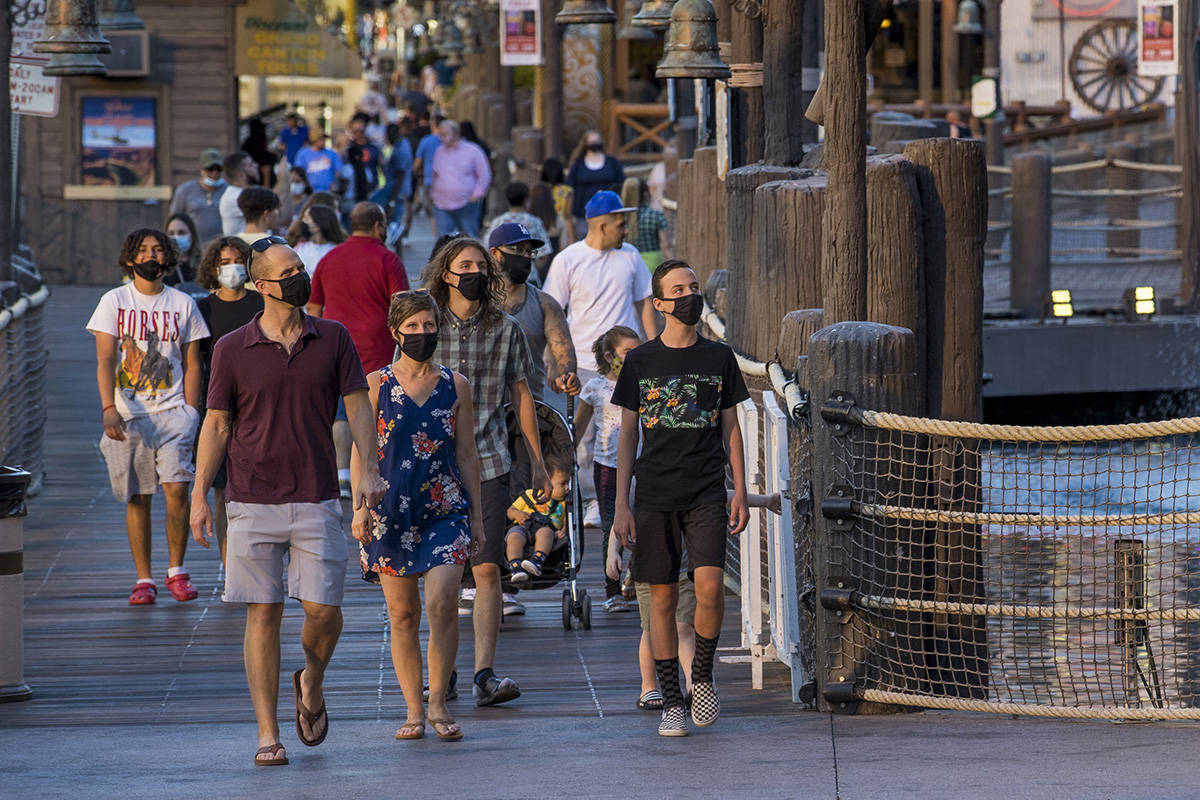 Nevada’s unemployment rate last month was below its peak during the Great Recession but remains high, state officials reported Wednesday.

An estimated 13.2 percent of the state’s workforce was unemployed in August, down from 14.2 percent in July, according to seasonally adjusted figures released by the Nevada Department of Employment, Training and Rehabilitation, or DETR.

The state gained 6,500 jobs in that time, said the department, which pointed out that Nevada’s jobless rate last month still was far higher than the nation’s, at 8.4 percent.

Nevada’s tourism-heavy economy has been devastated by the coronavirus pandemic, which prompted Gov. Steve Sisolak to order sweeping business closures in March to contain the virus’ spread and has kept people home and away from crowds for fear of getting infected.

The state’s unemployment rate, just 3.6 percent in February, shot up to 30.1 percent in April after the Strip turned into a ghost town of closed resorts. The rate has tumbled as casinos and other businesses were allowed to reopen.

DETR chief economist David Schmidt noted in a news release that Nevada’s share of unemployed workers is now below its peak of 13.7 percent during the last recession a decade or so ago, after the real estate bubble burst.

Despite recovering somewhat from the chaos of the pandemic, Nevada has still shed 133,600 jobs since August of 2019, the department reported.

“Although the labor market continues to improve, we still have a long road ahead for a full recovery,” Schmidt said.

Bob Potts, deputy director of the Governor’s Office of Economic Development, said at a GOED meeting Wednesday that “we were all hoping” for a V-shaped recovery, but that it’s not going to happen.

He also indicated that the pace of job recovery has slowed, and that Nevada is now “on the long stretch” in “getting the economy back on its wheels again.”