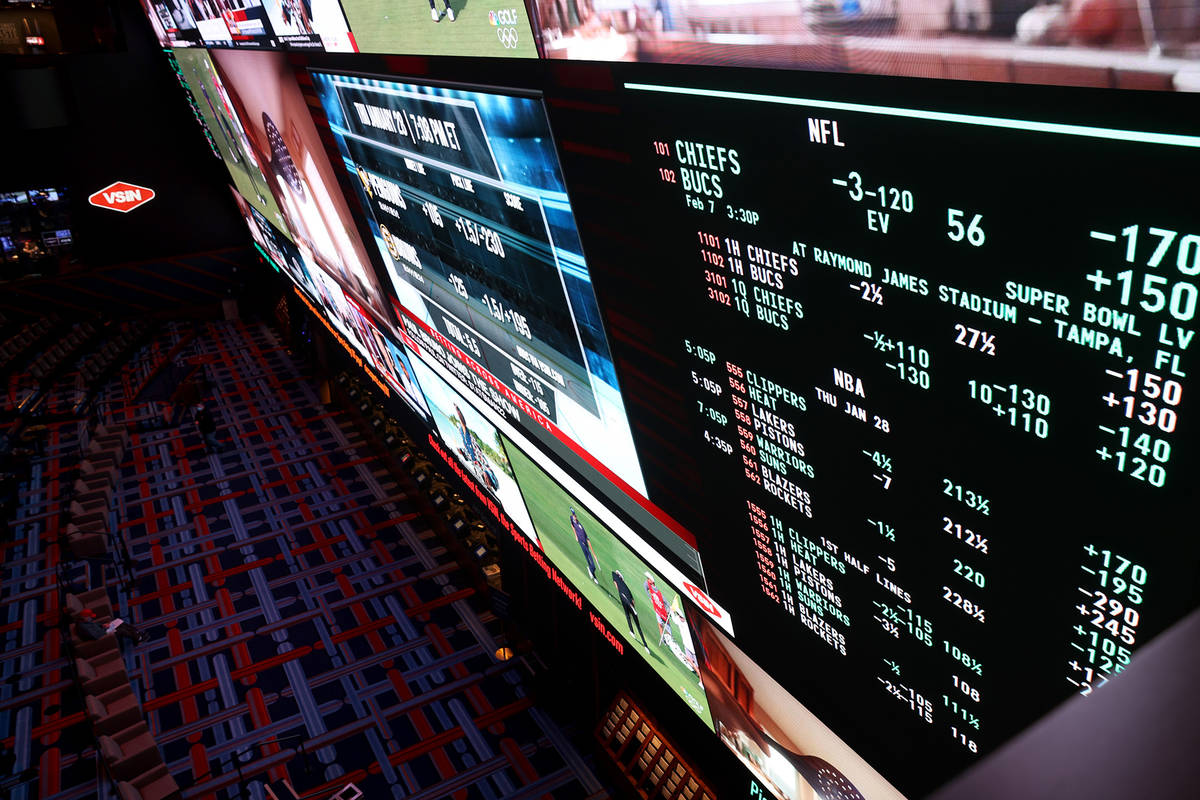 Nevada sportsbooks won big on Super Bowl LV. But their path to a record betting handle, or amount wagered on Tampa Bay’s 31-9 win over Kansas City on Sunday, was intercepted by the coronavirus pandemic.

The state’s 184 books won $12.6 million on $136.1 million in wagers on Super Bowl LV for a hold (win) percentage of 9.2, according to figures released Tuesday by the Nevada Gaming Control Board.

“If there was no COVID, we would’ve broke the all-time record,” William Hill sportsbook director Nick Bogdanovich said. “People love coming to the Super Bowl parties here in Nevada. COVID knocked it out. It’s that simple.”

Nevada set records for Super Bowl handle in three straight years from 2016 to 2018, topping out at $158.6 million in wagers on Philadelphia’s 41-33 upset of New England.

NGCB senior research analyst Michael Lawton also attributed the drop in handle to the capacity restrictions at the state’s casinos caused by the pandemic.

“In Nevada, Super Bowl handle is driven by visitation, and Las Vegas, along with other areas across the state, are destination markets for customers to come and wager on the game,” he said. “Overall, considering the factors that Nevada sportsbooks were facing, these figures represent the fifth-highest total all time for Super Bowl betting volumes since Nevada began recording these figures in 1991. That being said, the board is very pleased with these results.”

“It was all COVID-related,” he said. “It had nothing to do with the spread.”

Nevada had a higher Super Bowl handle than New Jersey, where $117.4 million was wagered on Sunday’s game and books won $11.3 million (9.6 percent hold).

Five of the six reported $1 million-plus bets on the Super Bowl were placed in Nevada.